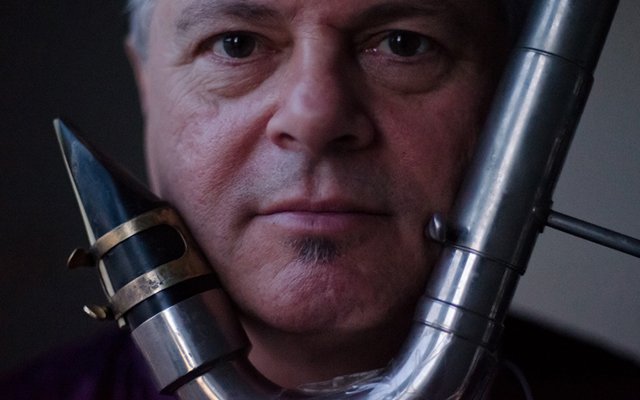 The Jazz history of the bass clarinet has not had a musician like Paul Austerlitz since the great Eric Dolphy put his remarkable and indelible stamp on that demanding instrument during his illustrious life as a musician in the bands of Chico Hamilton, John Coltrane and Charles Mingus. And like his legendary ancestor, Mr Austerlitz sees himself not only as a part of the musical continuum to which he belongs, but by playing “himself” in the strictest sense of human existence at all times – like the aforementioned musicians – Mr Austerlitz has brought a lofty humanity to everything he has done so far as a multi-dimensional artist and pedagogue, from his published writing to his music, and his teaching. His two books Merengue: Dominican Music and Dominican Identity (Temple University Press, 1997) and Jazz Consciousness: Music, Race, and Humanity (Wesleyan University Press, 2005) and seven recordings as leader (including several others as a sideman) are a testament to his enviable reputation both as an academic and a musician. 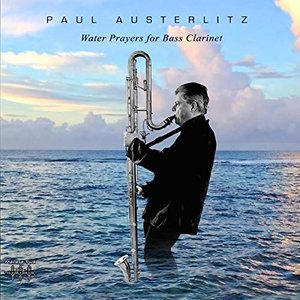 None of this would have stood him in good stead were it not for the fact that Mr Austerlitz is possessed of a deeply spiritual consciousness – something that bears more than a passing similarity with his illustrious musical ancestry – especially with those mentioned above. This deep spiritualism is reflected once again in his 2018 release Water Prayers for Bass Clarinet, the music of which is rooted once again in his favourite hunting ground – the Dominican Republic – but broadens out from there into the music we call Jazz. So singular is Mr Auterlitz’s voice that his music is, like ‘Trane’s music before him, almost alone in the depth of its spiritual exploration, venturing at times into the rarefied astral realm that includes other members of ‘Trane’s Holy Trinity – the incomparable Albert Ayler and Pharoah Sanders.

Mr Austerlitz leads his players on Water Prayers for Bass Clarinet alternating between bass and contrabass clarinet as well as tenor saxophone (on “Lapriye Djo”). His playing throughout is an imaginative touchstone for the next generation of players and composers such as Brian Landrus. Mr Austerlitz’s performance is gorgeous, lustrous and precise, and his playing is articulated with a glorious and vocal gravitas that seems to come so naturally to him. His musicianship is fierce as he digs deep into the expression of each rumbling phrase and line. He is accompanied by players who are completely attuned to his vision and artistry, and each of them brings a deeply interiorised reading (of the music) that complements Mr Austerlitz’s execution. Although the music that represents the Dominican Republic’s ethnic idiom – such as “Legba Nan Baye-A”, “Bara Súwà Yo” and “Lapriyè Djò” – forms the profoundly beautiful highlights of the recording other repertoire – especially “En-Art” – is also brilliantly conceived and executed.

Water Prayers for Bass Clarinet like all his recordings before this one is eventful and eloquent. The music is forceful where it needs to be and touchingly elegiac in works such as “Finnish Waltz” and “Padre”. Everywhere on the disc is evidence of Mr Austerlitz’s dazzling technique on an unforgiving instrument, and without ever selling the emotional intensity of the music short, he never overpowers his spectacular colleagues – pianist Benito González, bassist Santi DeBriano, drummer Royal Hartigan, clarinetist Isaiah Richardson (who is an exquisite foil to Mr. Austerlitz on “Funk-Ay-Be-Sea”) and the brilliant vocalist (especially on “Prayer for the Primal Wind”) Rozna Zila – who in turn realise every colour and expressive import of their parts in these highly significant works.