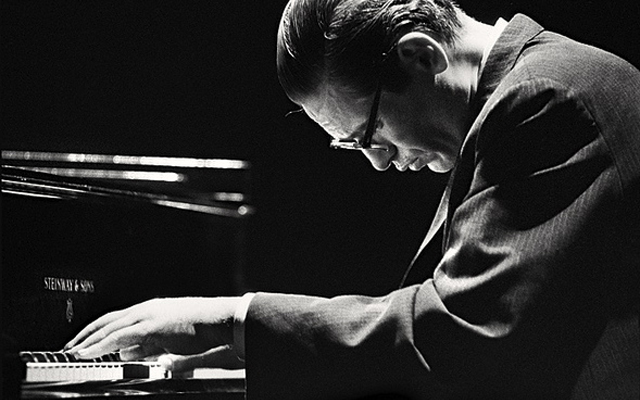 There are times when one is apt to believe that the story of Jazz has been written by its musicians, but conceived and directed by the Greek tragedians – Sophocles, Euripides and Aeschylus. The heart-breaking lives of Charlie Parker, Fats Navarro and Chet Baker unfold as if they were principal characters in a monumental Greek tragedy. And lest we forget, so was Bill Evans, who was similarly consumed by the unquenchable fire of their own genius. But if somehow Evans’ story slipped our minds or was lost with other famous ghosts in the fog of music past it has now been resurrected by an absolutely marvellous biopic by Bruce Spiegel, Time Remembered: The Life and Music of Bill Evans. Don’t be fooled by the dry nature of the title or the fact that this is film is about ‘life’ and ‘music’. Period. It is anything but that.

The dramatic nature of the story of Bill Evans is compellingly told by a cast of characters who were either family by blood or family ‘by music’, but family nevertheless, as it seems that Evans was married to both – if anything, more to the musicians who accompanied him on his stellar journey. And yet the omnipresent terrors of addiction seemed to run parallel to the gorgeous and groundbreaking music that Evans wrote and performed. Magically you never ‘see’ drug-fuelled episodes in the film, nor felt as if they shadowed Evans wherever he went. You know, however, that they were there because Evans’ family tells of the pianist’s fatal addiction. You also know from watching Evans perform that it was not always that way. For instance, He during his early years, Evans is almost always seen sitting upright at the piano, although his neck is bent forward a tad. Towards the end of the film, however, Evans is crouched, back and neck, bent almost completely into the keyboard. As the film runs you get a heightened sense of how Bill Evans embraced his music; of how ‘Truth and Beauty’ became an integral part of the lyricism of his music as did an elemental melancholy. 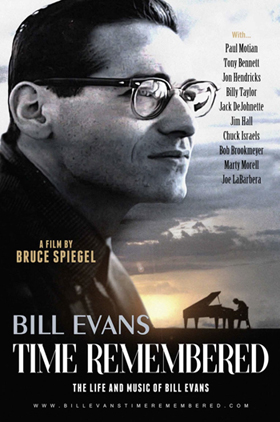 The most extraordinary aspect of the film is the manner in which the tension of the narrative grips you. So palpable is the tautness as the story unfolds that the film seems to wrap itself around your throat, tightening its grip, episode by episode, frame by frame. You end up choking; gasping for air, but the Evans’ story refuses to let up. The brutality of his addiction and the wonton destruction that it wreaks on Evans’ life refuses to let up right until the very end, when Joe LeBarbera tells us of Evans’ last journey to the hospital and of his death in the drummer’s arms as LeBarbera carries him in his arms, rushing into the ER. Even then you find yourself unable to breathe. The catharsis that follows is best explained by his family who tell of how Evans’ lost the will to live after his older brother, Harry, committed suicide. While that might have been the tipping point, clearly the larger tragedy was the fact that Bill Evans himself was fated to unfold as it did, like a character in Sophocles’ great Theban trilogy.

Spiegel is a true craftsman. He not only paints with light and shadow, but he gets into the skin of his subject, so much so that he becomes an integral of Bill Evans – body and soul. Spiegel reacts to Evans’ music not as a listener, but as a sideman, manipulating Evans’ own tonal colour palette. The filmmaker’s sense of rhythm is sometimes married to Evans’ gorgeous chords. It’s almost as Spiegel has his finger on the pulse of Evans’ left hand. As if the fingers of each man is affixed to the same nerve endings. And they are very raw nerve endings. I would hazard a guess that no one has ever been able to possess the heart and soul of a tragic figure as completely as Bruce Spiegel. Part of the filmmaker’s magical ability comes from what can only be an uncanny art for editing, of which there is much to love in Spiegel’s past work on the film Lauderdale (1989), the gripping docudrama 9/11 (2002) and also 17 episodes of Julie Tygard’s award-winning television series 48 Hours (1988- ).

On Time Remembered: The Life and Music of Bill Evans Spiegel is writer, director and editor, and what a splendid job he does of everything. The cadence of the film is as graceful and mystical as Bill Evans himself. The camera frames seem to caress the subject, pulsate to the rhythm of Evans’ music and even glorify the harmonics of the pianist’s phenomenal left hand. Given that much of the footage of the film comes from old family photographs and stock footage of Evans’ performances Spiegel’s cinematic achievements here are all the greater. One is almost led to believe that Spiegel is a musician himself; either that, or he has a mystical relationship with Bill Evan’s music. It would appear that the latter is true, as no one but the musicians who played with Evans – especially Miles Davis, Scott LaFaro and Paul Motian, and other musicians through the years – have enjoyed such a transcendental relationship with Bill Evans.

By the end of this great tragedy that is Bill Evans, as the end-frame fades to black and catharsis grips you; as tears well up in your eyes, you might begin to think that you have been witness to Bill Evans’ last epic – the duet with Bruce Spiegel, the teller of his story in the film Time Remembered: The Life and Music of Bill Evans.