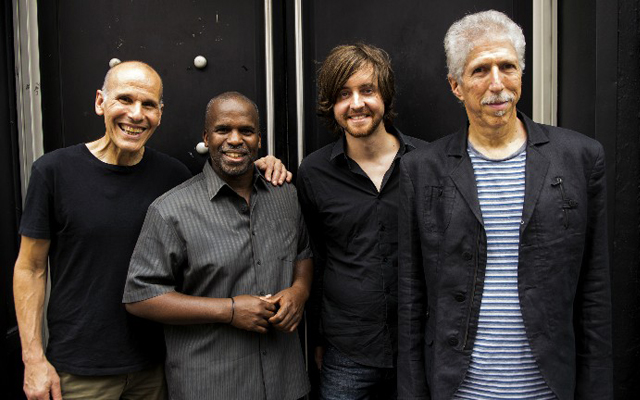 It was an inspired idea to open this disc with Russell Ferrante’s ‘Golden State’, a sort of free-falling piece that is immediately followed by Bob Mintzer’s ‘Guarded Optimism’ a piece of immense gravitas. Both featuring such striking initial tutti, fiercely dramatic, setting the mood for a searing hour-or-so stretch with some gentler interludes from songs to ease the intensity of Cohearence an album that inspires energetic playing from this iconic quartet accelerating subtly prior to Bob Mintzer’s and Russell Ferrante’s first elongated solos, as well as those of Will Kennedy and the Yellowjackets new bassist Dane Alderson. 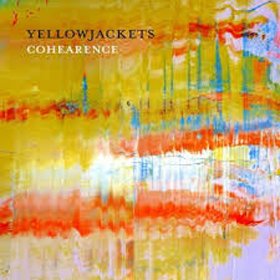 Each member of the band plays with the precision, edge and bite that we’ve come to expect from these masterly musicians, virtuoso to a man. Once into the fray, each member of the band draws on an exceptionally wide range of colours and nuances, from fragility to full-on passion, especially after the resumed ensemble playing has allowed each soloist to breathe. In the playing of Ferrante and Mintzer, the two principal soloists of the group you sense that every bar has been carefully thought through and yet there’s never so much as a suggestion of calculation. Sample their work on ‘Anticipation’ and ‘Trane Changing’ to hear what this means. There’s a winning suppleness about their playing, the sense that rather than being chained to the bar-lines Ferrante and Mintzer are able to stretch across them, always a sign of great artistry.

Not only in original writing by Russell Ferrante, Bob Mintzer (especially in ‘Inevitable Outcome’) and Will Kennedy, but also in the heart-warming arrangement of the traditional ‘Shenandoah’ by the great Bob Mintzer. The slow movement here has tenderness to spare, the finale delicacy as well as panache. Here just as in ‘Inevitable Outcome’ the lovely romance for the instruments is meltingly beautiful, seductive and unforgettable. With all of this music ringing in our ear, delivered with such expressive generosity, which each musician does, their approach in every work included here is utterly persuasive. Add to that the excellent, full-bodied sound and you have yet another winning album by a fabulous band.

It bears mention that Dale Alderson has come to fit his bassist’s role in the Yellowjackets like a glove. His approach so admirably melodic, precise and pointed, well-paced and vivacious that it seems he was always there in a group that has actually seen much flux and change in recent times. Also Bob Mintzer’s return to some considerable bass clarinet playing the album Cohearence (as well as his soprano saxophone playing on the song itself) has changed the dynamic of the band aptly; his performances on EWI and tenor saxophone are, of course, as exciting as even. And what can I say about the most exciting drummer that the group has ever had? To listen to Will Kennedy swing is an absolute joy.