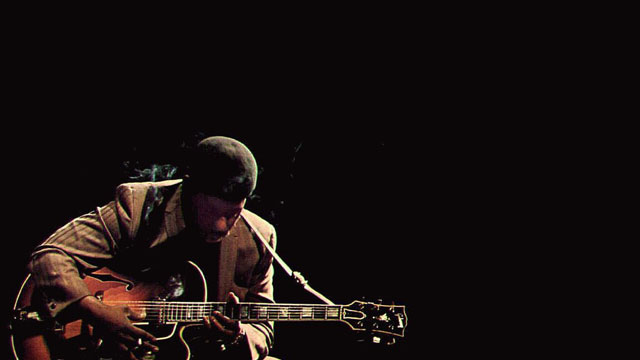 Not since the discovery of the Voice of America tapes of the 1957 Carnegie Hall concert by Thelonious Monk and John Coltrane has there been an event as exciting as the surfacing of the rare first recording by guitar-maestro Wes Montgomery. The Echoes of Indiana Avenue masters, procured by a Montgomery fan, Jim Greeninger were offered to producer Michael Cuscuna, who, in turn, brought in Zev Feldman of Resonance Records to unravel the mystery of the lost Montgomery tapes. It required a remarkable level of sleuthing in Montgomery’s hometown of Indiana as well as among surviving family members, friends and musical associates to uncover personnel. Feldman, together with George Klabin and Fran Gala—who restored the sound (with Klabin) and digitally mastered the tapes—then produced what is now, quite literally the latest, oldest-known Wes Montgomery masterpiece. 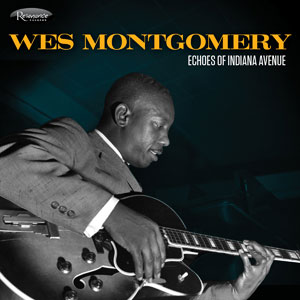 That word, “masterpiece” appears to be the only word to describe this album. The reasons: it contains nine spectacular tracks by the guitarist including a selection of remarkable live recordings from 1957/58, which precede Montgomery’s hitherto first-known Riverside album; the liner notes from the likes of historians, Dan Morgenstern, the brothers—Monk Montgomery and Buddy Montgomery —as well as recollections by David Baker and Pat Martino, and an excellent dissertation on the music itself, by Bill Milkowski. Perhaps the only missing aspect is a blow-by-blow recording history.

And then there is the music… It is positively magical to hear Montgomery get in the groove. It is wonderful to hear the guitarist softly pluck his way through loping lines that swoop and curve in wide parabolas; leap and sweep in swinging, dancing inversions, and flutter and glide like a regal albatross hanging on a hot thermal, way above frothing and foaming harmonies from his cohort who are also cooking up a polyrhythmic storm on piano, organ, bass and drums. There is that first breathtaking hearing of Montgomery’s path-breaking solo architecture that is a combination of single-note glissandi and dramatically annunciated octaves that build edifices in the grand manner. This is a first look at the legend who went from copying Charlie Christian soli note for note, to the ingenious innovator who influenced every succeeding generation of guitarists—from Joe Pass to Pat Martino and George Benson, and from Pat Metheny to Russell Malone and Kurt Rosenwinkel.

The charts themselves are all classic renditions from the Latin-rhythm-inflected “Diablo’s Dance” through the Thelonious Monk standards, “Round Midnight” and “Straight No Chaser.” But the most alluring of them are the trio recordings with future organ acolyte, Melvin Rhyne, “Darn That Dream,” an aching ballad and the truly noirish version of “Round Midnight.” There are the unforgettable versions of “Misty” and “Body and Soul” and “After Hours Blues,” which feature the guitarist as never before, flexing his sinewy musical muscles on a completely improvised blues.

This is a priceless recording that will leave the Montgomery fan and music historian breathless while both can only hope for more musical miracles like this in future.

Wes Montgomery on the Web: www.resonancerecords.org/wesmontgomery