Home Music Denny Zeitlin – Wherever You Are 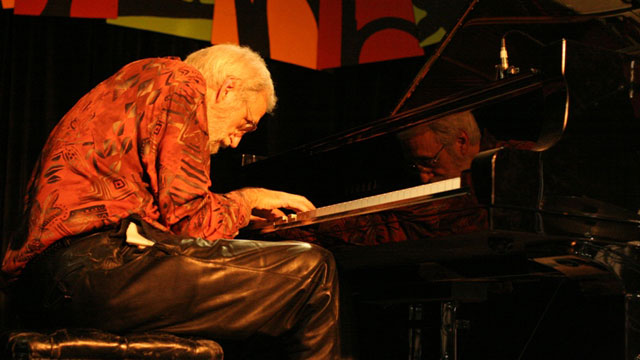 Think of the piano and the names that come almost immediately to mind are Thelonious Monk, Herbie Nichols, Walter Norris, Herbie Hancock, Chick Corea and Keith Jarrett. To musicians such as Charlie Haden and Buster Williams, however the name of Denny Zeitlin might leap into their heads first… This might be because there is something about the left hand of Mr. Zeitlin that is glorious as it delves into the melody of the bass-line of song. Perhaps only Herbie Nichols has that ability to work the melody in the bass-line of music the way Mr. Zeitlin does. As on his other records, as also on his magnificent album: Wherever you are. And then there is the grand piano and just how Mr. Zeitlin plays the instrument. Consider: stretching across a mighty cast iron plate—shaped like the frame of a harp—in the heart of this magnificent instrument are strings, some spiral wrapped—both steel and copper strings—stretched taut across this frame, up to 230 of them. Each of the strings is fastened to one of 52 ivory and 36 ebony keys; each is truck when one of the innocuous keys activates a wooden hammer, affixed with tiny cubes of felt at each end. The strings are adjusted in temperament, a system that tempers the just intervals in perfect fifth—which has a ratio of 3:2—to satisfy another mathematical property; a fifth is tempered by narrowing it slightly, a feat achieved by flattening its upper pitch slightly, or raising its lower pitch slightly. 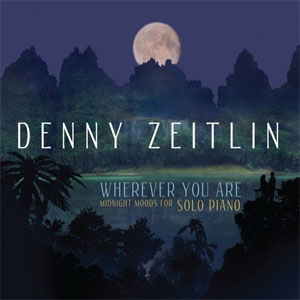 Where mathematics meets art, there lies the heart of Mr. Zeitlin. It is as if he knows this elemental construction and the math behind it as intimately as the constructor and the tuner. But he also knows something else: how to listen to the promptings of his soul and his spirit. This is the hallmark of a great artist, a great pianist, so subsumed by his art that it can only be concluded that he seems to be made almost entirely of music. Just as magically, the piano beats as if it has Mr. Zeitlin’s heart at its very centre. With the anatomies of body and soul fused, Mr. Zeitlin has complete control of this keyboard. He plays with fingers that are imbued with seemingly independent nerve endings, controlled not only by the brain, but also as if they were independent beings. Thus Mr. Zeitlin might strike notes—even the same notes—seemingly with subtly different pressures so as to impart to the chain reaction described earlier, with forces so minutely different that each note may sound different even if it is the same F or G, for instance.

And then there is the metaphysical nature of Mr. Zeitlin’s playing. The pianist reads his music as if he were reading the poetry of John Donne or John Milton. Metaphysics is fused into the architecture of music like meditations on hymns of the Universe. Mr. Zeitlin plays with more than gravitas. His is a profundity that affects not just the sound of the notes of a song, but by their very nature. Musical phrases become gushes of wind; a rustle of leaves, the thump of a heartbeat, the whoosh of a breath; the glide of a tongue across the cleft of a palette, a tortured sigh; a whoop of joy and so on. “Body and soul” is, more than a dialogue between two aspects of human form and formlessness; it is a mystical dialogue between two aspects of being—an existential sojourn undertaken across a topographical ocean. This is only one instance on an album full of masterfully re-imagined standards. Another exquisite journey is “I hear a rhapsody,” which tells a tale in the Florentine creation of the song.

The other aspect of Mr. Zeitlin’s playing is the manner in which he seems to unearth the melodic bass-line that propels a song. In Afro-Caribbean music this is called “tumbao,” that magical playing that is the signature element of the great work of Cubans such as Bebo Valdés and his son Chucho Valdés; Frank Emilio Flynn, Gonzálo Rubalcaba; and Brazilians, Benjamin Taubkin, Jovino Santos Neto, Philippe Baden Powell among a few others. The first great pianist to recognise this aspect and play to it was Herbie Nichols and in many respects, Mr. Zeitlin is the second. He unearths this bass –line melody like a medieval apothecary who has unlocked the magical secrets to music, just as Mr. Nichols and the South Americans have done ages ago.

There are many other reasons why this album is a truly great one as well and they are all hidden in the music played by Denny Zeitlin. The trick is to listen with the heart and let the music resound in the spirit as the soul professes its love for all things beautiful.

Tracks: Body and soul; Goodbye; Quiet nights/How insensitive; Last night when we were young; I hear a rhapsody; Time remembers one time once; The meaning of the blues; My dream is yours; You don’t know what love is; Wherever you are.

Denny Zeitlin on the Web: www.dennyzeitlin.com