Home Music Wayne Tucker: Wake Up and See the Sun 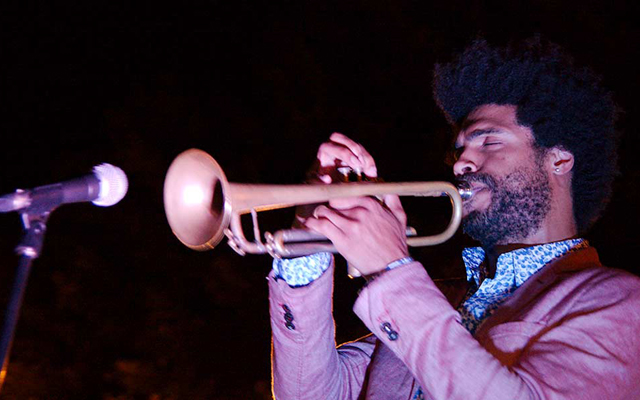 The title of this record by Wayne Tucker, Wake Up and See the Sun might describe the composer’s (Mr. Tucker’s) hopeful vision. And while the music is profound it has a certain darkness to it. Melodies unravel in slow, pirouetting gestures with a pulsating contrabass, a throbbing electric bass and depth bombs from the bass drum, punctuated by yammering of hi-hat all of this reminiscent of an interminable pulsing of a sort of crucifixion. It would seem as if the trumpeter’s ethos is drenched in nothing but a brooding melancholia.

However, the recording does have a few other kinds of surprises too. And they are gorgeously crafted. Listening to the Wayne Tucker seductively bends notes around Cyrille Aimée’s lightly-sprung vocal on the early incarnation of “Little Buddy” and then how he sculpts the long, sustained invention of his own album-closing version of the song it is clear that there’s not a semiquaver 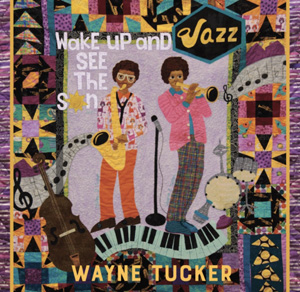 that hasn’t been carefully considered. In between Mr. Tucker shows remarkable grasp of Ornette Coleman’s “Lonely Women” with the hauntingly soft intonation and sensuousness of his playing as his trumpet seems to caress every note that he plays.

There is much more that delights the ear than just those tunes. Wake Up and See the Sun features ten beautifully crafted arrangements of beguiling variety. Each is proof that Mr. Tucker is a composer with considerable talent. And you can also sense a level of compositional maturity quite clearly born of a millennial sensibility. He is clearly not beholden to convention, nor are his songs written in styles that might be considered ‘tried and tested’. Melodies are evocative and the repertoire is strung together like an strung together like an elegant matrix that links jazz, folk, gospel and blues in an artful, 21st century post-mainstream manner.

To describe it as such might give the impression of overcooking when in fact the whole project is a masterpiece of subtlety. Still, Mr. Tucker’s take on the lineage of the cool, spacey trumpet is less than conventional here, and sees him summoning woodwind-like tones from the instrument that float benignly over the sound of a string-driven ensemble that, in turn, adds a rich and not entirely predictable harmonic foundation to the music.

The surprises, when they come, are effective but discreet: a gamelan-like riff is played as pizzicato harmonics(“Bad Religion”), a delicate curlicue of a bass line underpins what sounds like a Gaelic lament (“Tears”), and a close-knit passage develops from a single phrase (“Wake Up and See the Sun”). And throughout, the rippling groove is sustained because of the presence of a stellar cast of young musicians who are completely attuned to Mr. Tucker’s vision and artistry. Clearly this is an album to die for…