Home Music Various Artists: A Day in the Life: Impressions of Pepper 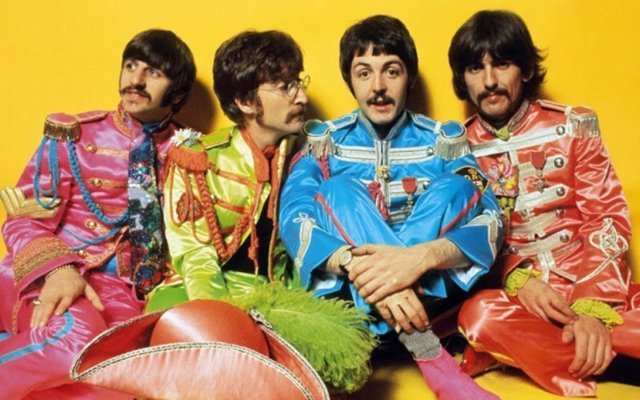 Depending on how old you are, what part of the historic and cultural spectrum you have roots in and who you believe, The Beatles’ Sgt. Pepper’s Lonely Hearts Club Band, recorded between November 1966 and April 1967, and released on the 26th of May, 1967 would be deemed to be the most important and/or influential act of music – as Rolling Stone magazine often puts it – “of all time”. And while there are many caveats – such as those relating to being “white” and “western” or “Eurocentric”, there is no doubt that with their legendary producer and “Fifth Beatle”, George Martin, in the 1960’s, The Beatles addressed like no other musical act, a radical shift in the cultural mindset of the late twentieth century. As Thomas MacFarlane, who teaches courses in music theory and composition at New York University put it, “Through tools of ‘electric technology’, this shift encompassed the decline of visual modes of perception and the emergence of a ‘way-of-knowing’ based increasingly on sound.” 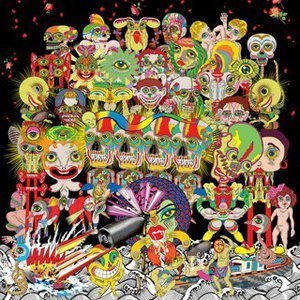 But music – certainly music today, like most art – is more porous than it has ever been. Charles Mingus even wrote a piece of music about this for his Epitaph album (that was recorded after his death and called the work “Osmotin”. And so in the spirit of both monumental cultural icons we approach A Day in the Life – Impressions of Pepper, a reimagining of that iconic Beatles album, Sgt. Pepper’s Lonely Hearts Club Band which, in the spirit of Mr Mingus’ term, is music that has permeated the membrane of aural art emerging through a portal as if relocated into a new soundscape, one that falls into Mr MacFarlane’s “way-of-knowing” conceptual thinking. Viewed this way, whether The Beatles would have approved or not; whether the refusniks would find something vile to say about it or not, the fact is this is a hugely enjoyable and , at times, even brilliant execution of a bold concept.

Forget about anniversaries; A Day in the Life – Impressions of Pepper succeeds like no other reimagined historic album has including the Beatles one. The principal reason for this is perhaps that the production was handed to a variety of artists – each given a song to look at rereading – who were probably not even told who was going to be involved in the rest of the songs. And even if everyone knew of each other’s assignment the endeavour would have been a fraught one because creating an album in “the image and likeness” would have been at great risk. As it turned out, however, this became a masterstroke as each artist involved sprang out of the box. The results turned out to be nothing short of brilliant in every case. Handing the opening act – the theme or overture – “Sgt. Pepper’s Lonely Hearts Club Band” to Antonio Sanchez was inspired and he returned the favour by pulling out his musical wizardry using an expanded arsenal of instruments – including bass, guitars, keyboards and electronics – to bolster a characteristically masterful performance on the conventional drumset.

Drummers, in fact, excelled to an extraordinary measure. Makaya McCraven keeping the dreamy and psychedelic triggers of “Lucy in the Sky with Diamonds” turned in performance that was mind-expanding and raised the music to a rarefied realm “with a little help”, so to speak from the inimitable young Joel Ross on vibraphone . Tomas Fujiwara got equal billing and split the spoils of “With a Little Help from My Friends” the inimitable guitarist Mary Halvorson, who brings the mindfulness of an alchemist to the art of music whenever she touches a guitar. Other musicians were equally up to the challenge. Cameron Graves, one of the greatest new voices on piano to look for in any style of music brought extraordinary percussive colours and dramatic mesmerism to “Fixing a Hole” and the great Sullivan Fortner sparkled with pianistic witticisms and history in the true spirit of (Charles Mingus’) “Osmotin” to present a view of “When I’m Sixty-Four in an alternate universe. Felix Pastorius did more than just raise the ghost of what his legendary father did on “Donna Lee” by turning George Harrison’s mystical “Within You Without You” into a portal into a breathtaking musical wonderland.

The ever-brilliant Brandee Younger brought her heraldic harp to another magical, mystical work “Being for the Benefit of Mr. Kite”, and with a formidable ensemble and magnificent orchestrations by Ravi Coltrane and Dezron Douglas, unleashed her singular genius onto a very difficult song to take control of. Idris Rahman turned “Getting Better” into an effervescent magical cure for all ills. The three pivotal songs were handed out to Keyon Harrold, who masterminded the profoundly melancholic story of separation into something epic both with his masterful playing on trumpet and with his utterly beautiful arrangement. The young and phenomenal Shabaka Hutchings turned in a highly caffeinated version of “Good Morning Good Morning” providing notice of his great virtuosity on tenor saxophone as well as his ability to tell stories. And Julian Reid, given the hardest job of all – to reimagine “A Day in the Life” – one of the most iconic songs on the album with its indelible stamp of George Martin’s genius for creating an epic soundworld made it all work in just under five minutes and in the puff of a magic act to close a memorable one-hour or so of music.

But the best thing of all took place without you even realising it. Noone of the iconic lyrics were sung at all throughout the album. The Beatles’ Sgt. Pepper’s Lonely Hearts Club Band had, indeed, come alive in another time and another place and it turned out to be a magical mystery tour to love and behold. This brings us back to the other hero in Mr MacFarlane’s bookThe Beatles and McLuhan: Understanding the Electric Age , the great icon of our time (and any time), Marshall McLuhan, who once said: “Art is anything you can get away with.”. And, boy! Did these musicians get away with it…