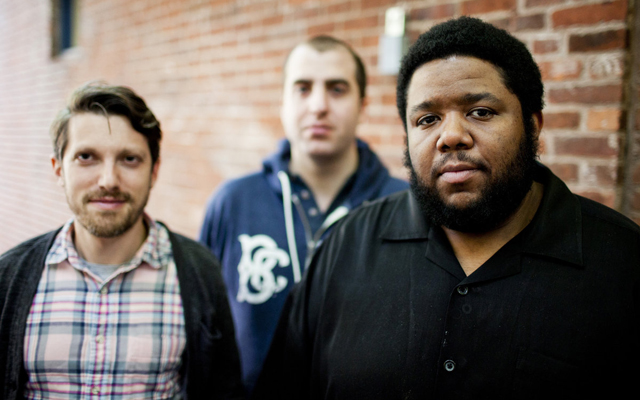 The first thought that comes to an everyday mind when talking about ‘spectra’ is one of rainbows. So vivid is that meteorological phenomenon that the very word itself is enough to conjure up the image in the mind. However, perceiving an ‘inner spectrum’ and that too, or ‘variables’ would take some doing. As if by magic Tyshawn Sorey come to not only perceive something so esoteric, but even express it in music. Of course he can. Sorey has, for some time now, shown himself to be a deep and mystical thinker. This is reflected in thrilling compositions that he has not only put down on paper, but convinced other musicians to lift the notes up to the heavens as well. Watching his performances is something like watching a Gnawa prepare to unleash a trance of many colours to set the spirit free. It is also like coming face to face with a druid in whom the art and science of sound is forged into music. Listening to the The Inner Spectrum of Variables, the double sonata for piano trio and string trio proffers the same experience. One that is uniquely reflective of a complex human being that by both intellect and intuition unwinds himself into music. 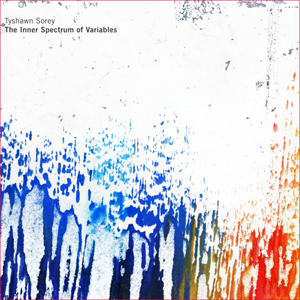 There is something else about Tyshawn Sorey. Whether he is playing piano, trombone or you are drawn inexorably into his world no matter how inaccessible it might seem from the outside. The titles of his recordings are sometimes forbidding – this one not so much, although its meaning and what it sets out to do might boggle the mind. And yet, always, by waving his magic wand(s) the sticks, brushes or mallets he wields as a drummer, or the imaginary one waved to the musicians as he conducts he seems to be also beckoning you into the inner sanctum of the music. SO whether he is directs from the drum or in front of the ensemble, you get a sense of exactly the kind of chamber-musical, hyper-reactive performance that you might expect from the partnership here. But there is so much more to this double disc offering that just exceptional playing by both trios (though there’s that in abundance); there’s a palpable sense of discovery, of living music unfolding before you as Tyshawn Sorey and his musicians finish one another’s musical sentences, but not like tired married couples; rather with an ebullience and mutual fascination that is anything but world-weary.

You know that you are in remarkable musical company even before one note of this composition has been sounded. Just listen to the opening movement – ‘Movement (Introduction)’ – of Disc 1: highly responsive, lean strings, glacial piano and wonderful, characterful arco bass holding sway until Sorey’s pungent drums enter the fray. Even if we can’t hear him playing and see him directing, we can sense his musical presence; the air dancing as it is gently disturbed with balletic hand-movements. Butch Morris’ music makes you experience something similar as you listen to it in front of your stereo speakers, rather than at a live performance. As ‘Movement II’ melts into ‘Movement III’ the sense of wonder is palpable. The chamber dimensions of this ensemble mean that the performance has great impact. There are beautiful touches here and there – like reducing the violin line to a wry comment here and there, or letting a roll of the mallets fly over the strings.

What is also very striking is that this performance is not simply about élan and energy: it has a sense of gravitas, too, of rightness that you find in the greatest of performers of modern chamber music, whether by its pianism, or array of strings – and especially by the molten mix of percussion and conducting that Sorey delivers. You hear this throughout the two discs. In Disc 2, which begins with instruments as ululating voices as the music journeys from the Mediterranean and Africa and into the studio where it is put down for posterity. All of the musicians – especially pianist Cory Smythe – perform with a sense of balance and musicality that can only come from an understanding not only of the notes themselves, but of the wider context – where these Movements and those of Disc 1 stand within the broader context of the musical spectra that is being brought to life here. All of this makes fascinating listening as one is drawn deep into the music of Tyshawn Sorey’s ingenious and beguiling world.