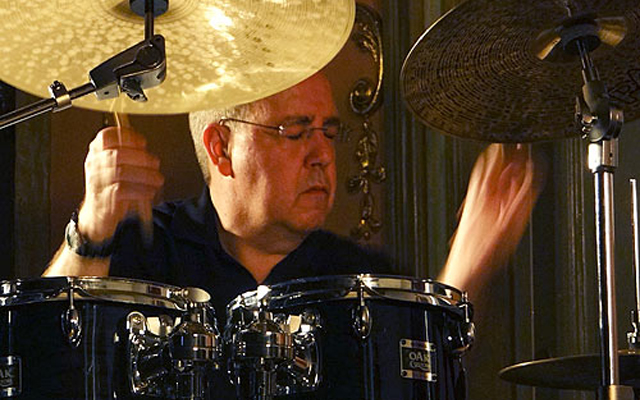 The Tony Moreno Quintet’s Short Stories is a programme comprising an attractive mix of features written by Moreno, as well as two beguiling masterpieces by the late, intrepid Canadian trumpet and flugelhorn player Kenny Wheeler and the classic, swinging ‘C Jam Blues’ from the great master himself: Duke Ellington. The disc bristles with visceral excitement not only because this set is led by a drummer of considerable power, but also thanks to an unusual quintet, comprising five excellent stylists – Moreno, Jean-Michel Pilc, Ron Horton, Marc Mommaas and Ugonna Okegwo – who play with elegant finesse and conjure up refined swing in an intimately conversational manner. 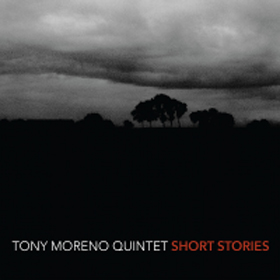 Tony Moreno has always been praised for his unmatched technical skill. On this over two-hour-long programme we have plenty of time to savour this masterful approach to percussion. However, not only is this excursion an opportunity to enjoy the civilised elegance and power of his playing, but it is an excellent occasion to drink in the thoughtful, cultivated refinement of his compositions complete with vivid harmonic colours, sinuous textures and zesty rhythms. Moreover, the music is gathered together under the title of Short Stories with good reason. Each of Moreno’s charts unfolds like a thrilling narrative, complete with a gripping dénouement – even in the unlikely event of the sophisticated melancholy of ‘Pueblo de Lagrimas’.

What should come as no surprise on this disc is the thrilling form of the musicians. Jean-Michel Pilc’s playing is informed by rippling arpeggios and shimmering runs across the piano, often broken up by angular dissonances – like his brief solo on Ron Horton’s ‘Grovelling’. Meanwhile Ron Horton and Marc Mommaas are mesmerising solo as well as together – especially together as they contrapuntal dancing enthralls. Their articulate ‘singing’ brings something entirely refreshing into their musical conversations. And you already know, even before he has even played a note, that Ugonna Okegwo is going to bring a gravitas to the bass line. Listen to his magnificent solo on ‘Oh Henry’ and you will hear exactly what this means.

Perhaps the only question mark on this entire programme is the engineering, which is excellent, except for occasions when Tony Moreno and Ugonna Okegwo sound notes, on bass drum and double bass respectively, that are of similar frequency. It is then that it becomes difficult to separate the sound of the bass drum and the double bass, which can be a problem even on a high-end audiophile system such as was used to listen to and review these discs. You lose just a bit of that ear-pricking clarity that is otherwise present throughout the performance, as in Okegwo’s solo on ‘Oh Henry’ and Tony Moreno’s solo on ‘Grovelling’, both of which define this hugely thrilling performance.