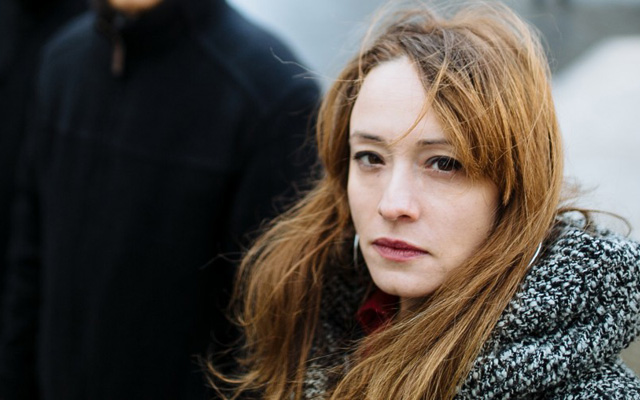 Marta Sánchez and her quintet have been performing the repertoire of Partenika fairly regularly to back up the release of the studio disc almost a year ago. Listening to the music in the living room one is completely enthralled by these spirited, occasionally restless performances that thrillingly capture the adrenalin rush of a live concert. As in their live performances Marta Sánchez and the rest of the musicians favour flowing tempi and there’s an even great sense of spontaneity and elasticity to the music as ‘Opening’ illustrates so beautifully. The players start out serenely; indeed there’s little, if any, sense of vivace at all. Rather, once becomes aware of a growing ebullience. It’s signaled subtly at the beginning, as liquid streams of quavers gather into a gentle cascade, and reaches fruition only at the end, which surges exultantly. In between, though, t here’s an ebb and flow, a multiplicity of swirling currents that are somehow contained as an uninterrupted, unified body of a song. 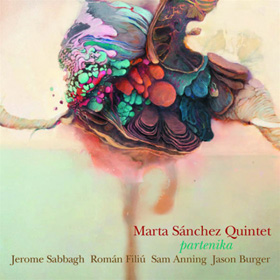 On numerous occasions throughout the programme – note ‘Partenika’ – the musicians find ways to hold even the most expansive melodies or phrases taut – but not rigidly so – and thereby create enormous tension. The emotional pressure of the music is often heightened by the two saxophonists, Jerome Sabbagh and Roman Filiú-O’Reilly, especially in slow-moving parts of the music. Together with Marta Sánchez, the three voices intertwine in a spectacular manner. ‘Balada del Momento’ is a fine example of the interplay that entreats with a warmth that is beacon-like, and when considered along with bassist Sam Anning’s and Jason Burger’s articulate playing the effect is mesmeric.

Marta Sánchez’s sound is often wiry and slightly edgy. But being somewhat chameleonic at times, she can trade that in for a less lean, more voluptuous sound that is full of gleaming and full of feminine grace and elegance. Note how she plays on ‘Yayy’, never missing a beat as she manipulates the melody with propulsive, spiraling accuracy. On ‘Andy’ she is balletic, heartfelt and noble. Again, on ‘El paso de los años’ Marta Sánchez mines the exquisite details of the melody with obvious pleasure, though never losing sight of the larger picture, whether it’s a phrase, a movement or the entire work, as is the case here. Throughout this programme there is ample opportunity to also enjoy Sánchez’s lyricism and dynamic thrust which is illuminated in the wonderful colours and textures of her music on this superbly satisfying disc.