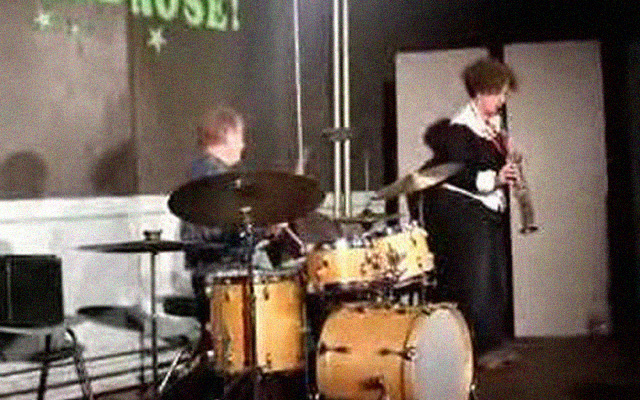 From the moment you hear the earth-shattering blitzkrieg by Tony Marsh on his drumset, softened only by the occasional stab at a note or a short phrase by Chefa Alonso at the soprano saxophone you will be rocked out of your comfortable chair. Not that is ever the intention of the duo; because they are just in the throes of a creative epiphany, celebrating the joyous whooping, leaping and visceral excitement of improvised music. Few duos of that day and going well forward since then seem so unafraid to reflect on the angularity of life in music as Marsh and Alonso. The music soprano saxophone and percussion depict character, location and atmosphere transformed into sound. 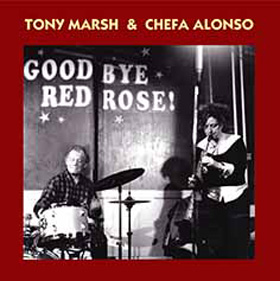 Tony Marsh’s and Chefa Alonso’s music manages to strike a remarkable balance between the highly experimental and the deeply sensitive. The pieces are almost three-dimensional with an emphasis on elegance and introspection. A far more impassioned series of works that dazzle the consciousness with the utmost commitment to the expressive needs of the music you will be hard-pressed to hear in a long time. The energy is palpable in ‘Good Bye Red Rose’, a piece suffused with sharp and vivid surprises. ‘By the hand’ and ‘No es un truco’, though recorded almost six months apart, seem idiomatically related by the marvellous sleight-of-hand employed by the musicians who combine forces in an experience that is primarily focused on unleashing a raw musical truth. Elsewhere there are fertile, impressionistic evocations of the musicians’ mindsets – in ‘FlimFlam one’ and its Spanish-titled counterpart, ‘Frusleria tres’. And improvisation of the highest order drives the narrative in ‘Huesca’.

The drummer and percussion colourist, Marsh teams up with Alonso’s vivacious, sometimes haunting saxophone in brilliantly assertive ways. Each work is a tour de force for the instrumentalists; both intrepid and quite brilliant. And both lift every idea and phrase off the page, which makes this performance quite superb and worth every penny you’ll ever pay for a compact disc.