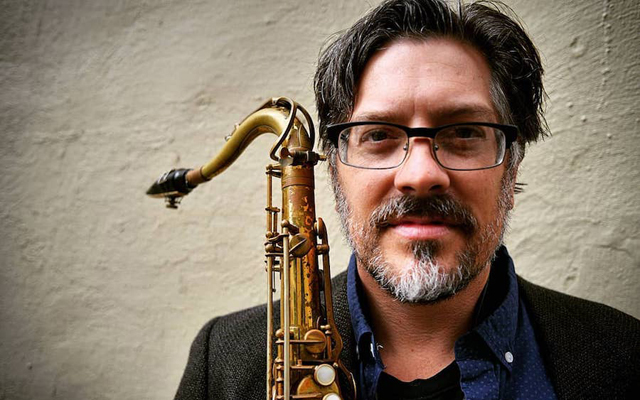 It ever there was a contender to the throne of realm of neo-mainstream Tom Tallitsch would be in the leading pack. The tenor saxophonist has proved time and time again, with a tone that rustles between reed and mouthpiece like expensive raw silk that he is master of the instrument with which he has established an enviable position on the high ground of contemporary music. It is a crowded field and with colleges and universities churning out saxophonists in increasing numbers only someone who has wrested control from what can sometimes be an unforgiving instrument can have command of it and he proves this beyond doubt on the appropriately entitled recording, Wheelhouse. 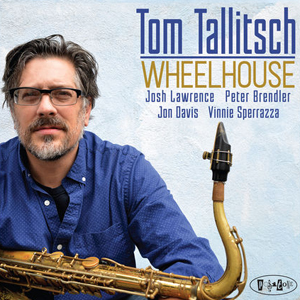 This is far from a glossy, over-the-top package; most of Mr Tallitsch’s productions rarely are and neither is Posi-Tone Records, the imprint that has carried his most recent recordings. Mr Tallitsch does not need to prove anything, but he does display extraordinary technique and fine taste on this disc. Appropriate to his experience – or probably arising out of it – there is a lived-in character to his phrase-making that is very engaging. It also combines the fire and brimstone of youth with the well-honed values of that experience. Every piece – all of which have been written by him – is played with a kind of languid easy, each melodic variation following the other, quite inexorably, his sumptuous tenor sound caught brilliantly (as usual) by Nick O’Toole and Michael Brorby, in this fine recording.

The music features beautifully crafted arrangements of beguiling variety and sensuousness, in every lovingly crafted phrase, not only by Mr Tallitsch, but also by pianist Jon Davis and by trumpeter Josh Lawrence. Listening to the way in which each man seductively bends the notes of “Red Eye” and “River” is quite breathtaking. And the manner in which Mr Tallitsch glides his way through the rippling grooves of “One for Jonny” it’s clear that there’s not a single semiquaver that hasn’t been fastidiously considered. The album also featured bassist Peter Brendler and drummer Vinnie Sperrazza, both of who are also completely attuned to Mr Tallitsch’s vision and artistry. And make no mistake; the leader has a lot to offer on this fine record.