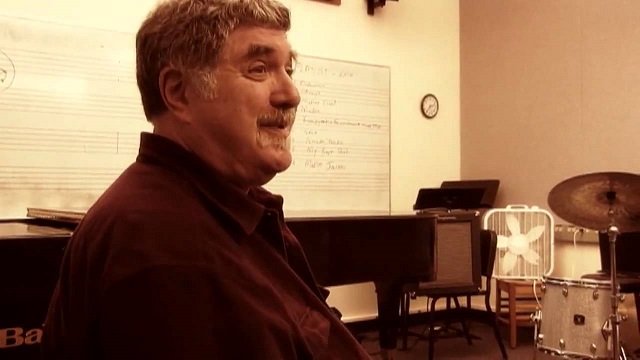 Hal Galper is a singular artist of the first order; a pianist whose enviable polyphonic acumen and dance conception continues to operate at full capacity. We get a measure of this remarkable musicianship on three recordings that span the years from 1977 to 2019. Another remarkable aspect of Mr Galper’s pianism is that it appears to be made almost entirely of sinews and nerves, but the visceral nature of his music also comes with an almost mystical elegance. He is by all accounts – at least in terms of his conception – what one would call “old-school”. And yet he has an audacious sense of experimentation, with a feel for exotic tone colours and tart folk-like rhythms.

However, again, he cannot be boxed in by style or influence and as such he seems to be at times, a great modal conceptualist and yet, often one who homes in on the improvisational element of music stretching it as far as the elasticity of melody, harmony and rhythm in chaste pianism will allow. To this extent he is quite chameleonic and his pianism, while immediately evocative of Lydian modes can change – in the throes of performance – into a whole spectrum of tone colours evocative of the chromaticism of Berg, Webern, and Schoenberg with subtle hints of folksy merriment of Bartok sometimes emerging in the flying and dancing rhythmic colours of his music.

Best of all, Mr Galper is a sublime master of lyricism. His music will invariably take off into the stratosphere once he ignites the fuse of improvisation. But at heart each of his compositions is a dramatic miniature fraught with feeling and even when he is not wearing his proverbial heart on his sleeve, he always manages to create what can only be characterized as subsumed by the poetry of emotion. Happily, all of this can be experienced in three priceless recordings are “live” performances, superbly engineered, mixed and mastered as if by engineers who are fine artists themselves. Of course, Mr Galper and his superb ensembles that accompany him are blissfully unaware of technicalities, playing their hearts out on every single one of these discs. 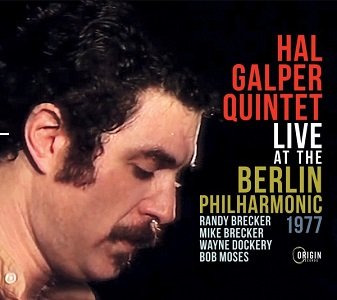 Hal Galper Quintet: Live at the Berlin Philharmonic 1977 There can hardly be a better occasion to celebrate the unfettered energy of “live” music than this 1977 performance of the Hal Galper Quintet. In fact, it would never be hyperbolic to suggest that it stands out as one of the greatest “live” performances by a group of musicians…ever. It is dark – beautifully so – and the music takes you to another world altogether. It is a world full of mysterious depths, expectations, doubts, and hopes. It is evocative of the shattered shadows full of elemental energy as if conceived in power, pain, and joy, as if by the wave of a mystical wand.

Realizing that they are now on stage in what appear to be miraculous circumstances the ensemble uncorks the proverbial genies from their respective bottles. The result is a group of great musicians literally dancing with genius. Mr Galper is the master of mood and atmosphere, with the ability to coordinate colour and structure to a rare degree in the depth of characterization of the music and using the exceptional range and refinement of his pianism. It’s all that was needed to cue the rest of the cast to give free reign – each to his own special artistry. And just as nothing could go wrong being in the company of trumpeter Randy Brecker and his legendary tenor saxophone-playing brother, Michael, there could be no better rhythmic coupling than with the great contrabassist Wayne Dockery and the mystical drumming of Bob Moses either.

The set is an hour and a half long and the energy and invention is palpable throughout. Solo excursions are long but riveting. The music is interpreted throughout with matchless urbanity and lyricism. Michael Brecker’s playing is a constant reminder why his musicianship is sorely missed as he plays with buoyant, aristocratic grace and almost insolent and debonair virtuosity. But when he chooses to let his feelings take over the effect is brilliantly seductive as on the ballad “I Will Never Stop Loving You”. Randy Brecker’s infectious and brazen fire is also evident throughout. The rumbling gravitas of Mr Dockery and the rolling thunder of Mr Moses completes this ravishingly beautiful album. The ensemble bows out on disc two] with the rambunctious “Hey Fool”. In a further master stroke, all of this is miraculously captured [with inspired mastering by Dan Dean] on a disc to absolutely die for… 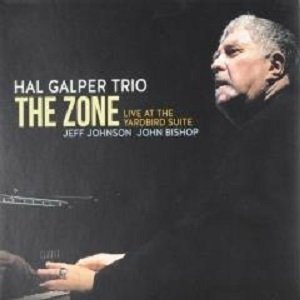 Hal Galper Trio: The Zone The action shifts here to Edmonton, Alberta, in Canada, to a venue called, appropriately The Yardbird Suite. It is a quieter venue and [also appropriately] Mr Galper begins the proceedings with a venerable interpretation of John Carisi’s “Israel”. It is clear from the outset that the venue is not ass acoustically perfect as the musicians would have liked it to be and the music seems to echo as if in a small cavern. Fortunately, this does little to deter the formidable musicianship of Mr Galper, bassist Jeff Johnson and drummer and impresario, John Bishop. After exiting the harmonic labyrinths of “Israel” the trio emerges with exquisitely airy impressionism from songs such as “Cubist” and “Artist” – two of four superb compositions by Mr Johnson.

This trio parley with the familiarity of old friends, yet their playing always retains the sense of risqué etiquette associated with the jazzy idiom. By the time Mr Johnson has made his mark on the opening of “Cubist” the three musicians pull the proverbial plug on academic expressions of melody, harmony, and rhythm. A rumbling percussive groove is established, and, in short order, caution is thrown to the winds as all the musical elements collide as if at the mouth of a veritable vortex. “Artist” is quite a change of pace, and it is characterized by glistening arpeggios and vaunted glissandos by Mr Galper. The sinuous pianism is mirrored by the rumbling pizzicato of Mr Johnson’s bass as he seems to vault from one harmonic variation to the next.

Meanwhile John Bishop drives the whole episode with equal parts invention and rippling groove which allows the pianist and bassist to propel themselves into the stratosphere, launched in long elliptical orbits while the drummer quietly holds things down in the proverbial pocket with high-hat and quiet brushing accented occasionally with a hint of a depth bomb on the bass drum.

Mr Galper explodes on the dancing compositions, “Scene West”, his playing richly evocative, spontaneously evanescent and above all a work that is deeply personal, ensconced in a dark harmonic conception, shattered often by audacious rhythmic changes. “Scufflin’”, echoing with contrafacts from “Giant Steps” and the tenderness of “Naima”, vibrates with unfettered energy tinged with tenderness, while the set ends in the whimsy of “Goodnite, Sweetheart, Goodnite” and you have another miraculous performance that revolves around Mr Galper. 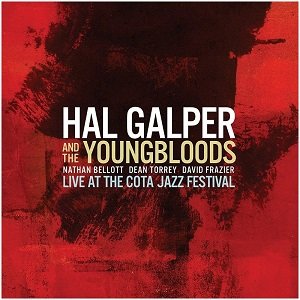 Hal Galper and the Youngbloods: Live at the Cota Jazz Festival 2016 It should come as no surprise that Hal Galper would be an enormously attractive mentor to younger musicians. Indeed, this is exactly what this live performance is made of: sparks that are ignited by the pianist, with the emerging fire stoked by a group of new-generation musicians comprising alto saxophonist Nathan Bellott, bassist Dean Torrey and the percussion colourist David Frazier. This repertoire is fashioned from old and relatively newer Hal Galper songs which invites us to journey through worlds at once zealous, reflective, and transcendent.

Mr Galper’s writing abounds in poignant melodic lines, with dramatic harmonic and rhythmic flourishes for the interweaving instruments. Jazzy romanticism is in full bloom throughout this set; its amalgam of yearning and rapture could easily be taken for granted by this young group. Nothing of the sort here. Led by masterful pianism by Mr Galper, the group navigates the music with seductive and idiomatic gracefulness, shaping every phrase with ardent sensitivity, lingering or propelling the narratives as they heighten the music’s ineffable meanings.

Of special interest is surely the old chestnuts from Mr Galper’s songbook – such as “Speak with a Single Voice” and “Scufflin’” both of which are played with requisite mystery and a shimmering sense of melodic, harmonic, and rhythmic intensity. The performance includes outstanding and powerful soli by Mr Galper and the young alto saxophonist Mr Bellott, which churn and heat up into fiery vortices into which the rhythmists are drawn. Each work features long, meandering and introspective soli which – when they end – beckon the rest of the ensemble to add imaginative and impressionistic touches to Mr Galper’s vivid musical soundscape.