The emotion of the dedication to Billy Hart: “…dad for showing me what the deepest life commitment to Jazz [capitalisation is mine] music looks like” tells us how deeply indebted Lorca Hart is to his father. But it is his extraordinary performance on this repertoire that says everything about dedication, lessons learned and how really entrenched in the tradition of Jazz this young drummer really is. And it is heartening to see his generation pick up where the elders [in a manner of speaking ] left off. Well, of course, Billy Hart hasn’t really left off and gone anywhere. In fact the kind of [enormous] splash he made as the auricle and ventricle of Herbie Hancock’s influential Mwandishi ensemble can still be felt in many other, more recent forums too. 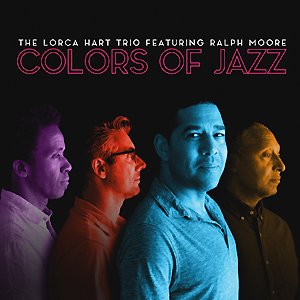 And now the son also rises. Lorca Hart plays his way to a truly elevated realm with this repertoire. Clearly rooted in the Blues, Mr Hart kicks things off ever so aptly with “Blues Alliance”, an offering with the honourable guest in this trio – tenor saxophonist Ralph Moore. If Mr Moore’s is not the first name you may recall when you think of the tenor horn, then that’s a pity because every time he puts that pliable reed to his lips, he blows out reams of wisdom in the form of sensuous, elegant phrases that dance in the air into which they have been aspirated. And he does so each time he is called upon to play here.

Much more than mere “sound”, the entire musicianship of this trio is also elevated by the extraordinary pianism of Josh Nelson. Mr Nelson is a pianist of uncommon taste and erudition. The first quality enables him to play all the right notes and having the [second] quality means that he never puts a wrong foot forward; playing just enough to establish elegance and emotion in setting the stage for – or responding to – the harmonic needs of this music. Pick any song, then follow Mr Nelson in isolation and you will find ample evidence of this everywhere. Edwin Livingstone is quite literally Mr Hart’s alter ego – artistically and – it seems – in real human, rhythmic terms. He echoes, hot only the beat, but becomes the heartbeat of the drummer. This is no ordinary feat. Think Charles Mingus and Dannie Richmond, Jimmy Garrison and Elvin Jones. ‘Nuff said.

And Mr Hart is an artist of the first order. His playing is sumptuous when it has to be – listen, for instance to “Here’s That Rainy Day” and “Duke and Billy” – and displays an elegant ferocity when the music calls for it as on “Bye Ya”. He is also many other kinds of things; a chameleonic musicians who changes colours to create and the background – rhythmic or otherwise; not simply to blend into it. From “Blues Alliance” to “Bye Ya” there is ample evidence to show that Mr Hart’s musical star is on a steep rise. This is a recording to simply die for…