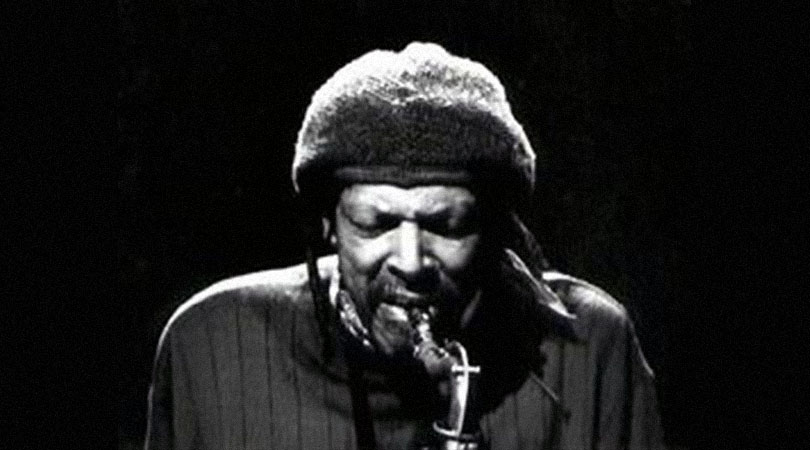 The wild ululations of Frank Lowe’s tenor saxophone announce the other-worldly disposition of The Loweski, a recording that penetrates the spectral world of music with raucous screams and dervish-like wails of the tenor, guaranteed to shock the listener out of the comfort zone. This too is music after the heart of John Coltrane and Albert Ayler; more like the music of Mr. Ayler because of the sustained fury of the tenor saxophone. The suite encourages Joseph Jarman to reach deeper into his soul too and play in sympathy with Mr. Lowe. The unusual aspect of Mr. Lowe’s music is that he turns the tenor saxophone into a replica of the human soul, tormented by the sinister aspects of discrimination and the cry of a people depressed even after the Civil Rights Legislation was passed. The refusal of the music industry to also recognize the “New Thing” further accounts for the shrill shout against the marginalization of forward-thinking musicians. 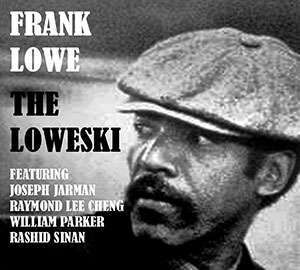 However, it would seem, that after the wild melancholia and pensive nature of the music in “Part I” there would be some sort of resolution, but this takes its time. “Parts II and III” introduce Joseph Jarman, first on soprano and then on alto saxophone. Perhaps the musicians lament also has to do with the insanity of the 50’s and a history of abuse of jazz musicians. In a sense this is an agglomeration of what musicians went through to search for human dignity and its triumph over adversity. This is as far from a conventional attack. Sharp stabs at notes and short and long lines with odd accents and metres make it a moving assault on the senses. The cracked harmonics and the glacial counterpoint with angular pulsations that play around the rhythm dodge the mind’s ear and the assault is sometimes too depressing to hear. But Mr. Lowe reserves his secret weapon in the form of the wizardry of violinist Raymond Lee Cheng for later parts of the suite.

If resolution is sought in this broadly dissonant piece it is Mr. Cheng, with his vaunted bowing and double stops that draws the rhythm section into a gentler orbit, eventually pulling in the two saxophones and the bass of William Parker, playing con arco in sotto voce. Rashid Sinan plays an insidious role as well, with menacing figures rattled on the tom-toms and on the snare and bass drum. Only sometimes does he use the cymbals, suggesting that this piece might end up as a musical weapon to overthrow the status quo. That this recording was made in the 70’s shows the far-reaching music of the so-called avant-garde that remained a viable movement—albeit marginalized—much longer than cynics gave it time to. It is with this in mind that ESP-Disk took the calculated risk of supporting the music and to allow the musicians to dictate what would go on record. This, as is by now well-known, is what resulted in some of the most dramatic musical testaments of any age.