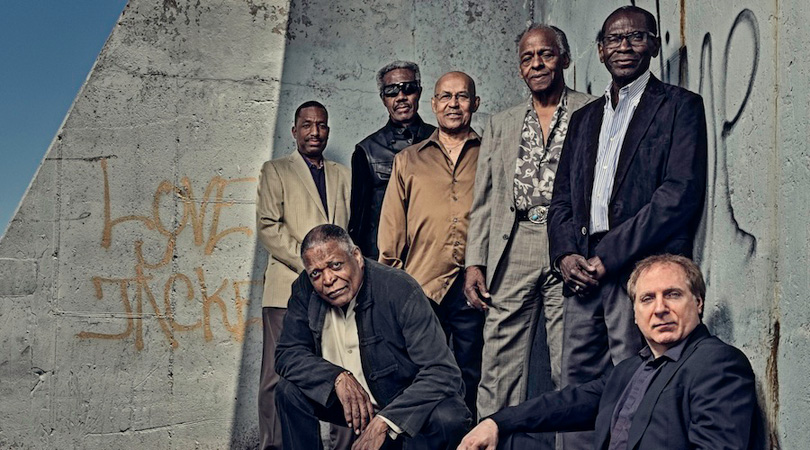 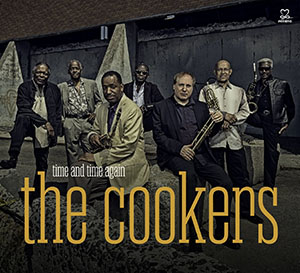 The word “legendary” suggests someone long past from the present into the misty realm of the ingenious and fondly remembered and the term elder statesmen is wholly inappropriate to describe persons who are ineffably young of heart. So the name, “The Cookers” after the word “cookin’” to describe a state of art and momentum in the idiom of jazz is most appropriate. And these gentlemen– Billy Harper on tenor saxophone, Eddie Henderson on trumpet, David Weiss also on trumpet, Donald Harrison playing alto saxophone, George Cables on piano together with the great rhythmists Cecil McBee on bass and Billy Hart on his battery of drums—not only live up to their name as musicians but come out and stay swinging throughout this profoundly beautiful set. It also behoves anyone paying attention—critics and cognoscenti as well as listeners alike—to pay a tribute to the label, Motema, now ten years young, to have seen it fit to honor the tradition with this programme of music redolent in the blues and concrete and abstract truth as proclaimed by the gospel of jazz by this gathering of the eminence gris of the idiom. It is also worth pointing out that with such a reputation that each of these gentlemen brings to the studio, there was ample room for head-butting. Clearly, however, there was none.

Listening even randomly to some of the charts in this repertoire, it would seem that egos were put aside in favour of creativity. Not that there were egos in the first place, but with a collective experience of well over a hundred years in the music of jazz, such honorable suggestions as “let’s do this my way…” might be occasionally forgiven. None of that was necessary and the music will testify to that truth. Musical melodies are gracefully handed over from one instrumentalist to the next like the proverbial golden handshake between ensemble and soloist. Although for instance, “Slippin’ and Slidin’” might have been composed by the bassist Cecil McBee and this is a chart on which he solos, his personal missive to his fellow bandmates is short and would have been almost diffident had Mr. McBee not had a sinewy personality. The same could be said of Billy Hart, who, as a drummer, would naturally be granted enough solo time to push the music into an exciting and momentous state that most drummers are supposed to do given the space. Mr. Hart does just that and a lot more when his turn arrives. The same might be said of the rest of this stellar cast of musicians. And then there is the actual repertoire.

Nine songs of not an indeterminate time (as some music is today) is not a whole lot of music to listen to. But in the retinue of notes and breathtaking lines that carve the air like scythes of magical sharpness; in the mystical shroud of the music that ensues and in the individual performances for those hoping for a detailed breakdown a sense of majesty is attained in an almost nondescript manner. This speaks to the self-assured nature of each of the participating musicians. The whole is awesome and infinitely greater than the sum of the parts. However, it pays to mention some of the music at least: in remembering the—and now the term makes eminent sense—“legendary” Mulgrew Miller, George Cables has created one of the most beautiful and elementally sad, yet uplifting musical eulogies to a musician who bestraddle the musical world like a colossus—certainly to Mulgrew Miller. And then there is the rest of the music spectacularly entitled: listen to the musicality of this one: “Dance of the Invisible Nymph.” Need more be said? Then there is Billy Harper’s spectral invocation and entreaty to the ghosts of music past: “Dance Eternal Spirits Dance.” Somehow there is a supernatural quality to this. Listening to this chart after having drunk a heady cupful of joy throughout the set is enough to send the spirit into ecstasy. This is certainly one of the year’s best albums so far.

You can’t buy experience, and The Cookers have it in abundance; combined, the group has over 250 years of experience in the jazz world, and has been a part of over 1,000 recordings. Billy Harper, Cecil McBee, George Cables, Eddie Henderson, and Billy Hart, each bandleaders in their own right, came up in the exhilarating era of the mid 1960s. On Time and Time Again you can hear and feel the decades of living and playing these warhorses have racked up in the bands of jazz stalwarts such as Lee Morgan, Herbie Hancock, Charles Lloyd, Max Roach, Art Blakey and many others. Also on full display is the take-no-prisoners approach that the band has become known for worldwide, married with a profound melodic and harmonic sophistication… Read more…