Home Masthead At the Heart of Jóhann Jóhannsson – An Interview 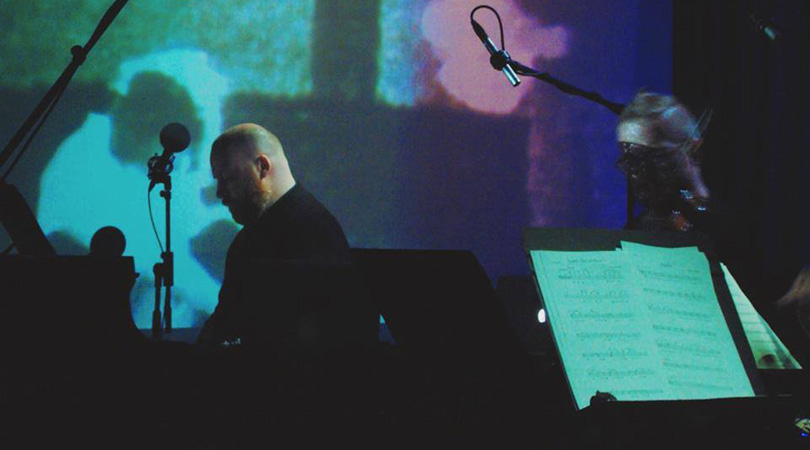 Jóhann Jóhannsson is excited. He is a shy man by nature and it is difficult for him to show ebullience, but this blustery day in August he is coming off the release of a fine documentary Good Things Await, Paul Hillier’s Danish film about a biodynamic farmer and his celebrated struggles with farming authorities in Denmark about his agricultural methods. Mr. Jóhannsson is excited about being part of that project, as excited as the director perhaps. The excitement will not abate for now at least, for the composer is en route for the international launch of The Theory of Everything the James Marsh feature, at the 2014 Toronto International Film Festival. Then he has also scored music for another film which will be launched in North America at the Film Festival in Austin Texas This is I Am Here, another Danish film this one by Anders Morgenthaler. This film is right up Mr. Jóhannsson`s alley. His personality at any rate. It is a dramatic feature about a successful businesswoman, Maria who has achieved everything except what she wants the most – a baby of her own. She decides to deal with the matter by herself and embarks on a desperate and dangerous journey in order to make her dream come true. Mr. Jóhannsson laughs easily, but he is fascinated with darkness and melancholia. His music reflects that a lot—not only his film scores, but his solo work, with his band as well. This is why he is both excited and curious about audience reactions to a score he calls “light and uplifting,” the one, that is, which is featured in The Theory of Everything. 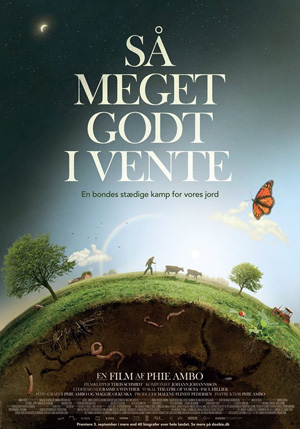 The musician and composer felt privileged to work, he says, with such a fine and exalted group of professionals such as James Marsh. He is lucky, he says, to find himself in their company time and time again, when he lands the scoring role in feature films and documentaries. The Theory of Everything centers on the relationship between physicist Stephen Hawking and Jane Wilde, the arts student he fell in love with while at Cambridge in the 1960s. The Theory of Everything was inspired by Jane Hawking’s 2007 memoir Travelling to Infinity: My Life with Stephen. The film boasts a beautifully poignant score by Mr. Jóhannsson depicting the ups and downs of their love story as Hawking faces a virtual death sentence from ALS. Mr. Jóhannsson’s score includes his signature blend of acoustic instruments and electronics. A keystone composer in the modern classical movement, Mr. Jóhannsson is distinguished by his ability to create soundscapes by electronically manipulating orchestral instrumentation, with an emotional range that spans from inspirational to harrowing. Mr. Jóhannsson explains, “It always involves the layers of live recordings, whether it’s orchestra or a band or solo instrument, with electronics and more soundscape-y elements which can come from various sources.” In this case, of course, this was inspired by James Marsh’s delicate images of the relationship between Stephen and Mrs. Hawking.

Mr. Jóhannsson lives film vicariously through the directors and the cast and crew. He becomes attached to the project in the same way as the actors and actresses and the directors and producers do. “I live in that world when I am writing the film score,” he says, “You cannot help it really, you become swept up in the circumstances of the plot and the lives of the characters; you become an interloper, a voyeur as you peer into the film with powerful lenses. This way the film comes alive in you and this is How I am able to capture the nuances of a look or an emotion that is shared between the characters in the film,” he tells me. This is what is so fascinating about Jóhann Jóhannsson. He is completely absorbed by music and film and the people involved and the interaction of the characters. He gives himself totally to the project and to music in general. I ask him if this happens every time he undertakes a project and without hesitation his answer is a resounding “Yes!” He sees himself as one who will embellish the film project at hand with the sound of music to accompany the delicate dialogue that propels the characters between themselves and the surroundings—the locale, if you like—of the film that they inhabit for the length of and the period of the film. This same aesthetic informs his music for theatre and his own solo projects. The process, he tells me, is similar. “You become absorbed by the subject matter, the themes and then the motifs come to you like epiphanies. Then you craft the melismas that act as propellants for the music determining how beautiful the music will become in sound and in silence,” he says almost enigmatically.

And there again, while experiencing how well-informed and perceptive Jóhann Jóhannsson is about his role as a musician and composer, I become aware again of the enigma that surrounds his persona. Although film consumes his time these days he is also a critically acclaimed composer of his solo works for his own band. His film work informs his solo work and vice versa and the accolades come fast and furious between both genres in one career. Jóhann Jóhannsson was named a Top 12 Film Composer “On The Rise” in 2014 by Indiewire this month. Jóhannsson began his career composing for theater, so transitioning into film was a natural progression, as well as his involvement in scoring experimental video art projects. Jóhannsson compositions have been released through the legendary label 4AD, including IBM 1401: A User’s Manual, an album composed of the sounds of an old mainframe computer. The world is not his only fan-base. I tell him that after listening to his score for Prisoners I too have become enamoured of his work. He is pleased in a shy sort of way. Then I am curious to know how it all began and how he came to this time and place?

Growing up in Iceland was fascinating, he tells me. The sights and sound of Reykjavik and his music lessons filled his life. He began young and by the time Jóhann Jóhannsson was in his teenage years he was already playing the music of the minimalists he so admired—Erik Satie was a particular favourite, as was the celebrated American Morton Feldman, who Mr. Jóhannsson was enthralled with for his use of measured sound and silence; time and space. However, growing up in Iceland there was also a burgeoning alternative scene and it was impossible not to come face to face with electronica. The German electronic music of the Krautrock genre played a particularly important role in his formation as a musician as did drone music. I neglected to ask Mr. Jóhannsson about the influence of Indian drone music from the tanpura, but it is hard for a true artist not to be open to many things. And Mr. Jóhannsson certainly was this way. But he now has a singular voice; one that emerges from the depths of the soul and rises as if to ascend the rarified realms of consciousness there to dazzle the senses.

However in a sense it is film that quickens his blood. Jóhann Jóhannsson is a visual person. He works as if he is painting on an empty canvas with brushes that can produce a delicate as well as firm stroke. “I think visually,” he says, “so it is easier for me to throw myself into film, not necessarily frame-by-frame, but holistically. I interact with characters and situations and these translate into audio-visuals in my mind. Naturally, they emerge as sonic images, I suppose.” Once again I see not a nonchalance, but a certain diffidence to deal with his impulse to adorn. And adorn he does, whether it is to film, theatre or his own solo work with his ensemble. I ask him if he is propelled by spirituality and immediately I catch a glimpse of his sense of the insignificance of the artist in the process of making art. “You always strive to do your best,” he says. “Spirituality is not something I like to think about, but in the end I or any other artist would love to have that epiphany when I write. It certainly helps the process,” he says. At any rate, he avers, the impulse to create and the act of spiritual awakening comes from the same part of the brain. And he is not far from the truth. In his case it is his own genius that is awoken when he is writing and when his music crosses that Rubicon where logic and aesthetics meet that in itself is the spiritual awakening; the arrival of a heavenly host of acolytes that infuse his stark and beautiful, and, yes, melancholic music.