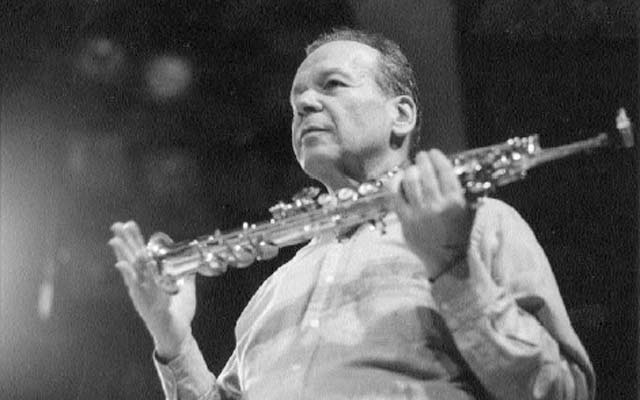 Shots is a most appropriate title for these eight pieces by the legend of the straight horn, Steve Lacy. The works in question are not only short, but they are also intriguingly titled; names that seem to explode in short almost monosyllabic staccato bursts. Despite the fact that the pieces are of a kind, seemingly almost like facets of a diamond that appears to be in the process of being cut. Still they are anything but predictable—nothing Steve Lacy did was ever predictable—with a surprise at every turn. You can almost perceive refracted many-splendored light dancing off songs pirouetting, gem after gem being spun from Mr. Lacy’s horn with balletic grace. And then there are those characteristic leaps as the horn is pointed heavenward and the music comes out in short stabbing eruptions. 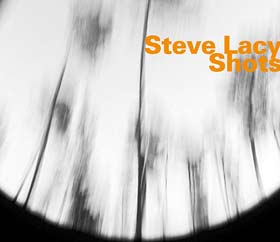 This is a disc copied from a benchmark recording that Steve Lacy made in Paris in 1977, now over 38 years old but still sounding excellent. More’s the enjoyment in wonder, of course, as this CD has been copied, we are told, from an LP in Werner X. Uehlinger’s (Hat Hut) collection with help from that other maverick label owner, Martin Davidson (EMANEM), who restored the eighth track, “The Kiss” from what is reported to be a fairly mauled version on the LP. Many recordings of that day (1977) have come and gone but none has shown the staying power that this one that features Mr. Lacy’s absolute virtuosity in an almost nude form, comparable to his iconic solo recordings. Here, however, Steve Lacy shares the credits with Masa Kwate, playing extraordinary Japanese percussion and; Irène Aebi on voice and violin on “The Kiss”.

Mr. Lacy’s musicianship is at its expressive best here. His accounts of the eight pieces are light, airy and swift in tone with no loss of gravity where needed. And tempo is the key. Steve Lacy’s readings are pacier without being driven or sacrificing beautifully consonant (and at times dissonant) tone. The music sometimes feels like the eight songs are eight movements based on the same material; an “awakening” of a flexible woodwind by calm almost restrained fingers that turn the music into a symphony at the end. The result is real music from “Moms” to “The Kiss”, consistently catching the ear, often with subtle textures and sometimes with bold rhythmic statements. Hence the title Shots, I suppose. The music also seems to be making a case for the kind of advocacy Steve Lacy’s music has been crying out for, remarkably, caught in some magical engineering and mastering by Peter Pfister, despite being transferred from the grooves of an old LP.

Throughout the cycle of songs, you can perceive Steve Lacy’s breathtaking form with exposition, development and recapitulation. Some songs—such as “Tots” and “Coots”—are also delightfully humorous while also being gentler with Mr. Lacy’s horn sometimes flirting with ‘nursery’ themes. Other songs—such as “The Ladder”, “The Wire” and “The Kiss” have a vital, even visceral edge, full of lively, unpredictable invention. “The Kiss” barely over five minutes is surely a summing-up emotionally as well as thematically. More than every this is a performance by one of music’s most iconic figures, that could not have been more responsive and concentrated throughout with sparks of lyricism, quite haunting at times, and sparkling as ever. Once again, Steve Lacy at his best. After all, what else could Mr. Lacy ever be but that.

Steve Lacy (July 23, 1934 – June 4, 2004), born Steven Norman Lackritz in New York City, was a jazz saxophonist and composer recognized as one of the important players of soprano saxophone. Coming to prominence in the 1950s as a progressive Dixieland musician, Lacy went on to a long and prolific career. He worked extensively in experimental jazz and dabbled in the freedom of improvisation, but Lacy’s music was typically melodic and tightly-structured. Read more…