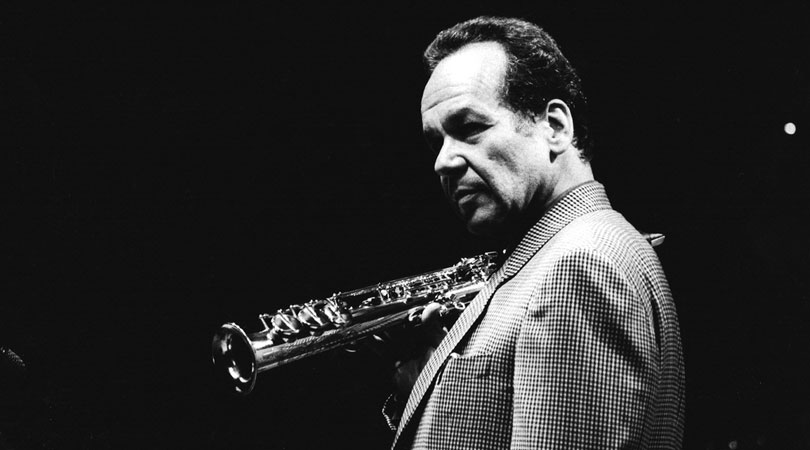 When Steve Lacy plays the soprano saxophone, the music always comes from somewhere deep within him. So deep does Mr. Lacy go that the instrument itself becomes a part of that formless being; it becomes that very amorphous being and dwells within him with such utter ecstasy that he is able to celebrate its itinerant nature with unexpurgated joy. Perhaps the saxophone is his very soul, that indescribable presence that surrounds him with the proverbial halo of music. And it takes aim at the listener’s heart. What a wondrous feeling that is. There are very few musicians that have had that effect on his audience. Bird, with his revolutionary melodic and rhythmic genius, was one of them. Then there was Charles Mingus, in his terrible anger; Miles Davis with his piercing sardonicism and John Coltrane with is soaring spiritualism. But Steve Lacy is sometimes all of this. First and foremost he speaks a history that began with Sidney Bechet; perhaps even the mythical howl of Buddy Bolden. Then he cut a primordial swathe for everyone who came after him. Then Mr. Lacy epitomises the forces of nature, for when he plays the shriek of the wind is heard as well as the splash of every dewdrop on beckoning leaves of grass; and the ecstatic chatter and laughter of common folk as human endeavour triumphs. 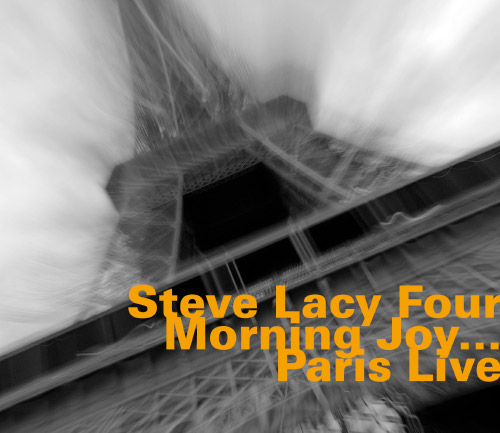 On Morning Joy… Paris Live Steve Lacy brought all of this alive before a gobsmacked audience in 1986. Songs skitter and swing; take off and soar like birds caught in a hot up-draft that carries them far and away to places where many have been waiting to hear such magical music. Melodies are flipped and made to hang upside down. Soli probe and poke these very melodies with wry humour. The blues is cried. But most of all the wondrous nature of the soprano saxophone is extended beyond the realm of the possible. Its arias seem to be sung rather than played. Registers are blurred and stretched. Tonally the instrument becomes more magical than any reed can describe. It is mathematical as well as mystically random. The aperiodic aspects of his notes make for aural graphics that are like enchanted whorls. The sometimes indeterminate duration and intensity combined with mythic timbre and pitch make these notes endure in the mind’s mind. Even in their dry and transient form they announce their rapturous nature as they combine in continuous lines to form glorious necklaces that adorn every song that Mr. Lacy plays. His pure tonality has the sinusoidal pattern of an ocean of sound; electric in its energy. And when these develop in layers they become complex and virtually indescribably beautiful.

Steve Lacy was a lifelong admirer of Herbie Nichols and Thelonious Monk. On this recording Mr. Lacy performs three tunes by Mr. Monk: The mysteriously gorgeous “Epistrophy,” the ebullient, almost rambunctious “In Walked Bud” and the seldom heard “Work.” All of these charts are instantly recognisable and yet they appear to be completely re-imagined; made completely new and of Mr. Lacy’s own making. In fact the saxophonist may be the most intelligent interpreter of Monk tunes. His expertise in this realm is unmatched and might be described as expertly original. The other fare on this recording comprises charts written by Mr. Lacy and these are inimitably and wittily dry and spectacular. “Prospectus,” “Wickets,” Morning Joy” and “As Usual” are so intimately Steve Lacy that they are instantly recognisable as such. This album, a reissue of a decades-old concert may just be one of the most important recordings of any era.

Steve Lacy (July 23, 1934 – June 4, 2004), born Steven Norman Lackritz in New York City, was a jazz saxophonist and composer recognized as one of the important players of soprano saxophone. Coming to prominence in the 1950s as a progressive Dixieland musician, Lacy went on to a long and prolific career. He worked extensively in experimental jazz and dabbled in the freedom of improvisation, but Lacy’s music was typically melodic and tightly-structured. Lacy also became a highly distinctive composer with a signature organic of style, with compositions often built out of little more than a single questioning phrase, repeated several times. The music of Thelonious Monk became a permanent part of Lacy’s repertoire after a stint in the pianist’s band, with Monk’s songs appearing on virtually every Lacy album and concert program; Lacy often partnered with trombonist Roswell Rudd in exploring Monk’s work. Beyond Monk, Lacy performed the work of jazz composers such as Charles Mingus, Duke Ellington and Herbie Nichols; unlike many jazz musicians he rarely played standard popular or show tunes. Read more…