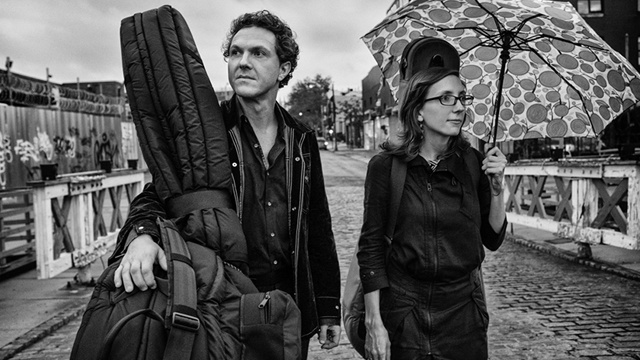 There are no points of reference for what this duo, Secret Keeper, is doing. You might say that the Jimmy Giuffre trio with Steve Swallow and Paul Bley come to mind in the absolute daring of their recordings and I think there were just three recordings by that iconic trio. Now Secret Keeper, with Stephan Crump and Mary Halvorson are, in fact, making music as audacious as that trio did and path-breaking as well. I don’t think that I will be returning to Jimmy Giuffre’s recordings in a hurry. I have to savour this record first. And I am besotted. Mary Halvorson’s technical command of the guitar and the contemporary improvised idiom is impressive. She understands the underlying rhetoric, musical textures and expressive power of its ornamentation practices. Stephan Crump is no less of a master of his instrument. This is manifested in his imaginative use of dynamics. His is an individual voice, whose ability to surprise the listener, at every turn, is remarkable. His pizzicato playing is sharp and angular. He makes use of colour in a most novel way and it shows in his magnificent arco playing. 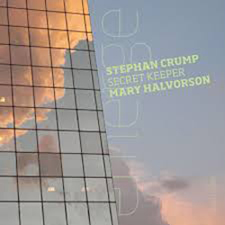 The programme on Emerge, the duo’s second disc as Secret Keeper begins with “What’ll I Do”. Opening with a standard and that too one where surprise is the only constant throughout is a stroke of genius. Still nothing could prepare you for what’s in store from one track to another. Music for this duo seems to be like taking a figure that we have just heard and turning it on its head. Case in point: the Irving Berlin classic played a lot slower than any other version that I have heard and yet making it retain all of its tenderness. It’s nothing short of genius. From now on the listener can expect more exquisite work from this duo on this album. And they do not disappoint. Not in the least bit. Ms. Halvorson and Mr. Crump are simply astonishing from one song to the next. Triumphantly so. What a joy it is to hear mysterious pieces such as “Emerge” and “Bridge Loss Sequence” played by fine players such as these, scrupulously attentive to the music, the angularity of the idiom and with nimble technique. Even the more quirky pieces “In Time You Yell” and “A Muddle of Hope” become admirable little gems.

I have enjoyed individual discs by these artists and although Emerge is my first exposure to them as a duo, I find myself enjoying it enormously the more I listen to it. Mary Halvorson and Stephan Crump, the members of Secret Keeper parley with the familiarity of old friends. And yet their playing always retains the feeling that something brand new and exciting is happening every time they are together. Nothing is forced or overly mannered; song tempos, duo playing and balance – all seem effortlessly and intuitively right. The string sound from both guitarist and bassist is lucid and warm. These are, in sum, sincere and poised accounts, fitting tributes to the exciting and faultless character of composers and their music. A disc to die for.

Grammy-nominated, Memphis-bred bassist/composer Stephan Crump is a rising light on the New York music scene. As collaborator with mainstream jazz luminaries, downtown explorers, singer/songwriters and others, he has become known for the elegance and purposeful groove of his acoustic and electric bass playing, and for transforming his instrument into a speaking entity with magnetic pull on audiences. As a composer, he is emerging as a singular voice. Read more…

One of improvised music’s most in-demand guitarists, Mary Halvorson has been active in New York since 2002, following jazz studies at Wesleyan University and the New School. Critics have called her “a singular talent” (Lloyd Sachs, JazzTimes), ”NYC’s least-predictable improviser” (Howard Mandel, City Arts), “one of the most exciting and original guitarists in jazz—or otherwise” (Steve Dollar, Wall Street Journal), and “one of today’s most formidable bandleaders” (Francis Davis, Village Voice). Read more…