Home Music Words and Music by… 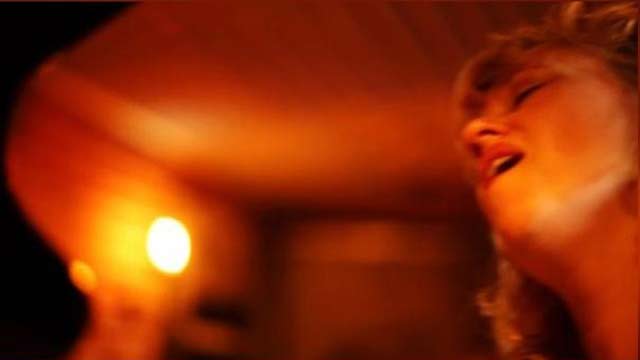 William Shakespeare once promised, with no reference to jazz, of course, that music did soothe the savage breast. As with Shakespearean drama, so also does the music of Dave Brubeck and Clare Fischer soothe the savage breast. In fact the savage breast was more than soothed, it was aroused. And then along came Iola Brubeck and Cheryl Pyle, Weaver Copeland, Roger Shore, Paul Wickliffe and of course, Clare Fischer himself. Was a new kind of life breathed into the music of Dave Brubeck and Clare Fischer? It ain’t necessarily so. But by getting under the skin of the music, Dave Brubeck’s wife Iola and the lyricists who most certainly relocated the music of Dave Brubeck, Paul Desmond and Clare Fischer’s music to the landscape of poetry. Sadly it has taken some time for these wonderful partnerships to be put down on record, Now that it has, what a wondrous thing has happened to music we are so accustomed to hear instrumentally. Of course not many people – even aficionados of music – knew how great a lyricist Iola Brubeck was. Even the family seemed to have kept it a secret for some time.

And suddenly there are three new records dedicated to this music – two paying tribute to Dave and Iola Brubeck: Karla Harris Sings the Dave and Iola Brubeck Songbook, The Dan Brubeck Quartet – Celebrating the Music and Lyrics of Dave and Iola Brubeck and then there is Clarity: Music of Clare Fischer performed by Roseanna Vitro. All three recordings are spectacular. There is a sense of devotion, reverence towards the honorees. The sound is clear and the lyrics bring the songs to life once again. In the case of the Dave and Iola Brubeck recordings – especially the one made by Dan Brubeck – the presentations are exactly what you would want, with full texts and a short note by vocalist Karla Harris and a detailed essay from the younger Mr. Brubeck that explores the lyricist’s (Iola Brubeck) with the composer (Dave Brubeck) and various lyricists with Clare Fischer. And the selection of the tracks is truly inspired. The vocals are pure and clean and the vivid poetry and lyricism of the words bring the music to life. Again. The vocalists’ performances swing with abandon and offer similar recompense to the vivid manner of the poetry.

These are all refreshing and unfailingly engaging performances, then, even if the competition from Blue Forest Records (Dan Brubeck Quartet) featuring Adam Thomas on vocals and bass probably remains the more complete recommendation.

The Dan Brubeck Quartet: Celebrating the Music and Lyrics of Dave and Iola Brubeck

There is a tenderness in the music of Dave and Iola Brubeck that grew out their love for each other that spanned many decades. This relationship coloured the music. The quartet’s playing here, is driven by the drummer and the son of Dave and Iola Brubeck, Dan Brubeck. But it is the voice of Adam Thomas that colours the proceedings. He takes his time and uses his pliable voice to play with light and shade in these atmospheric performances. “In Your Own Sweet Way” is an epitomé of wonderful tempo and timing. “Lord, Lord” is a revelation. The most familiar pieces: “Blue Rondo a la Turk” are splendidly laid out. 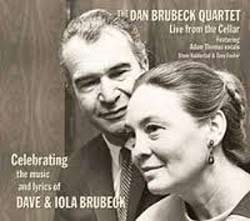 Adam Thomas rises beautifully to the challenge. After all these songs are most definitely written for a female soprano and while Mr. Thomas is more of a tenor who reaches the lower registers of a counter-tenor with fluidity and charm, he is far from suggesting a soprano. What he does; and does magnificently is convey the relationship between Dave and Iola Brubeck. His crystalline poise shines like a polished gem. Shaded textures define most of the music as does muted polyphonic ecstasy.

And let’s not forget that the Dave Brubeck Quartet had a distinctive, memorable sound, which came from Paul Desmond, Eugene Wright and Joe Morello. These musicians far from reside in the shadows of that legendary band. Steve Kaldestad plays with a soft tenderness and delicate texture that defined the alto saxophone of Paul Desmond. Mr. Brubeck’s son, Dan is right on top of Joe Morello, but his playing is graced with a fine balance of subtlety and devastating emotional directness. But then he is the son of Dave and Iola Brubeck. Adam Thomas is a superlative bassist and also takes on the added responsibility of capturing the beauty of the lyrics and the music. This he does so with élan. This band is eminently qualified to pay tribute to Dave and Iola Brubeck.

Track List: Disk 1 – In Your Own Sweet Way; Since Love Had Its Way; Summer Song; It’s A Raggy Waltz; Autumn In Our Town; Lord, Lord; Ode To A Cowboy; Blue Rondo a la Turk; Disk 2 – Strange Meadowlark; The Desert and the Parched Land; For Iola; The Duke; Weep No More; Take Five

About The Dan Brubeck Quartet

The Dan Brubeck Quartet is Dan’s exciting new group, originally created for performing the music on the “Celebrating the Music and Lyrics of Dave & Iola Brubeck” 2 CD set (see New Release). Based in Vancouver, Canada, the group features the exceptional vocal talent of Adam Thomas (also on bass), with saxophonist Steve Kaldestad, and pianist Tony Foster. The video of the group performing live at the Cellar (in Vancouver) during recording for the “Celebrating…” CD says it all. The group is currently available for performances of the “Celebrating…” program Read more…