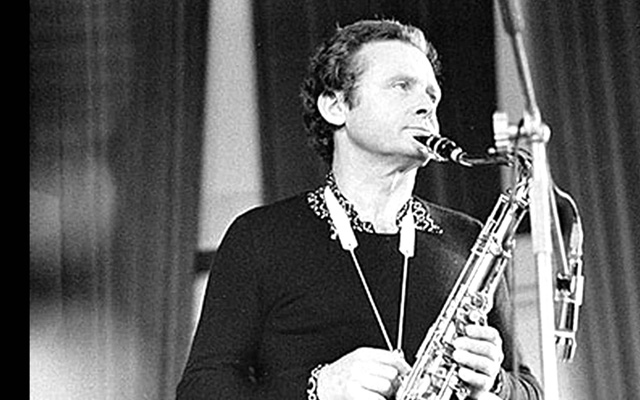 Of all the great tenor saxophone players that you can name on the fingers of your hands, Stan Getz features very prominently. Getz was one of those musicians who had a searching intellect and a glorious imagination. He made difficult things look easy and his approach to music though sensitive was always understated. Getz was a ‘heart’ player and risked his life for every note. He often took up songs that had been given the once over scores of times before, but when he played them you fell in love with the music all over again. And that’s because every note that Getz played counted for something; it lit up not only the song, but every venue in which they were played so much so that even on bad days he was better than almost any tenor saxophonist playing during his day. 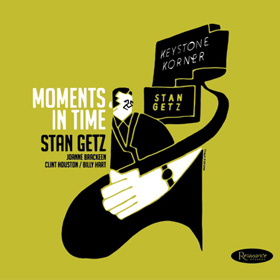 Moments in Time came rather late in his performing life. But what a triumph it is. The set from May 1976 came hot on the heels of the performance with João Gilberto at the Todd Barkan’s Keystone Korner. Many great musicians passed through there. Getz’s performances must surely have been among the most memorable. Just listen to the music. It is joyously articulate, refined and achingly personal. With his immaculate technical address and ravishingly songful, mellow tone, Getz strikes precisely the right balance between classic strength and intensely private introspection, his contribution as full of radiant spontaneity and tumbling fantasy as one could ever wish. And that does not only apply to songs such as ‘O Grande Amor’, ‘Con Alma’ and ‘Prelude to a Kiss’. Try the profoundly beautiful ‘Infant Eyes’, Kenny Wheeler’s ethereal ‘The Cry of the Wild Goose’ and Jimmy Rowles’ ‘Morning Star’.

Stan Getz is also blessed in having such scrupulously attentive partners in pianist Joanne Brackeen, bassist Clint Houston and the great Billy Hart. Brackeen and Hart were evolving at that time, but their distinctive genius was already in evidence on Moments in Time. All of the musicians who played on this date procure playing of the very highest quality. Tempi throughout are uniformly judged. Brackeen in particular is stunning. Her playing – especially her soli – combines suppleness and purpose leading into quicksilver runs and daunting arpeggios and yet she still manages to eschew any suggestion of hectic flashiness. Hart and Clint Houston combine with intoxicating brilliance. The astounding and unstinting appeal of this set from forty years ago will not dwindle even with the passing of another four decades.

On another different, yet equally joyful note, we are told somewhere in the lavishly produced booklet that Todd Barkan’s cornucopia of recorded music from his iconic club has yielded an abundance of riches; gems and jewels for George Klabin of Resonance together with Producer Zev Feldman who will have their hands full for some time to come. At any rate we have come to expect nothing but impeccable productions from Resonance. For their part the label has never, ever disappointed. Moments in Time is not only a monumentally exquisite production, but it is also a recording that fits nicely into the vast discography of one of the greatest tenor saxophonists in Jazz.