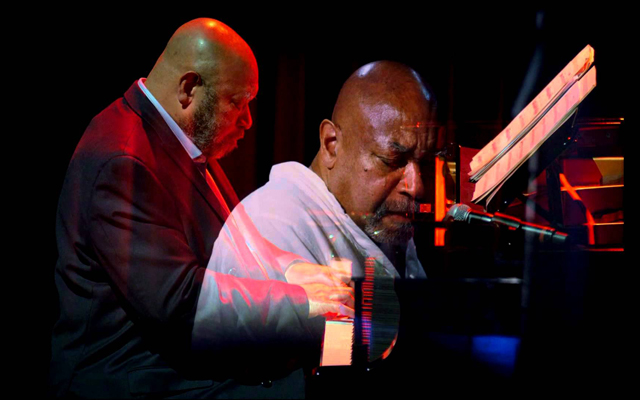 The Book of Intuition by the Kenny Barron Trio is the pianist’s most recent triumph, made in the quietude of the recording studio. The title says it all: it is a wonderfully intuitive account of the piano musicology. It is a jubilantly eloquent and a raptly communicative performance that only goes to show that it’s clear that the intervening decades have only served to heighten and refine Barron’s responses to this achingly personal music. With his immaculate technical address and ravishingly songful, mellow tone, Kenny Barron strikes a fine balance between classical strength and private introspection, his contribution as full of radiant spontaneity and tumbling fantasy as one could wish. 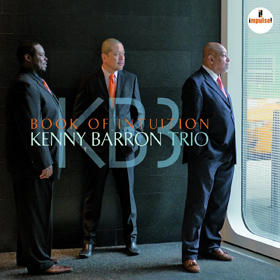 On this outing, Barron is extremely fortunate to have the benefit of two scrupulously attentive partners in bassist Kiyoshi Kitagawa and drummer Johnathan Blake, both rapidly rising stars on their respective instruments. Together the men procure playing of the very highest quality from the trio format. Tempi throughout are uniformly judged. Harmonies are worked into Barron’s melodies with suppleness and purpose leading into quicksilver solos from each of the men. ‘Shuffle Boil’ is a fine example and so is ‘Dreams’. To the slower tunes on the disc Barron, Kitagawa and Blake bring an unexaggerated depth of feeling, tenderness of expression and simple flow that put you in the mind of the finest piano trio music ever made.

And it’s not just the Thelonious Monk tunes, but also Barron’s own songbook that finds these sympathetic artists at the top of their game. Composed over a period of time the music seems to fit like gloves for the musicians who snuggle up to the tunes as if they could play them in their proverbial sleep. Each brings a generous indulgence to the music that requires careful handling of its seductive charms, and myriad intricacies that each tune holds in its own secret melodic place. After a sultry and intoxicatingly poised opening to the album, things simply don’t let up and only get more beautifully frenetic through ‘Lunacy’. The song fairly crackles with wit and ear-pricking detail, where harmonic overtones register so subtly in the pianist’ brief col legno passage before the end.

In the whispering elegance of Charlie Haden’s ‘Nightfall’ you have a perfect ending to something utterly memorable. I don’t think I’ve ever heard essayed an album where a greater combination of stylish teamwork has been exhibited with such sinewy thrust and inevitability. So much so that there is an ambient glow to the music that hovers around the room even after the final chords die. So make no mistake; every aspect of this enterprise reflects enormous credit on all involved, especially the éminence grise of the piano: a certain Mr. Kenneth Barron.