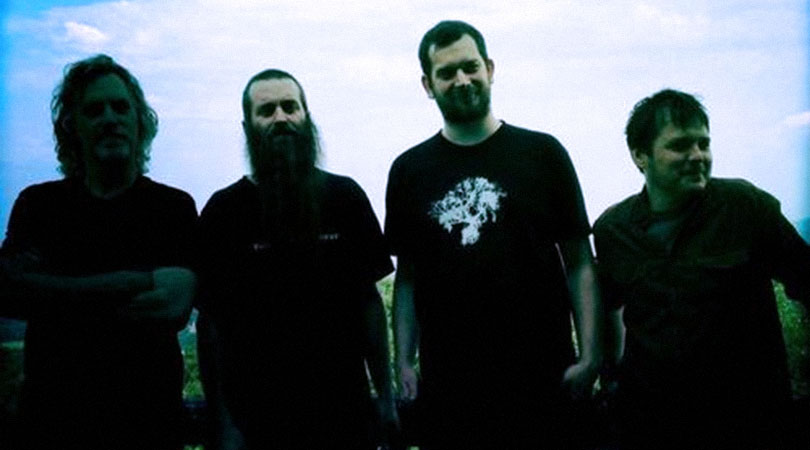 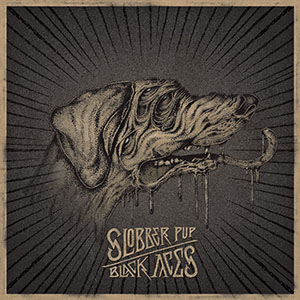 If the great Irish writer James Joyce were to write music, in the stream of consciousness, he might have been a Slobber Pup. This musical energy that imbues the music of Slobber Pup on Black Aces is also so visceral that it seems to come from a primordial source that it always threatens to explode at any time. But fortunately the exquisite control with which the players negotiate the extraordinary improvisations that are incarnated here as individual pieces of music—for that is impossible to describe the extraordinary musical flights in any other way—that they never seem incoherent; the music is always where it should be, made up of long lines in a surreal narrative. The pieces seem to relate to one another and although they do not fade in and out of each other as music in a suite would there is a spectral relationship between each of them.

The music of this record is texturally extremely interesting. Much of this has to do with the manner in which keyboards player Jamie Saft lays down what could be the warp of the tapestry. It is then that guitarist Joe Morris, bassist Trevor Dunn and drummer Balazs Pandi take turns weaving in the weft of this gigantic fabric of music that turns out to assault the senses just as Picasso’s Guernica once shattered the naked eye. If the great painter depicted the murderous nature of the Franco era, it is almost as if Slobber Pup are suggesting—as Pink Floyd once did—the existential destruction of nation-states which lack an understanding and appreciation of music. The trick is following the raging lines of electric bass (the proverbial doffing of the hat to Bill Laswell) and the smash and scatteration of Mr. Pandi’s drums in what is almost as intense as a head banging brawl; and the wild and echoing solipsism of Joe Morris’ grand designs on his guitar.

It seems that at the end of the music is a nebulous strain aligning the chart “Accuser” with “Taint of Satin.” What lies in between is the rage of existential angst of organ and guitar; a constant reminder that this music—in all it violent colouration—is reflective of a state of mind that is fed by the revulsion of the somnolent mediocrity of the dilettante nature of art and/or purported artistry. It protests and is not satisfied with that which is accessible and voluble. It attempts to shatter and pour scorn on the laissez-faire of music by weaving that raw-textured sonic design featuring loud and raucous colours from a palette that is wild and beautifully extensive, but never too violent-coloured to bear and is always expanded from a tonal centre that shifts ever so slightly from time to time, which keeps things interesting throughout the recording.