This compilation of work, Dreamer is the one recording to go to if you want to experience the breathtaking sweep of the musicalianship of Shunzo Ohno, one of the most prodigiously gifted composers and trumpet-players to have roamed the world of Jazz. Mr. Ohno is something of a heroic figure in music and his dramatic fortunes – both good and bad – have been reflected in his incredible seven-minute long song “Musashi” a work that, in its darkness and its light, inadvertently, celebrates the samurai in him (Mr. Ohno, that is), characterised if one may, by the absolute indomitable spirit with which he has lived his sainted life, dedicated with shogun-like fire to completing an absolute mastery of music and life.

Both are labels that Mr. Ohno wears extremely well and in turning his most dire and dramatic moments in his life to poignant and epic music is an end result; one that is superbly catalogued in this repertoire. In being confronted by this extraordinary sweep of Mr. Ohno’s work here – from solo trumpet performances to duos, and in somewhat larger ensembles with, among others, some of his best musical collaborators, 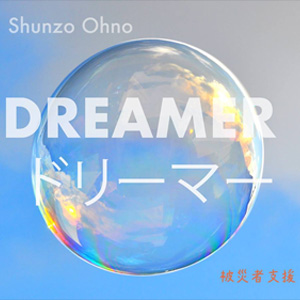 such as his brother-in-law and extraordinary tabalchi, Ray Spiegal, bassist Buster Williams and pianist David Berkman, and the co-creator of many atmospheric moments on Mr. Ohno’s music, keyboards player Clifford Carter – one is, of course, principally struck by how much Mr. Ohno’s work is able to convey a tensile strength and the same unbreakable spirit not only associated with samurai but also that of the legendary blues musician.

And so Mr. Ohno resurrects the roots of his Japanese tradition in works that burst into colour and pulse in the sound of taico-like drums (played by Danny Shadownik on “Go-On” or in the lonely and elemental splendour of his trumpet on “Tabruzaka”, or in the glinting lights glimpsed to the rhythmic tala played by Ray Spiegel to which he (Mr. Ohno) responds with the parabolic gamboling on his wah-wah-inflected trumpet, which wails as if keening at an unforgiving moon. There is also a magnificent ballad played, which lead melodic line is played an open bell (and with harmonics with other, muted lines), and with gorgeous accompaniment from just Clifford Carter on piano and electronics – that classic is “Alone, Not Alone”. This is followed-up with a funky sketch of his daughter on “Léa’s Run”, complete with wah-wah effects to go with the extra-spiky flourishes.

“Tairyo Bushi” is a solo trumpet feature full of mysterious depths, expectations, frustrations, hopes and doubts, soaring in whispered glissandos like some mystical Japanese folk song, glimpsed by moonlight in a forest. “Musashi” is, of course, the disc’s crowning glory in sheer colour and variety, in the depth of its characterisation and the exceptional range and refinement of (his) horn-playing. And then, as if to remind us that Mr. Ohno is, after all a practicing Jazzman, he tops the fare that just went by with a heartbreakingly beautiful version of Harold Arlen’s “Over the Rainbow” with the magnificent Vic Juris on guitar, Clifford Carter on piano and electronically-issued harmonics, with the mighty rhythmists Dave Anderson on bass and Thierry Arpino on drums: if for nothing else, just to remind us that while Mr. Ohno is Japanese by birth and upbringing, he is culturally as rich as any Jazz musician playing a standard from the Great American Songbook.

Note: Dreamers is part of trumpeter Shunzo Ohno’s “giving back” to the land of his birth, Japan, which has been through trying times recently, starting with the Fukushima Daiichi nuclear disaster followed by a seemingly endless string of earthquakes and other disasters in in the Fukushima Prefecture, Japan. The recording is currently available only in Japan but may be purchased through the artist’s Japanese website.