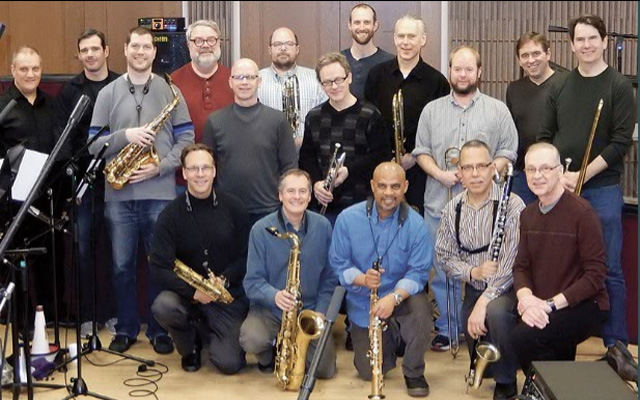 The Scott Reeves Jazz Orchestra is on a mission. The New York ensemble explores the newest ideas in big band performance while also acknowledging history. Scott Reeves, the bandleader, conductor and alto flugelhorn player suggests in his note that he dreams of Duke Ellington, Thad Jones, Gil Evans, Bob Brookmeyer, David Baker, Manny Albam, Michael Abene…and others, which is significant because it suggests that this orchestra has excellent pedigree. It is also an artistic collective created by bringing together many audacious figures, virtuosos who certainly pledge allegiance to the same cause Scott Reeves, not only by giving their all, but also by bringing fresh perspectives to Reeves’ music on Portraits And Places. 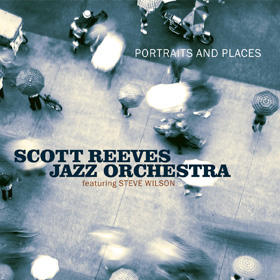 On this (first?) recording these intrepid New York musicians show their versatility in music of various stripes. Compositions come from the pen of Scott Reeves, with one – ‘Aguas De Marco’ – being a Brasilian classic by Antonio Carlos Jobim. All the eight pieces abound in colourful material and various styles and moods. Hints of Ellington, Jones and Brookmeyer are woven into the fabric of explosive and tranquil appeal. The group delves into gorgeously layered sonorities of ‘The Soulful Mr. Williams’, a tone poem that contains masterful readings by Steve Wilson on alto saxophone and Jim Ridl on piano. The interactions are mesmerising, with all sorts of sustained gestures shaded by deft punctuations and subtle effects on Reeves’ masterpiece the ‘L & T Suite’. There’s also no letting up on the rest of the gorgeous tracks.

These creations lead to one to suggest that they will become the foundations of 21st century repertoire; The ‘L & T Suite’ would certainly qualify for this distinction, despite it being very personal in nature, as will ‘The Soulful Mr. Williams’. The performances of the two pieces eschew any suggestion of romantic excess, instead making points through artistry of lean and vibrant persuasion. One can glean from scores of these compositions, for instance, that Scott Reeves and his art is highly prized and sophisticated. But it is another thing to hear the works performed so convincingly; how potent and vital the art of each soloist is. This is also true of the other performances. Such is the spirit of freshness and adventure the Scott Reeves Jazz Orchestra bring to these works that one cannot help but wonder not what their next record will sound like but how soon we will get to hear it.