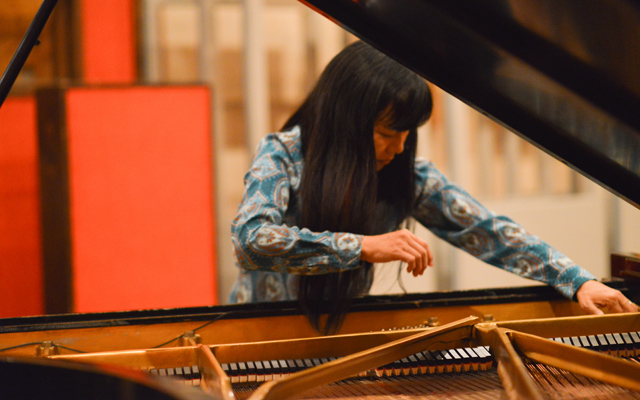 There is ample evidence in her oeuvre comprising some eighty-odd recordings to suggest that Satoko Fujii writes not only with her pencil, but also with her nerve ends. During the artistically active period of her short, sixty years, she has also shown herself to be dauntingly prolific, with a work-list that must surely cover hundreds of pieces, for almost every conceivable artistic combination from the unlikeliest duo comprising herself and her trumpet-playing husband, Natsuki Tamura and the iconic violinist Carla Kihlstedt to another of great expectation featuring a mentor, Paul Bley. She has longish-standing groups in Japan, Europe and the United States and even helms orchestras in Tokyo, Berlin and New York.

Yet her fecundity is not achieved by resorting to simple formulae: on the contrary, such is her breadth of expression that it is difficult to fathom what stylistic traits link one work to another. Long before Miss Fujii was growing into her sixtieth year with Mr. Tamura almost always by her side, her own music expanding in many different directions, absorbing influences from diverse sources in the classical, Jazz and Japanese folk realms. While her music with smaller groups continues to be draped in statuesque silences the compositions written for larger ensembles have become multi-layered spectacles; and all came from a place of considerable depth and are shaped by Miss Fujii’s sense of musical architecture that is at once uncommonly monumental and at the same time, living, breathing human endeavors.

By announcing that she will treat her 60th birthday – her kanreki celebration – as a milestone from where she will look ever-forward, Miss Fujii was probably shifting into a higher gear, one which she will use to create an album for every month of her 60th year. Truth be told, she never really needed any impetus like this or any other, to “look forward” or to engage in more “forward-thinking” music as she was re-evaluating her entire repertoire. However, symbolically, she begins this endeavor with a recording that casts her in solitary splendor 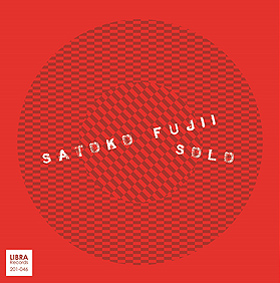 Satoko Fujii: Solo is that recording of the concert Miss Fujii held at Yawatahama Yumemikan Hall. The first and most striking aspect of this recording is fully-formed the music is, as it comes from a place that is both splendidly solitary as well as warmly comfortable. Often played with graceful touch this music is, nevertheless, sublimely heated and its seven pieces flow with the viscosity of molten lava, as Miss Fujii turns her attention firmly to more modern music – albeit of an antique hue – with remarkably effective results. The piano sound is warm and intimate, and the emphasis is on the comforting sensuousness of each song. Some of these – like “Gen Himmel” – we may have heard before but these versions are steely gray and muscular and there is an amazingly organic feel to this performance, unlike you have ever heard Miss Fujii sound like before. 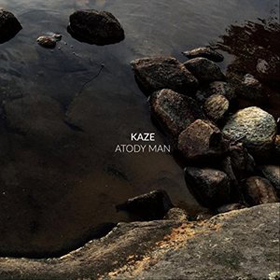 Kaze: Atody Man At first the ear barely notices the small orchestra’s presence, so lustrous is the entry of the piano that builds to a crescendo from low notes and the brazen voice of brass – both Natsuki Tamura’s and Christian Pruvost’s. A disputatious clatter of percussion from Peter Orins rouses the quartet to greater assertiveness. Miss Fujii, meanwhile, continues in meditative serenity, caressing the keys, occasionally bearing down hard on them as if to sing in an unusual rasp. “Méta-Blizzard” continues in a similar vein, but after a short struggle for dominance, it disappears beneath the quartet’s turbulence. Loud brass expletives and repetitive keyboard figures disrupt the smooth progress, but Miss Fujii’s plaintive time chant of “Morning Glow” cannot be subdued so easily. The trumpets rise again to the surface of “Atody Man”, leading us, with piano and drums, back to the silence from which the music shimmered into life a little over an hour earlier. 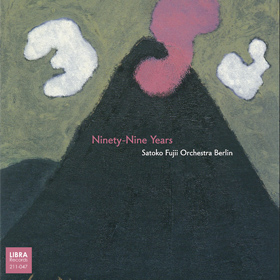 Kaze Orchestra Berlin: Ninety-Nine Years The piano-less Orchestra Berlin features an almost human albeit metallic voicing in these five chamber pieces. The shadow of Miss Fujii’s other work hovers lightly over these pieces. The sonic arguments are a little denser than any of the other music we hear in these four recordings. The music opens with a flourish that briefly coalesces into expansive melody before the mood of restless anxiety establishes itself. The music that follows avoids dramatic contrasts, yet the underlying melodic agitation is relentless and impatient in its forward momentum. At times the players seem to pummel their instruments; pizzicatos have a savage intensity and in “Oops” the music has a feel of rancorous argument in which the participants seem to eventually reach a plateau of exhausted disagreement. Again, silence seems to play an important musical part in this score. Often these are matched by dramatic gestures of the music, with its ostinatos, harmonics and pizzicatos swirling around the silences with dizzying intensity. 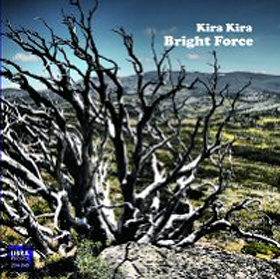 Kira Kira: Bright Force This new group, without a recognisable virtuoso soloist at first, plays music with a wildly varying tempo and thus we are left bewilderingly tethered to the (fused) group of musicians. But with each player – Miss Fujii, Mr. Tamura, drummer Ittetsu Takemura and keyboard wizard Alister Spence – all deeply involved in the music’s progress an entrancing rhapsody develops leading directly into the larger work – “Luna Lionfish” – which lies at the heart of this recording. Miss Fujii’s control of the many high pianissimos is unwavering and she leads this ensemble right into the rhapsodic heart of this music on track 3 of the recording. This quartet will forever be remembered as one that was stretched to the limit but remained doggedly equal to the challenge of this music. Each musician plays with great depth and their authority over Miss Fujii’s complex music is unimpeachable.