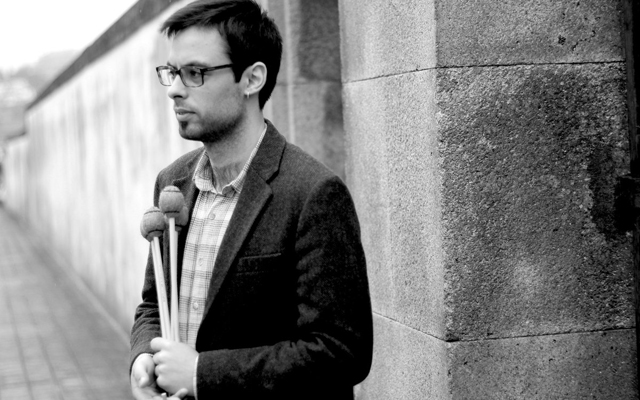 Axis Mundi…What a profound title for album of music; and one made by Rui Filipe Freitas and his sextet of Portuguese artists. The fact that the music is composed and improvised in the style of Jazz is especially significant for the Axis Mundi is not only the ‘cosmic axis’, the ‘centre of the world’ but it is considered to be the omphalos (navel), the world’s point of beginning. This umbilical connotation lends itself to Mother Africa, the origin of all civilisations and also by deduction the birthplace of all music. The Axis Mundi as a symbol originates in a natural and universal psychological perception: that the spot one occupies stands at ‘the center of the world’; a spot where earth and sky come closest gains status as centre – a mountain for instance – and because the axis mundi is an idea that unites a number of concrete images, no contradiction exists in regarding multiple spots as “the center of the world”.

The profound nature of the music of Rui Filipe Freitas on this album Axis Mundi and the continuous plaiting of melodic and improvisational lines from the saxophone, guitar and vibraphone, in tempi that seem to defy gravity and also – in their internal intricacies – creates wonderful mandala-like patterns, the visceral energy of which is powered by the incessant throb of the bass and the rattle and hum of the drums. Moreover this yowl of the saxophones and the rumble of bass and drums seems to usher melodies heavenward with the tintinnabulation of the vibraphone and it all appears to unite in a music that suggests a spiritualism so quintessential to the overall Axis Mundi theme. It is in these traceries that one also comes face to face not only with the concrete imagery of the music, 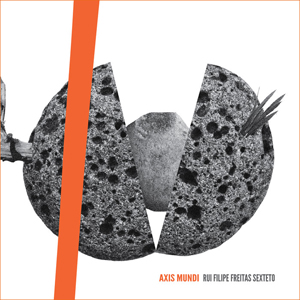 but also its abstract counterparts; almost as if Mircea Eliade’s (that leading interpreter of religious experience) paradigms and (his) theory – that hierophanies form the basis of religion, splitting the human experience of reality into sacred and profane space and time – was brought alive in this extraordinary music.

The wave of profundity reaches its peak in the magnificent “Duro de Roer” where the interlacing of bass clarinet of José Pedro Coelho and exquisite guitar ornamentations of Mané Fernandes’ guitar are thrust seemingly upwards by the vibraphone of Rui Filipe Freitas, soon joined by João Mortágua. The hypnotic rhythmic circles of Filipe Teixeira on contrabass and João Martins on drums adds a masterful touch to the mesmerising music. However, this is only one such example of magnificently crafted music onAxis Mundi. The gliding instrumental atteggiamenti of “Grace”, appropriately darkened on “Abscôndito” is exquisite to the point of being too marvellous for words. Not that the music of the other pieces is any less beautiful. In fact everywhere there is evidence of sublime musical craftsmanship on this album. However, the music of “Osíris” and Ornette Coleman’s “Lonely Woman” are not only eloquent performances but they also form the most appropriately intense bookends of the reflective theme of this wonderful album, Axis Mundi, from the stellar composer and vibraphonist Rui Filipe Freitas and his Sextet.