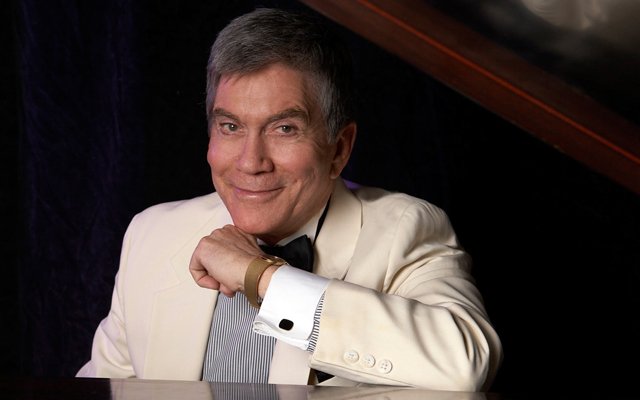 The legacy of the legendary and multi-Tony award-winning Cy Coleman is quite indelible; one that lives on in the theatres of Broadway and on the concert stages where his lustrous charts continue to be sung. But bringing his music to the sound-stage in the breadth and scope of which they were conceived and always intended to be performed – that is the big stage – would have to be one of the most challenging task. After all, putting together a big band is an onerous task, one that’s expensive and if not done right can be quite a disaster.

Fortunately there is the big band of pianist and arranger Cecilia Coleman, one whose machinery is one of the most well-oiled in the business. And then there is vocalist Ronnie Whyte, whose career has spanned many successful years on Broadway as well as on the concert stage, often fronting his small and mid-sized ensembles. A partnership between the two superstars is perfect on paper and takes off on the concert stage as well. 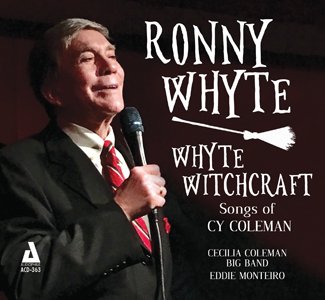 Of course, both the big band and Mr Whyte have the benefit of great music, superbly arranged charts and players who read beautifully. But best of all both Mr Whyte and Miss Coleman are brilliant at interpreting this music so that it lives and breathes, gasps and leaps with so much joy that the illustrious ghost of Mr Coleman himself has been resurrected in the aptly-named, appropriately beguiling recording Whyte Witchcraft.

As the title may suggest the show is Mr Whyte’s. But make no mistake his luscious tenor is given flight also by the superbly-rehearsed band. The ultra-sensuous 17-song repertoire falls heavily upon the shoulders of Mr Whyte and he handles the drama and flight of the songs with aplomb, infusing each of the charts with profoundly incisive and intelligent singing.

With his background in Broadway musicals it’s no surprise that he brings stories to life in his brilliant unfolding of the lyrics. Meanwhile underpinning these telling vocal excursions is an unaffected simplicity of utterance in the role of Cecilia Coleman’s Big Band. The ensemble speaks as one with intimacy around Mr Whyte’s focussed timbre and quicksilver diction. The dialogue between singer and instrumentalists is joyfully immediate right through to the delectable bounce of “All Right I Love You” at the end.

But right through we have performances that sparkle such as the amazing vocalese that separates Mr Whyte’s singing and this is delivered by Eddie Monteiro who breaks things up with his delightfully wheezing accordion followed by his vocalese. Soli by Daniel Glaude on alto saxophone, on “Too Good to Talk About”; the soaring, wailing flute solo by Justin White on “Sometime When You’re Lonely”, Elijah Shiffer’s tenor outing on “All Right I Love You” and John Eckert’s outstanding trumpet solo on “Too Good to Talk About” are all complemented by Miss Coleman’s delectable pianism throughout on this big band album to absolutely die for.