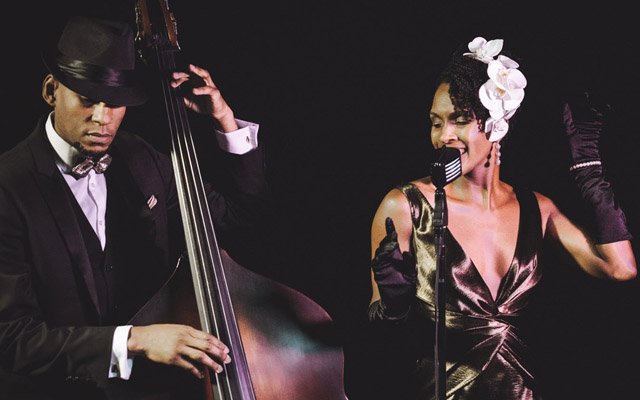 While the duet between voice and contrabass may have been conceived long ago, it is the celebrated duets between Sheila Jordon and bassists who have included the great Cameron Brown and Harvie S that made this intimate duo music famous. With Miss Jordon her mission nas always been to spread the word of Bebop and it’s iconic creator, Charlie Parker. Along the way she has told so many stories including her own. Clearly Miss Jordon has been an inspiration to many such as Albey and Jane (bassist Albey Balgochian and voice artist Jane Grenier) among others. 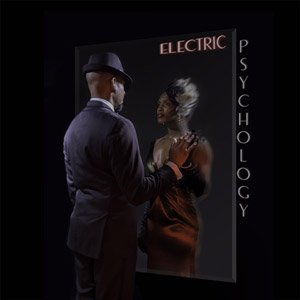 But this duo – Acute Inflections, which comprises vocalist Elasea Douglas and bassist Sadiki Pierre – is not simply another bass-and-voice duo. It’s quite revolutionary in several aspects; first is the repertoire they perform here on Electric Psychology in the sense that nothing is out of bounds for them to turn into their own duet interpretations – from a standard chart to the work of the Rolling Stones and , of course, original compositions. And then there is the small matter of style. Between Mr Pierre’s almost wild pizzicato attack which creates an unusual rhythmic setting and Miss Douglas’ virtuoso singing style that melds recitation with spare lyrical beauty you are confronted with music that alternates between visceral energy and haunting delicacy.

With no other instruments than the bass and voice, you are left with no option but to fall prey to the voice that is almost always unadorned by instrumentation other than the muscular bass lines. In this setting Miss Douglas excels with her impeccable stylishness and eloquence. For his part Mr Pierre brings the full weight and gravitas of his instrument to bear on the lyric ans the voice. There is no abstraction here and very little by way of ornamentation. All of the music’s balletic emotion is contained as if in the weapon of the bass and this is thrust not even in the relative quietude mind’s ear, but bites right inside the gut.

Despite this physicality the music of album by this duo remains a monumental work, its unique structure held in a spacious architectural performance whose physical heft is balanced by a blend that dwells sometimes in the eerie softness of Miss Douglas’ voice. You get the full meaning of that effect as the duo performs such masterpieces as “Besame Mucho” and “Lovesong”. It’s an album to die for.