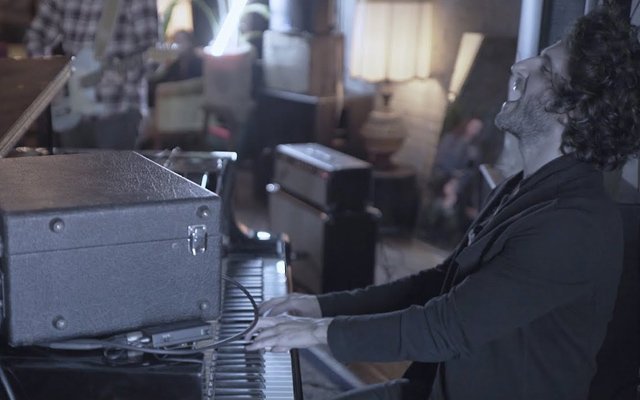 This 2019 disc by Romain Collin, Tiny Lights… is sonically a considerable departure from much of his recent work; so substantial a departure, in fact, that in the grand scheme of things, even his (grand) piano seems to resound in his chosen world of electronica. The album, itself takes you to another world – of glinting lights, mysterious depths, expectations, hopes doubts and manic joys flickering in the ink-darkness of a sinister, concrete urban forest where the future is really now; where Time is both arrested and propelled in a quite extraordinary mélange of frenetic – almost dysfunctional collision – of dissonance in symmetry of harmony and rhythm into which, somehow, melody – even songs – are born. 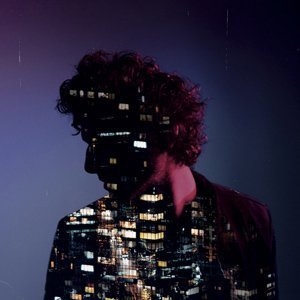 Through it all, Mr Collin’s playing is vivid and eloquent: his voicing is expertly balanced between harmony and rhythm and his phrasing sings wonderfully to produce an absolutely radiant atmosphere. His fingerwork is scintillating in the liquid darkness of “There Will Be Blood” and he creates a forbidding scenario in “Los Angeles”. Meanwhile, with guitarist Matthew Stevens for company, he oozes impetuous virtuosity while creating high-wire, delicate and otherworldly magic as he makes the black dots literally leap off the page on “Tiny Lights That Move and Speak”, which is easily the crown jewel of this recording. None of this music would have turned out as exciting as exciting as it has if not for the presence of and performance by drummer Obed Calvaire. His display of percussion pyrotechnics is both rigorous and driven by pure rhythmic architectural acuity.

This music describes a sprawling soundscape and emerges as a structure of supreme (and contrasting) logic, propelled rather than embellished by mystical ripplings and flutterings evocative of something out of Musorgsky’s Pictures at an Exhibition albeit set in the future. Mr Collin’s music’s psychotic changeability reflects that Musorgsky’s grandeur with all of its distorted gyrations with raucous electronics replacing the latter’s great wheezing organ, yet producing the haunting pedal-pointed introspection of Musorgsky’s “Old Castle”. The spectral weightlessness of ‘Con mortuis in lingua mortua’ is also magically conveyed. All of this builds to a crescendo as Mr Collin’s deft, fleet-fingered touch is embellished by the clangourous sonorities of The City of Prague Philharmonic Orchestra where it matters most – on “Dark Matter” and “Repeat and Fade”.