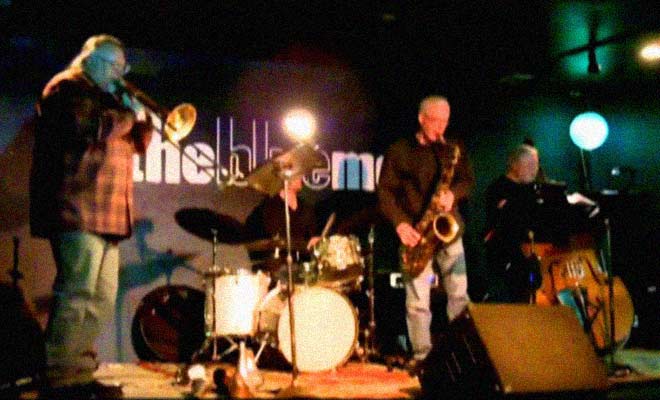 I cannot listen to Rich Halley and not marvel at how a he can be musician and scientist all in one. No musician in recent memory has such a feel for geology, for instance, or physics and few, if any can meld sound and mathematics into such a magical form so as to transcend time and tempo. Now add to that the fact that Mr. Halley and the rest of his cohort are avid impressionists and I suspect that here too, the tenor saxophonist plays a lead role, so much so that approaching a Rich Halley album – titles notwithstanding – is like approaching pictures at an exhibition. The impressionist is not the kind that informs Monet or in the musical sphere, Debussy and Ravel, but in many ways Duchamp and Don Cherry; even Ornette Coleman. This would take Rich Halley almost completely out of the jazz idiom and put him in the realm of contemporary music, a term that composers like him always prefer. 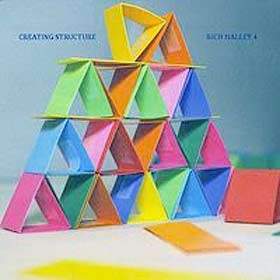 As with recent albums by the Rich Halley 4, the success of his wholly improvised music lies in its ability to float free even from its imagery and exist instead as ‘pure’ music. And so, it becomes clearer – with this album – that his music is set to become some of the most celebrated in modern improvised music. If only he cared about gratuitous publicity. As with other albums by this quartet, longtime collaborators Michael Vlatkovich, Clyde Reed and Carson Halley have come together with ideas and shreds of music to improvise on top of what they brought into the studio. Then avoiding what sometimes can degenerate into formlessness, the musicians have composed a started melody or a head and let the idea take shape in time and tempo, masterfully adding polyphony to the polyrhythmic quarters created by Carson Halley, a drummer who holds up to this kind of pressure rather well.

Creating a large scale album from a substantial number of small fragmentary musical cues can be tricky, but Mr. Halley’s and the rest of the quartet are possessed of a common notion that holds the music together. Block-like structures, for instance, seem custom-built for this purpose. Or as the music suggests … structures hewn out of earth and sky seem custom-built for this purpose. Music like “Angular Moments” and “Metal Buzz” among other short vignettes sets one piece against the other as if they were competing subjects in a chamber argument. The movements as I prefer to call them, reach a dark and uncertain close with musical quotes made out of thin air. The music of the Rich Halley 4 is, then, a score that often draws from a pool of common thematic and harmonic materials and this allows the four musicians to cleverly tie together the opening and closing sections of this suite like score in its final movement of its final movement.

There’s plenty of drama and intensity here and the music does not lack in visually oriented support from the titles. These while leading the listener in a particular direction never really give the game away. That part is left the remarkably unfolding sixteen part score. It pays to reinforce the idea that all of the movements are purpose-built for this burgeoning score. And there is even a grand design like in a symphony (Don Cherry’s Symphony for Improvisers comes to mind) though this might just be purely coincidental. But this is glorified music at its best where each player is treated as a soloist in his own right, not necessarily serving the purpose of the broader confines of the record. In this absorbing performance all four musicians bring out the intricate polyphonic weave with brilliant ease and assurance.

About the Rich Halley 4

The Rich Halley 4 is composed of Rich Halley, tenor sax; Michael Vlatkovich, trombone; Clyde Reed, bass; and Carson Halley, drums. This group explores new musical spaces and approaches using the roots of American and world music as sources with an emphasis on spontaneous and compositional group improvisation. Rich has been working with Michael, Clyde and Carson in various combinations for more than a decade. The group has released four widely praised CD’s. Read more…