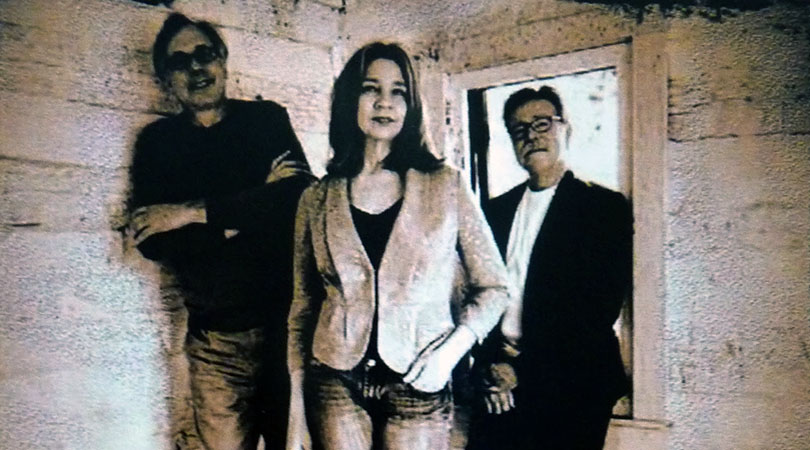 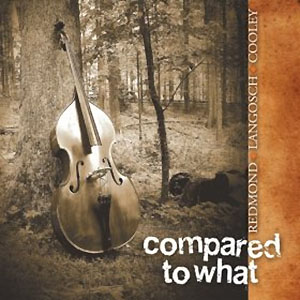 Mary Ann Redmond is en route to greatness. Her explosive voice—just as outrageously brilliant as Janis Joplin’s was in her prime—is what carries this outstanding recording Compared to What, an album the vocalist has made with bassist Paul Langosch, pianist Jay Cooley and drummer, Dave Mattacks in the core group and guests, tenor saxophonist Bruce Swaim, trombonist John Jenson and trumpeter Tim Stankey and guitarist Dan Hovey. It is almost impossible for a first album to sound this exciting and brilliant from the first bars, but this album does. Its rustic looking album cover belies the sophistication that lies within; not that things rustic are not sophisticated, but rather than that woody charm of Paul Langosch’s beautifully played bass, Ms. Redmond’s contralto is something of unquestionable genius.

Ms. Redmond’s phrasing is flawless. The manner in which she breaks down the Harold Arlen and Johnny Mercer standard “Come Rain or Come Shine” is so beautiful it recalls the classic 1946 performance of Pearl Bailey’s Broadway version in St. Louis Woman, a dramatic adaptation of the Arna Bontemps novel, God Sends Sunday by the poet, Countee Cullen. Ms. Redmond makes her version of the Harold and Arlen Mercer song as dramatically powerful as the producer of the musical, Ed Gross once envisioned. Ms. Redmond creates a performance so indelible that it is likely to become a new standard, containing raw power ensconced in erudite interpretation of the narrative. But Ms. Redmond is simply unstoppable. She is a chameleon as a voice artist. And she proves that in her version of Leonard Cohen’s surreal classic tune, “Dance Me to the End of Time”. But the true beauty of Ms. Redmond’s voice and the reason she is reminiscent of Ms. Joplin lies in her rendition of Gene McDaniels’ locomotive “Compared to What”.

What a shock it is to listen to such outstanding work. Ms. Redmond is capable of some jaw-dropping vocalastics on that tune. Her premise is simple: to work her way into the song the way a JB Horn-man would; that is to say add one part Maceo Parker and three parts James Brown and that equates to the sum-total of Mary Ann Redmond’s unbridled ingenuity. To suggest that Ms. Redmond recalls the power and locomotion of James Brown is perhaps to suggest that she sings like The Man. That may not be quite the stretch as Ms. Redmond does have the unrestrained fearlessness. And while many women of Ms. Redmond’s bluesy style of vocalisation might revel in their elemental femininity, Ms. Redmond unleashes a kind of primordial and visceral energy in her songs. And “Compared to What” is a wonderful example.

The other chart that comes close to this energetic performance is Joni Mitchell’s “Coyote”. While retaining the angular narrative of Ms. Mitchell’s poetry, Ms. Redmond gives the song a decidedly more wild and dangerous palette of colours. Likewise the vocalist also turns John Lennon’s “Fool on the Hill” into a decidedly more tragic figure than Mr. Lennon once did. However, it is not merely the vocals that give this project its magnificent texture, although Ms. Redmond largely determines what kind of raw and earthy palette is used. Paul Langosch’s decidedly melodic and woody bass and Dave Mattacks’ extraordinarily harmonic drumming have much to do with the brilliance of the end-result of this recording. Mr. Langosch has magnificent listening skills from years of playing with the great Tony Bennett and Mr. Mattacks has much of the same from his years of playing in some of the great British bands of the 70s: such as the Albion Band and also with Linda and Richard Thompson’s various bands. Jay Cooley is the epitome of sophistication and Bruce Swaim, Mr. Jenson and Mr. Stankey as well as Dan Hovey are also perfectly cast. In fact it is hardly conceivable to imagine anyone else in this superb backing band. But the true revelation is the magnificence of Mary Ann Redmond.

Track List: Come Rain or Come Shine; Dance Me to the End of Time; Compared to What; Storm is Coming; Never Make Your Move Too Soon; Creepin’; I Got It Bad and That Ain’t Good; Coyote; Ain’t That Peculiar; What’ll I Do; Fool on the Hill; Love Me Anyway.