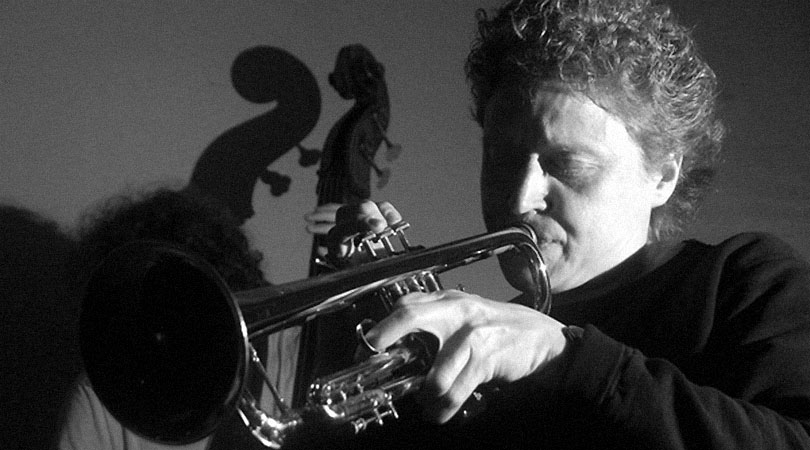 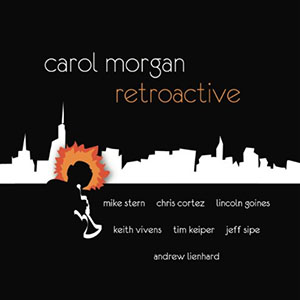 With Retroactive Carol Morgan seems to be doffing her proverbial hat to lessons learned in the University of Music. In doing so, she must first—and this she surely did—pay homage to her ancestors of the horn she chose to make her own. She certainly heard Woody Shaw and Freddie Hubbard; her spirit also passed over—whose doesn’t—Miles Davis. Perhaps the most important lesson of all she learned is phrasing, and this she does exquisitely, almost as if Louis Armstrong—the greatest of them all—whispered in her ear. But in the end she has a singular voice: she is Carol Morgan, vocalising trumpeter… sweet and sensuous and every bit her own person. Her lines gambol and lope like a young buck which seems to have caught a whiff of rain and performs great leaps as if weightless. Here is the conundrum though. In the persona of Ms. Morgan notes are weighty; seemingly selected for the excitement they bring as well as for a certain gravitas that they bring. Consider the manner in which she plays “Tea for Two” and “Jitterbug Waltz”. And yet the music is light and airy where sound and space has definitive values; each exquisitely at Ms. Morgan’s command.

Carol Morgan also pays tribute to the tradition in which she came to be. There is none of that forcing herself to play the blues—all 32 bars of it—although she is steeped in the blues and judging by the manner in which she “sings her song” with elemental melancholia, she has paid her dues as well. Yet she is no Holy Roller; just a simple spiritual player and the manner in which she plays is spiritual. Consider how she handles the traditional hymn, “Spirit of God Descend Upon My Heart”. There is the kind of exquisite and simple beauty with which the majesty of the chart is handled that is truly and utterly the epitome of perfection. This has to do with the purity of Ms. Morgan’s tone. The warmth and moisture of her breath seems to come from her feet; or at least way beyond the bottom of her lungs. This is the hardest breath to control because the musician is no longer playing consciously, but rather unconsciously and allowing him or herself to be led by a higher authority. Artists often see this—as Charles Mingus often hinted—as being vessels of God’s voice. This is not being supercilious, but rather as Charlie Parker also found out, becoming one with his instrument. This is how Ms. Morgan plays.

A musician must be a great listener. This not only enables the winds of the earth to pass through their spirit and their consciousness. And with that also passes music of every conceivable part of the musical topography of the world. For instance, it is hard to resist the sexy swagger of Bossa Nova and Ms. Morgan makes it her own in the beautiful song “Into It”. She also listened well to early or metal at the dawn of the era: her wonderful rendition of Led Zeppelin’s “When the Levee Breaks” and when she has to write a tribute to a titan, she creates epic drama in the homage to Sonny Rollins with “Wholly-O”. Here the great Mike Stern also lets fly in masterly fashion. So does the wonderful producer and guitarist Chris Cortez with his delicious mastery—including a puckish quote from “You’re So Pretty” as he begins a terrific solo in Fats Waller’s “Jitterbug Waltz”. Waltzes seem to be Ms. Morgan’s strong suit. She does a wonderful turn on her own composition in that form—the rather oblique one which honors a friend—the one called “Melody’s Milieu”.

Track List: Stern Language; Melody’s Milieu; Tea for Two; When the Levee Breaks; To Be Continued; Into It; Wholly-O; Jitterbug Waltz; Jam; Spirit of God Descend Upon My Heart.

Carol Morgan on the web: carolmorganmusic.com