Home Music Pursuing The Cultural History Of Our Time 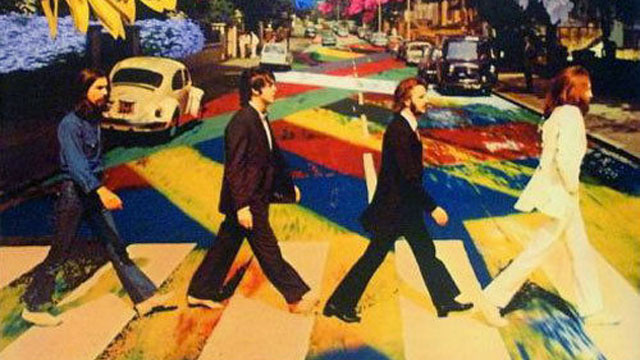 The Beatles and McLuhan: Understanding the Electric Age: Thomas Macfarlane
You never heard the Beatles like this before. Yes, heard because this is book The Beatles and McLuhan – Understanding the Electric Age by Thomas MacFarlane, about what it takes for us to listen to the Beatles in a brand new light. Although we all heard them from 1959 when they first broke fresh ground in Liverpool, and continue to be awed by their genius ever since, we almost always thought of the Beatles as our Fab Four. Pop idols that changed our world with their fabulous and meaningful—to our restless ears—but theirs was not only a musical revolution. They were cultural warriors who revolutionised our thinking as well. But they were not the only ones. If we cut our teeth in the 50’s we grew up in the 60’s and the 70’s after we got to know and read Marshall McLuhan. Just as few musicians were changing the world as much as the Beatles were, even if we at first did not understand Marshall McLuhan completely, we could sense that he was, like Edmund Husserl and Martin Heidegger on to something that revolutionised our thinking about every aspect of life and letters, since the advent of print. 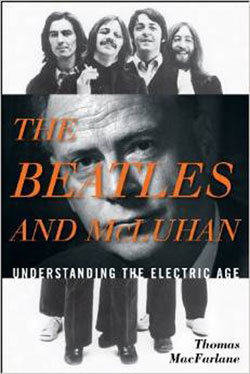 The Guttenberg Galaxy (1962) adapted Buckminster Fuller’s Geodesic Dome and turned that revolutionary structure from experimental biosphere much further, to the iconic concept of The Global Village. With the publication of that book came the hypothesis that in “the electro-magnetic (age) discoveries have created the simultaneous ‘field’ in all human affairs so that the human family now exists… in a single constricted space resonant with tribal drums.” In 1964, Marshall McLuhan published his pièce de résistance, Understanding Media: The Extensions of Man. In it McLuhan postulated something truly important. First he defined all media as extensions of some human faculty and that the resultant shift in sensory ratios created by these extensions has a profound effect on human culture. Then he classified media as being hot—a medium that extends a single sense with high definition (for example: a photograph) and cool, which was a medium—one which provides a low definition (for example a cartoon) which provides little or no visual data; one where the viewer had to fill in the details himself. It became clear, largely due to these two books that McLuhan had become an authority on the authority of media. And he quickly came to be recognised as the “oracle of the electric age”. 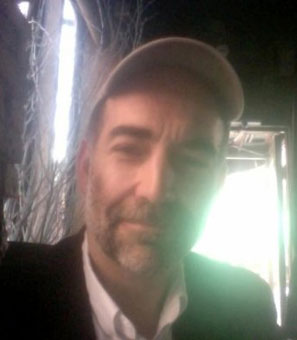 Almost simultaneously the Beatles were making significant albums, changing the cultural construct of a whole generation—and if you count this generation as well, then these lads from Liverpool affected the lives of two generations forever. Records made quite from the mid-point to the end of their careers such as Sgt. Pepper’s Lonely Hearts Club, (June, 1967) The Magical Mystery Tour (November, 1967) and the so-called White Album (November, 1968) and finally Abbey Road (September 1969), specifically for the final medley on that album, there was an exposé of how contrary our lives ran against society’s grain—the lives of both Baby boomers and Generation Xers—and the band did that through the manner in which they manipulated the electrics of recording technology to achieve their intent and purpose.

In his remarkable study—for it is just that—MacFarlane assesses the true relevance of the music that the Beatles made within this period and how the music of this band became a palimpsest for the theories of Marshall McLuhan, which defined the electric age. A musician as well as a scholar with much hands-on experience of the recording process, Mr. MacFarlane explains the significance of the changes in the poetics of popular music was changed by stretching monaural and stereo recording technology to the limit as well as how the Beatles, aided and abetted by producer George Martin used the channels available on quarter-inch and one-inch tapes to achieve their ambitions designs. You will, for instance never listen to some of their songs without being changed forever; such as “She’s Leaving Home”, “A Day in the Life” as well as “Magical Mystery Tour”, “Revolution” and “Revolution No. 9” and finally in a glorious finish, to the Beatles short and culture-bending career, the Abbey Road final “Medley”.

The significance of the book is not merely academic although you might easily think so while reading the first few chapters of the book. It is a significant piece of literature because it explains much of what happened to all manner of musical idioms—classical and jazz—when artistes went into the studio to record their music. It also brings fresh light to the theories of Marshall McLuhan, which pre-dated the history of modern recording. And if it does that then here’s a thought. And that is the preservation of our own cultural history through the digital era. In this regard the appendixes at the end of the book: The conversation between Marshall McLuhan and John Lennon and Yoko Ono and the conversation between Thomas MacFarlane and Michael McLuhan, the son of Marshall McLuhan make a great statement about the advent of the digital era, the mapping of our own cultural history and its preservation—thanks to hot and cool media in the digital era.

Published by: The Scarecrow Press Inc.