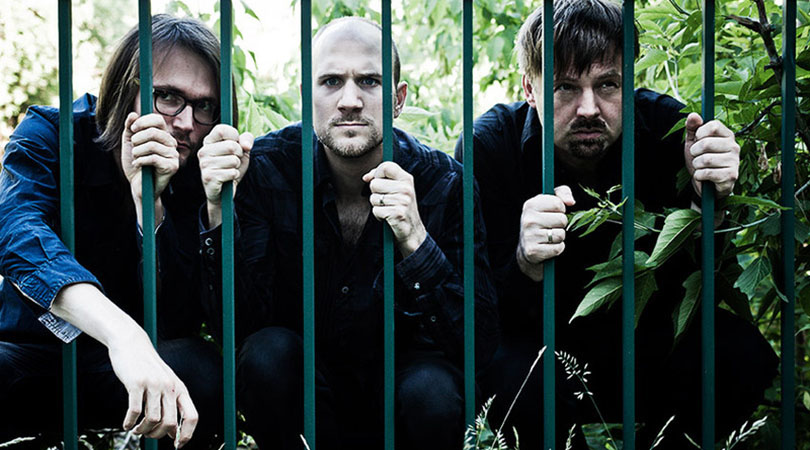 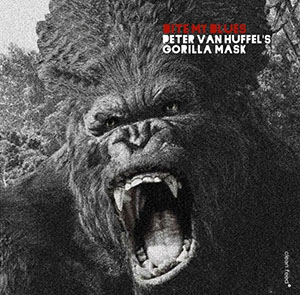 When the late Lewis Thomas, geneticist and essayist, had listened to Gustav Mahler’s 9th Symphony, he was struck by the sense of disenchantment—even doom—he seemed to feel relating the symphony to the prospect of destruction due to war that seemed to plague modern society. That, it bears remembering, was during the Vietnam war, which America was embroiled in. Today’s death by terrorism seems to inform much modern music as it did not only the prospect of Mahler’s 9th, but also the music of the roaring 60’s. While Peter van Huffel’s Gorilla Mask’s recording, Bite My Blues may not sense doom, it certainly—like the protestations of African American 60’s music—suggests disenchantment. Even in the sense of desperation of the destruction of nature, which is suggested by the sardonic name of the ensemble, the music of dissonance and atonality marked by the compositions on this recording would appear to be de rigueur. The screaming of Mr. Van Huffel’s alto saxophone, the mighty groans of Roland Fidezius’ bass and the incessant rattling of the drums, and the snap and crackle of the cymbals and other percussion at the hands of Rudi Fischerlehner would suggest that something of that order is going on in the soulful depths of this trio. This makes for music that is not only beautifully terrifying, but significant as well.

Mr. Van Huffel is an accomplished alto saxophonist. His roaring, wailing voice is informed by influences as far removed as Igor Stravinsky is from Eric Dolphy. But the saxophonist’s a voice of marked individuality. In the exquisite excesses of wild glissandos and mournful vibrato is a virtuoso who is mindful of every note he chooses to play. Sometimes it takes an elegiac song such as “Broken Flower” to make that patently obvious. But somehow Mr. Van Huffel can also exhibit great courage and skill in the rapid and desperate-sounding structures and motifs that inform such fare as “Chained” and “Bite My Blues,” both rather powerful reminders that sometimes even many notes in a phrase can be raw and beautiful. And Mr. Van Huffel is not the only one doing this although he is the lead voice of the group. His terrific bassist Roland Fidezius and his drummer Rudi Fischerlehner are up to the task of making the sound of the group not only vociferous, but voluminous and appropriate to the music in a meaningful manner.

Gorilla Mask continues to pit the socio-political aspects of contemporary musical art against the very nature of sound itself. The ensemble did that on an older album, Howl. AN investigation into the musical values of this ensemble reveals thus not only raw virtuosity on the part of the players, but also a deep sense of commitment. While the end chart, “Z” might not be overtly a picture of impending doom, it is loud and dissonant enough to suggest that all is not well with the world—both musical and otherwise. For this and other reasons Gorilla Mask and the music they will continue to make will demand growing listenership and more serious thought as the ensemble develops further into the future.

Originally from Kingston, Ontario, saxophonist Peter van Huffel has been creating a growing body of work in New York and Berlin, much of it integrating improvised music, expanded jazz harmonies, and sometimes chamber music dynamics, like the subtle HuffLiGNoN with the Belgian singer Sophie Tassignon. His new group Gorilla Mask—Roland Fidezius, acoustic bass and noise, and Rudi Fischerlehner drums and percussion—marks a significant departure, moving toward a visceral expressionism. The models may be John Zorn or Tim Berne (their joint Spy vs. Spy project comes to mind) or certain groups led by Peter Brötzmann (the ones involving guitarist Sonny Sharrock or bassist Bill Laswell), but van Huffel has moved into an area where the specifics of originality and invention take a back seat to the authenticity of one’s commitment. That commitment is evident in every instant of the CD, in the nonstop fury of most tracks, the sustained insistent tempos and polyrhythms, and the martial squawk of Van Huffel’s alto, the trio fusing into a singular and complex machine that connects every note to every other note, and that can stop in a nanosecond.