Home Music Laurie Antonioli – Songs of Shadow, Songs of Light: The Music of... 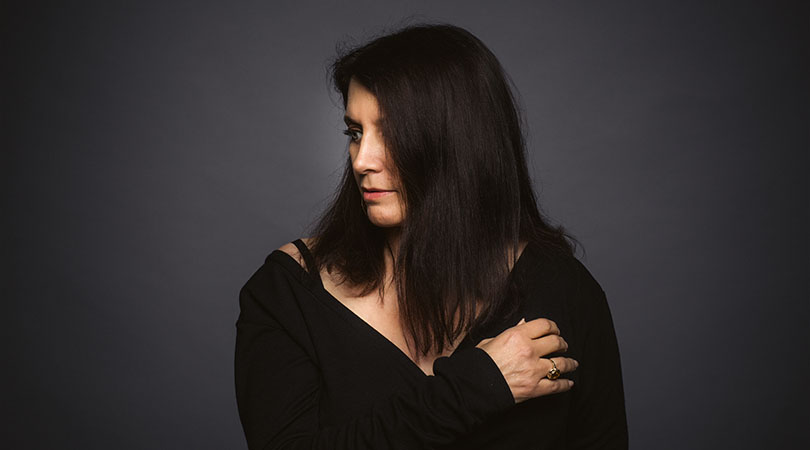 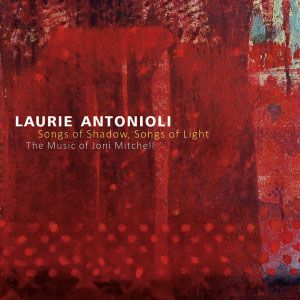 Attempting to play the repertoire of Thelonious Monk or Herbie Nichols is notoriously difficult. Here is the conundrum: Unless the music is recreated, while staying true to the original – made wholly new – there is a tendency to copy style and content. And then the attempt falls flat with mediocrity. There is that small matter of the stylistic idiosyncrasy of the artists in question. The angular, chopped rhythms of Mr. Monk and the maddeningly beautiful and intricate bass line melodies of Mr. Nichols are only some of the perils of the attempted “copy.” Something of a similar nature takes place when attempting to play the music of Joni Mitchell, because of her singular style. For instance, Ms. Mitchell has made it her business to write wickedly difficult chord changes to suit her wickedly difficult melodies. Her lyrics are written in the vers libre, without rhyme, but full of inner rhymes and rhythms. Her guitar is tuned differently. She plays in odd metres on a shifting rhythmic base. And that is only part of it. But two attempts to make Joni Mitchell’s music anew have been hugely successful. The first is Herbie Hancock’s partly instrumental one, River: The Joni Letters and now the amazing recording by the ineffable Laurie Antonioli – Songs of Shadow, Songs of Light.

Ms. Antonioli has a remarkable vocal range—from a dark, rich contralto to an elementally beautiful and soaring soprano. Narrative music such as that of Joni Mitchell’s suits her well as Ms. Antonioli has a penchant for bringing characters to life in her own style and manner. Ms. Mitchell creates these achingly real situations in her songs and the listener is immediately drawn into their miasma. On this recording, Ms. Antonioli takes this a step further. She sings and makes the listener take sides with her against the heartbreak caused by the vagrancy of the other characters. How does she get the listener so involved? Well, Ms. Antonioli must have sung operatic arias at some point in her life. At any rate, she seems to constrict her vocalastics accordingly low dark notes that mirror the basso continuo of voices in opera when depicting the recitative of fear, disheartening situations and pain. Ms. Antonioli is also a master of the held note. Her lines do not so much as quiver with tremulous heartbreak, but she holds notes seemingly endlessly in a manner forcing the rumble of thunder from saxophone, bass clarinet and bass. Ms. Mitchell’s songs rarely if ever end on an up-beat, but when they do, Ms. Antonioli hits high notes and pins them into what seems like a beautiful and endless sky. The vocalist also creates motifs with extraordinarily beautiful melisma as she does in “Woman of Heart and Mind.” And then she has an extraordinary way of making the characters in the songs come alive as she does in “Barangrill,” and situations sometimes almost too real and painful to bear as in “People’s Parties” and “Hissing of Summer Lawns.” And then of course there is Ms. Antonioli’s exquisite diction, her dynamic and her bleeding emotion.

It is of great import that Laura Antonioli also has an exquisite ensemble to accompany her. “Barangrill” is a classic example of this. And here she showcases some of her regular bandmates: the bass clarinet of Sheldon Brown and the bass of John Shifflett. These two gentlemen are long-time cohorts of Ms. Antonioli and without second guessing the vocalist they always seem in step with her almost, like graceful dancers, guiding her in the direction where she would want to go. Notice how beautifully Mr. Brown uses his clarinet to usher eloquently across the tapestry of the song, “Eastern Rain”. Jason Lewis’ drumming is also fascinating on this song. And something else worth noting is the guitar work of Dave Mac Nab, who does yeoman work on the guitar without ever being disheartened by Joni Mitchell’s instrumental work. As a matter of fact, Mr. Mac Nab is wholly his own person. The other instrument that Ms. Mitchell favours is the piano and here too Matt Clark adds just that magical touch to the music. Theo Bleckmann does a spectral turn on “People’s Parties.” But all things considered the record belongs to Ms. Antonioli. Her turn on “Cold Blue Steel and Sweet Fire” where she soars from the highest soprano to the darkest contralto is something marvelous to hear. She is absolutely magical on song after song. And she serves up this exquisite fare generously with music that comes from the depths of her soul and that is what great performances are all about.

A Bay Area native, Antonioli started playing guitar and writing songs as a teenager in the early 1970s, inspired by the era’s definitive singer/songwriters, particularly Joni Mitchell. She caught the jazz bug listening to her grandmother’s 78s of Nellie Lutcher, the jazz pianist and vocalist whose sassy style resulted in numerous R&B hits in the mid-1940s. Her jazz investigations led her to Billie Holiday, who inspired Antonioli to start singing standards and improvising. Read more…