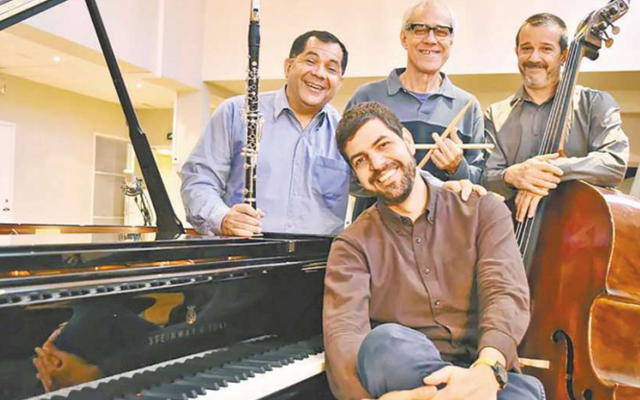 This disc, simply entitled Dorival is an apt tribute to one of Brasil’s greatest artists, Dorival Caymmi. It is not the first but the fourth one of its kind. However, Pau Brasil, this extraordinary Brasilian ensemble, now re-constituted with André Mehmari on piano and Nailor Proveta Azevedo on winds and reeds, is, indeed different from the others in that it features some relatively unheard repertoire; and it is all instrumental. The latter puts emphasis on Dorival Caymmi’s music and musicianship without his lyrics; a tall ask when you consider that Mr Caymmi’s music and lyrics always fed off each other. Also, to bring the magic of Caymmi’s deeply poetic and emotional sensibility through music alone was certainly taking the more winding road to Caymmi, so to speak.

However, Pau Brasil is a very special ensemble. They’ve more than paid their dues – with Nelson Ayres on piano, Paulo Bellinati on guitar, Teco Cardoso on winds and reeds and Ricardo Mosca on drums and percussion – dancing their way through the light and dark of roads less travelled along the musical topography of Brasil. The group is also celebrated for their extraordinary music with the ineffably beautiful muse herself, Mônica Salmaso. Arriving at a disc such as this in praise of Dorival Caymmi, no matter how the tall a mountain to climb, seems to have been a breeze for Pau Brasil. 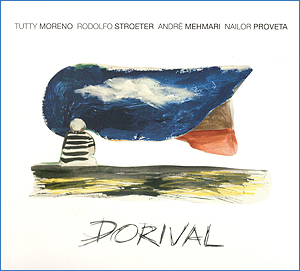 Each one of the musicians lends the performance a revealing transparency. More importantly, the players catch just the right Caymmi balance of poise and profundity bringing a light touch to even denser works such as “Sargaço Mar’.

There is a breeziness to Dorival Caymmi’s songs about the sea near his beloved Salvador and Pau Brasil makes it dissipate artfully when the music of “Sargaço Mar” and “Morena do Mar” later nudges into the minor key with the zestful piano scales of André Mehmari and Nailor Proveta’s horns capture the nuanced variations in each wave. There is never any lack of momentum in the music either. The (fine) recording puts a good deal of space around the instruments, especially noticeable at the start of “Samba da Minha Terra”, with the piano on tiptoe accompanying the clarinet – a movement that goes on to acquire considerable drama and a celebrated, unbridled Brasilian joie de vivre; something that Rodolfo Stroeter also captures brilliantly on Mr Caymmi’s ever-tender “Tão Só” too.

Throughout the disc there’s plenty of colour, from subtly glassy on-the-bridge effects to a full-on stamping and jangling in the medley “Suite Caymmi”. One pictures Tutty Moreno with cymbals on his knees like some kind of high-class one-man-band, but it’s just another illusion (how I wish there was a video of this recording; of every Pau Brasil recording, actually) of Mr Moreno overcome with joy, who together with the other members of Pau Brasil is just putting music to Horace’s words “spem longam reseces. dum loquimur, fugerit invida/aetas: carpe diem, quam minimum credula postero”. Yes, carpe diem indeed, just as Dorival Caymmi always lived through music, through painting… through life itself.