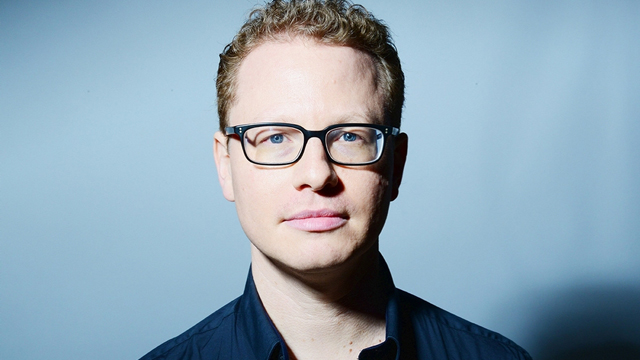 Oded Lev-Ari’s approach to music has a cinematic sensibility. You can “see” huge swathes of land, bustling metropolises, experience life as night envelopes the larger-than-life characters that you might easily come to know with the same degree of intimacy as the one who created them. This in itself is quite an achievement for any musician including one who works on a large canvas—Hans Zimmer, for instance. It is exactly this and, of course, the music on Threading that makes it a simply glorious disc. To start with there’s the sense between the musicians of sharing the sheer physical thrill of Mr. Lev-Ari’s fascinating writing. This is particularly evident instrumental pieces which are fiercely brilliant. The vocal ones, featuring Alan Hampton and Jo Lawry are just as brilliant and perhaps add a generous touch of warmth to the proceedings. Common to all is a sense of being fleet but never breathless, with time enough for textures to tell. 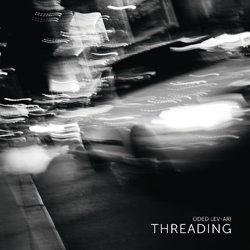 At every turn you get a sense of Oded Lev-Ari flexing his compositional muscles in this music, which gives you a sense of life unfolding before your eyes. There is a palpable delight in the rhythmically extraordinary compositions, which are fashioned as if to weave a simple yet ornately designed fabric where counterpoint is at once strong-jawed and supple. We are always aware of the weaving in and out of key themes of love and laughter and profound sadness as these peek through the texture in different registers. Yet all of this is never exaggerated as is sometimes the tendency with less imaginative musicians and pianists. And how Oded Lev-Ari can dance at least at the keyboard! He is urged into life through subtle dynamics, voicings, articulation and judicious ornamentation. Occasionally you come across the sonorous drone effect contrasting delightfully with the tripping upper lines. The way Mr. Lev-Ari has considered the touch and dynamic of every phrase means that these are performances that constantly impress with fresh details every time you hear them.

Even the most apparently unassuming numbers—“E and A”, for instance—gain a sense of intrigue as Oded Lev-Ari re-examines them from every angle, again bringing multifarious shadings to the music. And it all flows effortlessly—though I’m sure the journey has been anything but that. Highlights abound: in the murmuring middle section of “Voices” Oded Lev-Ari’s reactivity would leave lesser pianists sounding a touch unsubtle, which is really saying something. This is followed by one of the most extraordinary readings of “Goodbye” I’ve ever heard. This might have something to do with the interwoven harmonies and the solo of Anat Cohen—all of which is quite ineffable. This might not be exclusively a pianist’s record—rather a sort of chamber work. But you cannot help imagining all of this music might sound if another pianist were playing it. The question is easily answered. Oded Lev-Ari draws you into his own world daringly . The whispered intimacy of his playing is breathtaking. It is like attending a masterclass in audacious ornamentation that never interferes with or overburdens the beauty of Oded Lev-Ari’s beautifully crafted and melodic work. Let’s cherish this one.

“Putting lightning in a bottle is what Oded Lev-Ari specializes in,” said DownBeat magazine in a feature article on Lev-Ari as a producer of albums by the likes of hit band 3 Cohens, iconic clarinetist Anat Cohen and woodwind sage Marty Ehrlich, as well as rising-star singers Amy Cervini and Melissa Stylianou, and the hot new vocal trio Duchess, featuring Cervini, Stylianou and Hilary Gardner. Lev-Ari – born in Tel Aviv but a long-time resident of New York City – releases his debut album as a leader, Threading, in April 2015 via Anzic Records, the label he has owned and directed for the past decade alongside Anat Cohen. In showcasing his talents as a composer-arranger, his album Threading hints at diverse sonic worlds, from jazz sound painters Gil Evans and Maria Schneider to tango nuevo king Astor Piazzolla and contemporary classical composers. Ultimately, though, Lev-Ari has his own, individual sound print, one of cinematic richness and open-hearted lyricism. Read more…