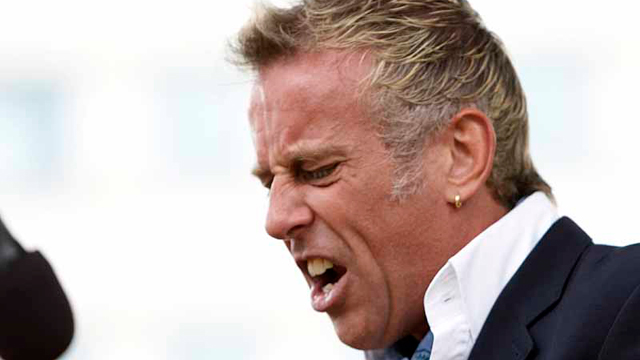 Of all the vibraphonists playing today, there is Joe Locke is the most visceral. This energy is immediately transferred onto the loosely connected “Love is…” suite written and played by Mr. Locke on Love is a Pendulum. Throughout the album and especially in that suite Mr. Locke puts on a magnificent show and his playing is informed by elemental power and an enigmatic relationship with tonality, although his language is sometimes more linear and austere. What could be a dry piece is lifted off the page by the passionate advocacy of Mr. Locke and this ensemble, which brings accuracy and tonal refinement to the music, enhanced by a lively recording. In the “Love is…” suite, contrapuntal writing gives way to something more free-flowing and lyrical, and a wider range of sonorities Some might ask themselves whether it’s coherent enough to be memorable, but again, the performance is so spectacular , which tends to sweep such cavils aside. There is also this: Joe Locke is warmly spontaneous, unleashing ardent melodies without fuss. There is a forward drive, some wonderful resonating gestures and a brightness of sound in the forte passages and he brings a huge range of colour overall. 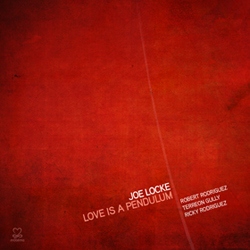 I cannot recall—at least in recent memory—any vibraphone performances that are more passionate than those on this recording. The way Joe Locke’s solo passages sound I am reminded, oddly enough, of a viscous flow of dark chocolate. And just when I think that the proceedings are getting a little dark, Mr. Locke get under the skin of these long-limbed masterpieces performed this time with a lovely sense of timing> Mr. Locke floats exquisitely limpid lines bringing his velvety sound to “For Jesse Mountain” which moves easily into its delightful succeeding piece “Last Ditch Wisdom”. There is almost a sense of muted serenity in these two pieces. You become aware—if you were not aware of it before—that Joe Locke sounds almost like an obsessive perfectionist. Never flashy or flamboyant, Mr. Locke polishes his pieces into gleaming gems. The repertoire on this album—not merely the suite—reflects that at its very core. Nothing is forced or exaggerated or overly mannered; tempos, ensemble and balance—all seem effortless and intuitively right.

The suite’s opening number “Love is the Tide” is big-boned and generous, with a sense of depth and spaciousness that gives the piece an almost orchestral scale. The final piece “Love is Perpetual Motion” is steady and forward–driving. The arrangement featuring two saxophones and steel pans is priceless. Its performance speaks to the manner in which Joe Locke can play, with real abandon and it is powerfully delivered—with piano, bass and drums also creating a glistening delicacy as a foil to the rest of the instrumentation. This is a hi-voltage end to an ambitious work. I would be remiss if I did not mention “Embrace” Mr. Locke’s outstanding take on George Gershwin’s “Embraceable You” is quite another high point of the album. Its angularity is breathtaking and the changes are clever and enduring. The rest of the quartet’s traversal of the suite et al shares the music’s supple rhythmic flexibility and plays with great taste and understated elegance, which is why this album is quite memorable.

Track List: Variation on Wisdom; Love is the Tide; Love is a Planchette; Love is a Pendulum; Love is Letting Go; Love is Perpetual Motion; For Jesse Mountain; Last Ditch Wisdom; Embrace

Joe Locke is widely considered to be one of the major voices of his instrument. He has performed and recorded with a diverse range of notable musicians, including Grover Washington Jr, Kenny Barron, Eddie Henderson, Cecil Taylor, Dianne Reeves, Ron Carter, The Beastie Boys, the Münster Symphony Orchestra and the Lincoln, Nebraska Symphony. Long known to be a soloist capable of stunning physical power and broad emotional range, it was not until the last decade that he emerged as the composer, band leader and conceptualist that he is considered today. This is in no small part due to his solo projects of the last decade. “Four Walls of Freedom” (Sirocco), a 6 movement suite based on the writing of the monk Thomas Merton, which he composed as a vehicle for tenor saxophonist Bob Berg, garnered high praise from the critical community as a major work and won several international polls. “Live in Seattle” (Origin), by The Joe Locke / Geoffrey Keezer Group, won the 2006 Ear Shot award for “Concert of the Year”. Read more…