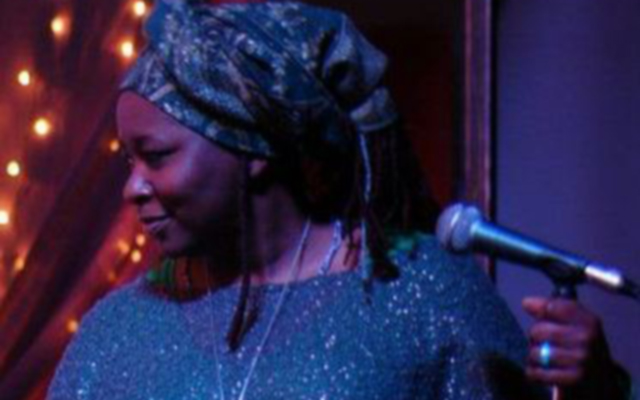 In the world of Nilza Costa, first there was Revolution, Rivoluzione, Revolução and with Roots it is now time for truth and reconciliation. In these ten profoundly beautiful songs Miss Costa is deeply contemplative, often sounds melancholic; even soft, as if she were putting an imaginary baby to sleep with the gently rocking rhythm of “Triade” after a particularly trying day. And then (not unexpectedly) she returns to “the fight” for liberation of the spirit in “Viagem”, which is voiced by both her and Silvania Dos Santos, elevated, as if by a fiercely fighting seraphim led by St. George’s slaying of the dragon.

It is possible to imagine all of this even as Nilza Costa is working her way through the savannah and in and out of forests in search of a new place and its people to soothe with her tale of war and peace. In doing so, of course, Nilza Costa comes to find her roots – at least those that she has reached at this stage in her musical (or otherwise) journey; singing and dancing to the mighty rhythms of “Candomblé”, “Capoeira”, “Samba”, “Maculelé” and “Cantigas de Roda”. Ordinarily you would need a full-length film 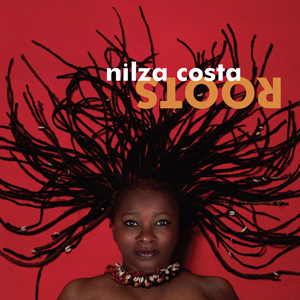 to follow Miss Costa on her sorjourn, and that would certainly be a very big bonus to have with this package. As it happens, though, the music is visceral and vivid and one can easily be transported to Mother Africa when listening to this exquisitely sung music.

Nilza Costa revels in traditional music as well as in her own music, which she writes with masterly skills for the superb band that accompanies her here. She shows in both instances that she has an innate genius for idiomatic expression (“Que serà de eu”) and uses her full-bodied voice to bring the lyricism of the music to life (as in the beautifully written and sung “Lembranças” and “Alafia”). Miss Costa is never heavy, offering instead a firm attack which she employs to peel open each story from cover to cover, unfazed by both its bitter content as well as the high and low notes that she must employ to tell these stories, bringing the words to life with sensitivity, vigour and reveling power.

As always Nilza Costa brings a luminosity to her part, projecting the text with authority and mellifluous tone. Her emphatic delivery highlights the meaning of the words, as she is accompanied by musicians responsive to every subtle shade to the grand vision of these songs. The results, in every one of the ten instances, always are quite exceptional.