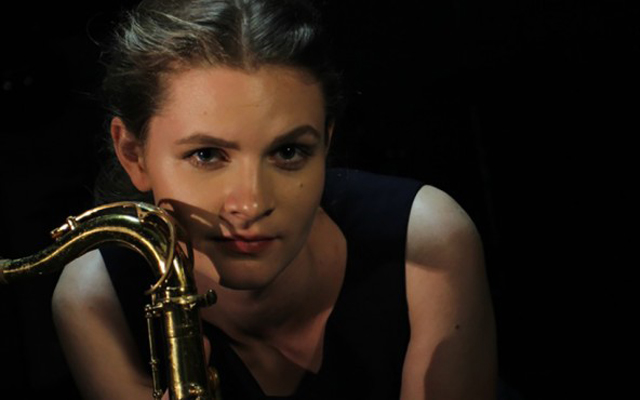 There is every likelihood that you will find yourself unable to breathe when you listen to Nicole Glover’s First Record and you would not be wrong in feeling this way. The record is glorious. Simply glorious. This is a tenor saxophonist who is absolutely fearless and who appears to savour every sonic and atmospheric challenge. On her debut Nicole Glover takes up the gauntlet thrown her way by the likes of giants: John Coltrane and Ornette Coleman, fights their fire with her fire, her musical combustion made entirely of her own striking ingenious musicianship. What’s even more breathtaking is that she does all of this with scrupulous attention to expressive extremity. 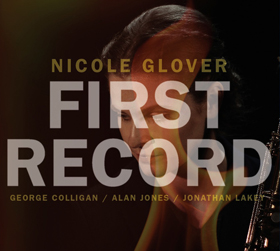 In a radical and welcome departure from the so-called ‘straightahead’ schematics the recording contains remarkable performances of harmolodic pieces after Ornette Coleman. Both are studio recordings but I can just imagine them played before a speechless audience, who had they closed their eyes for a few moments, would have imagined that Coleman was playing in their midst again. Of course, this is Nicole Glover in the raw flesh; her exciting and visceral playing is of her own making. She expresses herself in edgy glissandos and parabolic arpeggios. Every note in every line cuts through the air like the hissing of a samurai’s blade. The juxtaposition of melody and harmony lets the listener go beneath the surface of Glover’s invigorating and moody writing, with its homages to Coltrane and Coleman, and plunge into a brooding and vehement sound world redolent of the bluesmen of old.

The performances on this record including on Warn Marsh’s classic, Marshmallow as well as on Glover’s own Snow Dance are absolutely gripping, spacious and with a heightened and masterful musical suspense. Nicole Glover has a wonderful group of musicians backing her up. Together with the saxophonist are pianist and trumpeter George Colligan, bassist Jonathan Lakey and drummer Alan Jones who together achieve the special balancing act of patience and ferocity in all of Glover’s compositions (a personal favourite is Blood Moon), all of which feature intensely felt scores in which the instruments engage in compelling duels with a breathtaking degree of urgency.

The disc begins with a Nicole Glover original – Water Ritual – the effect of which remains jolting even after the last notes are sounded. It is indeed a wonder of creation. But then you could say that of everything on this disc. The music requires the utmost concentration if the intricate rhythmic figures and eerie effects (Blood Moon, again) are to seize the ears. All through this the highlight is Nicole Glover’s marvellous way with improvisation, an adherence to dynamics, accents, texture, syncopations over the bar and a telepathic interplay with her group. This is an exhilarating expedition that sets the scene for the bold journeys to come from this sublimely talented musician and saxophonist.

Nicole Glover’s journey in music began when her father introduced her to improvised music at a young age. She began playing the clarinet at the age of ten, transitioning to tenor saxophone the following year. Her interest and curiosity for music began to blossom in high school. Nicole was one of 19 students from across the nation to be selected for the Next Generation Jazz Orchestra, who embarked on a national tour that involved performances with Bobby Watson and Julian Lage, concluding with a performance at the Monterey Jazz Festival with Wynton Marsalis. Read more…