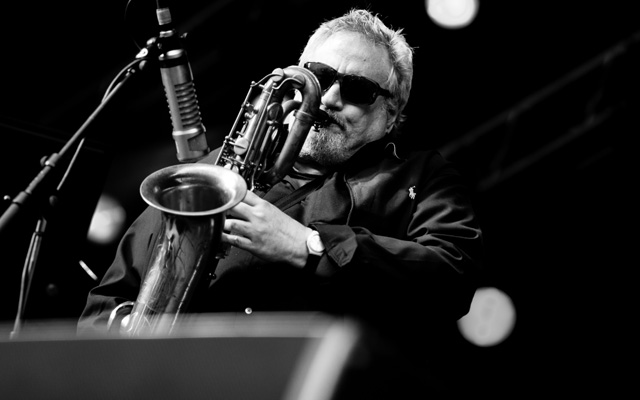 The instinct to sing in praise of Ronnie Cuber is irrepressible. But Cuber always sings before you. This time it is on Cuber Libre his awesome debut as leader, recorded in 1976 for the nascent Xanadu Records. Those who’ve lived long enough will know that this venture was one named after that mythical place from where Citizen Kane terrorised the unsuspecting in that not-so-mythical movie by Orson Wells. But wait a minute: the founder of Xanadu Records, Don Schlitten, did no such thing to our ears. Quite the contrary, by recording a young Cuber he told us about this most magnificent of his species; a baritone saxophonist who has kept the flame of the Baritone Saxophone and its ancestral line alive for forty years now.

You have to honour the whole package, though. True, Ronnie Cuber is sensational. His silken bellow and the balletic lines, albeit born and displayed for all to see for nearly two decades before he was given the privilege of making this fine record. But there was this inspired idea of casting the session. It was as if one of the great sessions of the bebop era was being emulated and, indeed, this would seem to be true. Pianist Barry Harris is at the top of his game, his gently – and sometimes deathly daring – soaring arpeggios that break up flatted fifths and sevenths. The legendary Sam Jones – still hot from his own album Double Bass with the Great Dane Niels-Henning Østed-Pederson – brings that magnificent tonal palette of his to this date as well. And finally there is the magnificent Albert Heath, the youngest of the legendary Heath Brothers dynasty plays himself – sexy, sassy and melodious. 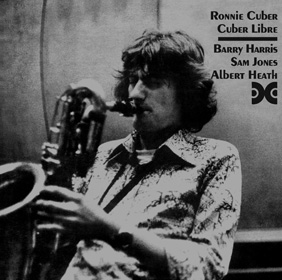 But this is Ronnie Cuber’s record. His tone is bold, and to use the Biblical twist here – full of sinuous grace! His control of the horn and all of its registers is Napoleonic. There is already the firm feeling that there is no one like Cuber. He is the standard of the baritone saxophone from now on. He casts the mould of what may be termed late bebop style – late baritone saxophone actually: poetic, proud and firmly rooted in the folk jazz traditions. And what we have in terms of evidence is also the attention to the repertoire, which ranges from the classic American Songbook (yes, it made sense to call it that in forty years ago), with stellar compositions by Errol Garner, Coleman Hawkins, Kenny Dorham, Donald Byrd and that great (then and now) composition Tin Tin Deo, by the master of Afro-Cuban rhythms, Chano Pozo. All of this material is gives the very special treatment by Cuber, whose broad glissandos and breathtaking arpeggios dance and float like controlled parabolas.

Luiz Bonfa’s Samba D’Orfeo is a haunting weave of clustered lines suggesting heaven and the mighty voice of Michael the Archangel throughout. Elsewhere, on the mid-section of Prince Albert Cuber plays with an aura is alternately hushed and urgent, while the mild dissonances of Sudwest Funk give way to the aforementioned beauty from the pen of Kenny Dorham. Throughout this remarkable record Ronnie Cuber’s music suggests elegant settings juxtaposing the heraldic with the lyrical. He brings mellifluous and crystalline artistry to everything that emerges seemingly from deep within his existential soul.

Finally, let’s not forget one of the reasons why we are privileged to have this recording again. That reason is Zev Feldman, one of today’s great lovers of music whose childlike sense of fascination with music is balanced by a certain mole-like burrowing in the all-but-forgotten archives of musical history. As if that were not enough, be brings the recordings back to life with punctilious attention to detail which makes everything he produced a true pleasure to own. And you can say the same about Cuber Libre over and over again.

If you research back to the George Benson Cookbooks “66” “67” on Columbia, Which have already been released on CD, You’ll find a young, early twenties baritone saxophone master. His name is Ronnie Cuber. As you listen to this keep in mind that Benson and Cuber had this as a working band. His sound is something amazingly beautiful and vivid. Read more…