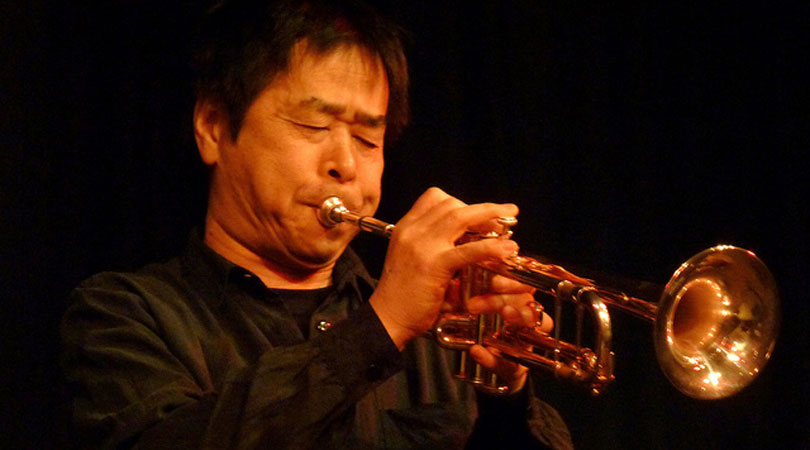 No matter which way you cut it, no one has taken the trumpet further than Natsuki Tamura. Like Roswell Rudd did for the trombone years ago. Equally important was the poignant and the elemental howl or the portentous bellow—depending on what instrument he was playing—of Eric Dolphy and his reeds. For his part, Natsuki Tamura has managed to turn this gleaming brass instrument into an almost human voice, albeit one that harkens back to the more primordial elements of that faculty. Listening to Mr. Tamura’s playing on his 2014 release NAX as on most of his previous recordings is like hearing the screaming of a tortured spirit. But this is certainly not all of what Mr. Tamura is “saying” with his horn. Mr. Tamura’s dramatic monologues are more than that. His is a voice full of sardonic humour, of a leaping puckishness and a propensity for applying this hyperbole to provide clues to the musical topography that he creates with an almost minimalist smears and splashes of colour. His lines are like the swishes of silk that can be heard in the dramatic leaping of a character in a Noh play. They are all parts of a long and seemingly unbroken suite of music that began with the musical exploits of his 1992 album, Tobifudo and have continued ever since. 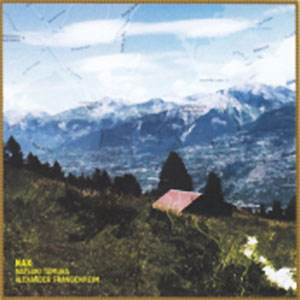 Natsuki Tamura’s playing on NAX is characteristically articulate and highly charged. IN fact it could well be described as epic first because of his magnificently charted navigation of the various registers that he traverses. This is, of course, facilitated by music that is extraordinarily ambitious, prodigiously inventive and spread out as if by a slender musical brush, on a subtly integrated canvas whose calamitous detailed by the outpourings that Mr. Tamura shares with his only other musical partner on this date: the bassist Alexander Frangenheim. The improvisations that they execute throughout the album are indicative of music-making that displays strong temperament, architectural grip and, at the same time, considerable emotional clout. All of this is ensconced in the gigantic cycle “Acun,” a ten-part suite that really takes wing from its second part. Here notes and phrases transpire accurately and sensitively, where there is a certain suppleness and animation that is served up by both trumpeter and bassist. Rippling, deceptively difficult arpeggios sweep off on “Acun 6,” convey the effortless sheen that has come to be expected of Natsuki Tamura’s playing throughout his career. Both trumpeter and bassist clearly and intelligently scale the composer’s wide palette of constantly shifting dynamics, while bringing a degree of crispness and definition to the rapid, chattering passagework that is meticulously rendered under extremely dynamic conditions.

Although seemingly buried in all of this musical melee, there is a sensitive virtuosity that is ultimately revealed in a record packed with exceptional delights, well worth the hearing in the frills and flourishes of Natsuki Tamura and Alexander Frangenheim’s witty sets of variations of the central theme of “Acun”.

Japanese trumpeter and composer Natsuki Tamura is internationally recognized for his ability to blend a unique vocabulary of extended techniques with touching jazz lyricism. This unpredictable virtuoso “has some of the stark, melancholy lyricism of Miles, the bristling rage of late 60s Freddie Hubbard and a dollop of the extended techniques,” according to Mark Keresman of JazzReview.com. Tamura’s seamlessly limitless creativity led François Couture in All Music Guide to declare that “… we can officially say there are two Natsuki Tamuras: The one playing angular jazz-rock or ferocious free improv… and the one writing simple melodies of stunning beauty… How the two of them live in the same body and breathe through the same trumpet might remain a mystery…” Read more…