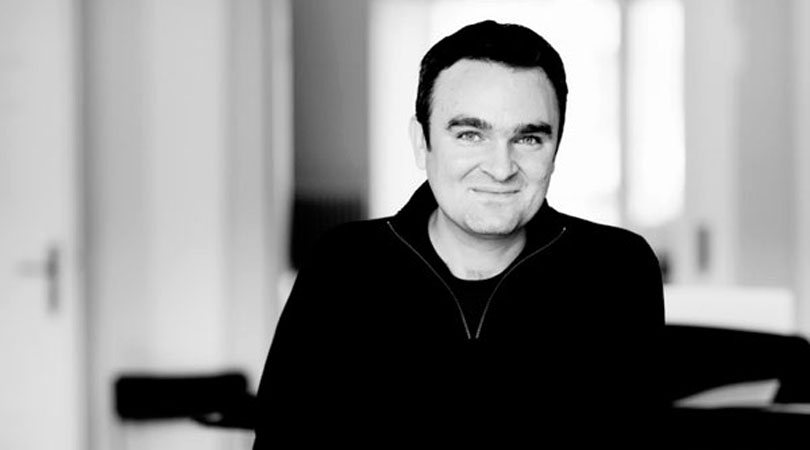 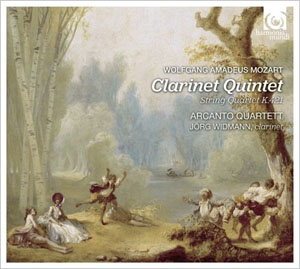 That Wolfgang Amadeus Mozart tested the instrumental capability of both player and instrument to the maximum extent is never more obvious in the manner in which he wrote for wind instruments such as the oboe and the clarinet. His Clarinet Quintet in A major is a case in point. Here, it is as if he intended for the clarinet to be bended and twisted, and pummelled and squeezed until it resembled almost nothing like the burnished woodwind instrument it was meant to be; rather Mozart, once he was done with this study, had exercised all his transformative power into turning that ubiquitous symphonic instrument into something resembling the human voice. Such was the power of Mozart’s consummate skill and unbridled genius that he could mould instruments into mouthpieces of his virtually divinely inspired music. This is especially audible in the wondrous timbres of the adagio movement of this quintet. The melding of clarinet and its twisting movement—as the music seems to gently ascend the clarinet’s registers—mimicked in in part by the rest of the strings—to create the structure that resembles a DNA molecule has been formed in which the clarinet plays the ascendant part and the strings, the harmonic and sometimes the contrapuntal; part as well.

In all of this the clarinettist, Jörg Widmann, playing the Bassett clarinet explores the rich and varies textures of his instrument and inevitably reaches phenomenal heights of ingenuity and virtuoso playing on his instrument. Moreover, Mr. Widmann is a consummate professional who transforms his instrument just as Mozart intended, into a living, breathing extension of his lips. This astounding performance owes as much to his technique and physical skill as it does to his ability to express what Mozart intended in a manner that is warm, at times rather melancholic and ultimately joyful in the final variations of the fourth allegretto movement. The rest of the string quartet too listens with rather large ears and plays the musical dissertation with moving splendour.

In the second (the first in the order of the repertoire here on the recording) of the two pieces, the Arcanto Quartett plays the better-known of the two pieces, the String Quartet in D minor. This is a piece written after Joseph Haydn, who had composed six string quartets on a visit to Vienna, which Haydn published in 1781. The younger Mozart, smitten by the works studied them thoroughly and wrote the D minor quartet K 421 in praise of and in the style of the Haydn quartets. As is true with all of Mozart’s work, he pushed the envelope here too, employing intense and dizzying figures for the string quartet Mozart infused this opus with remarkably difficult leaps and glissandos that soared high above the intent of the piece. As a result the music of Mozart surpassed, in many ways, the quartets of Haydn.

The Arcanto Quartett is in splendid form and performs this illustrious homage in all the intricate detail with which it is written. Their skill and virtuosity as well not go unnoticed as the players seem to unearth hidden timbres and textures that Mozart seemed to infuse into this ever fragrant and astonishing quartet.

Born in Munich Jörg Widmann (born 1973) studied clarinet at the Music Academy in his hometown with Gerd Starke and later with Charles Neidich at New York’s Juilliard School. At the age of eleven he began taking composition lessons with Wilfried Hiller, Hans Werner Henze, Heiner Goebbels and Wolfgang Rihm. As a clarinetist applies Widmann Passion especially chamber music. He performs regularly with partners such as Tabea Zimmermann, Heinz Holliger, András Schiff, Christine Schäfer and Gidon Kremer. Even as a soloist in orchestral concerts (eg with the Leipzig Gewandhaus Orchestra, DSO Berlin, the Bavarian Radio Symphony Orchestra, Royal Philharmonic Orchestra, Irish Chamber Orchestra), he celebrates at home and abroad successes and worked with conductors such as Christoph von Dohnanyi, Sylvain Cambreling, Christoph Eschenbach, David Zinman and Kent Nagano together. Several new clarinet concertos have been dedicated to him, including works by Wolfgang Rihm, Aribert Reimann and Heinz Holliger. Jörg Widmann was “composer and artist in residence” at various festivals and institutions such as the Salzburg Festival, the Lucerne Festival, the Cologne Philharmonic, the Vienna Konzerthaus and 2010/11 with the Cleveland Orchestra. Since 2001 Jörg Widmann is a professor of clarinet at the Freiburg College of Music, in 2009 he received an additional professor of composition. For his work him numerous national and international awards and prizes were awarded.

The Arcanto Quartet, with violinists Antje Weithaas and Daniel Sepec and cellist Jean-Guihen Queyras, continues to be a special focus for Tabea Zimmermann’s chamber music activities. After a triumphant concert debut in Stuttgart in June 2004, the Arcanto Quartet quickly went on to perform at the Théâtre du Châtelet Paris, at Wigmore Hall London, Concertgebouw Amsterdam, Philharmonie Cologne, Konzerthaus Vienna, Auditorio Nacional de Musica Madrid, the Tonhalle Zurich and the Berlin Philharmonie as well as at the festivals in Edinburgh, Rheingau and Montreux. After their tours in Israel in 2008 and Japan in 2009, the Arcanto Quartet introduced itself to the North American audience in October 2010. Following the resounding success of their first two CDs with works by Bartók and Brahms, they released quartets by Ravel, Dutilleux and Debussy, string quintets by Marron and Franz Schubert, as well as Mozart’s Clarinet Quintet and the String Quartet KV 421, together with Joerg Widmann.