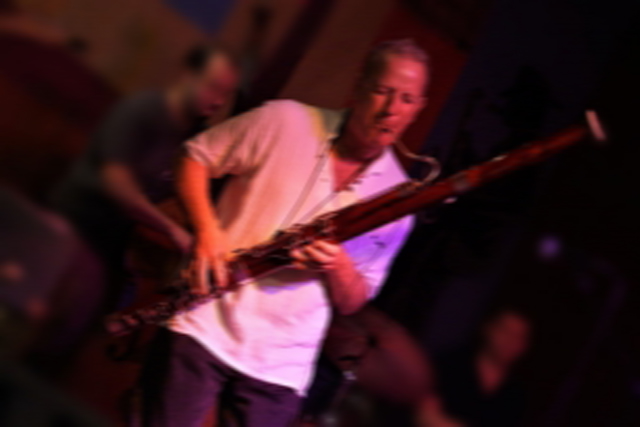 The bassoonist and his lugubrious double-reed woodwind instrument cut a lonely figure even in a symphony orchestra. How much more so then would he or she look on stage with other artists playing anywhere outside the classical context? But for the work of the late Daniel Smith and Michael Rabinowitz the very idea of a bassoon in the Jazz context might even be non-existent – well, almost, if you consider that Yusef Lateef and Illinois Jacquet might have been said to have paved the way for Mr Smith, Mr Rabinowitz and also Karen Borca. As always, in the interest of Jazz history, one must acknowledge that Charles Mingus did write a part exclusively for the bassoon in his magnum opus, Epitaph (British Television Channel 4; Sony/CBS, 1989; 1990) and that it fell to Michael Rabinowitz to not only play, but solo on the debut (1989) and subsequent performance (2007) of Mr Mingus’ symphonic work. The solo in question occurred in the “Wolverine Blues” movement of the work, to be precise.

Since then Michael Rabinowitz and Daniel Smith have together engineered a new frontline role for the bassoon, almost unthinkable in music despite some major works in classical (by Vivaldi, Johann Christian Bach, Wolfgang Amadeus Mozart, among a handful of others), and now Jazz (Mr Mingus is an outstanding example) written specifically for it. Michael Rabinowitz has given notice that he intends to navigate his way into Unchartered Waters. However, Mr Rabinowitz does so without venturing so far as to divest the instrument of its multiphonics, flutter-tonguing, circular breathing, double tonguing, and harmonics altogether – almost all of which extended techniques 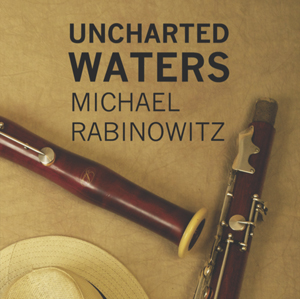 are on brilliant display on Unchartered Waters. However, truth be told, it is for the more “traditional” (for want of a better word) fare such as “Harold’s Blues”, “Caravan”, “Kiki’s Theme” and certainly in the unforgettable “When Sonny Gets Blue” that Michael Rabinowitz saves space for his most memorable performances on this disc.

“Harold’s Blues” and “Kiki’s Theme”, like “Unchartered Waters” before them, are characterised by dramatic contrasts of dynamics and harmony. Although one could expect such contrasts to make an appearance in Mr Rabinowitz’s blues piece, which ever so naturally describes a thematic movement from darkness to light, it becomes eminently clear in “Caravan” – and most especially in the glorious cadenza od “When Sonny Gets Blue” – that Michael Rabinowitz has not only let his fascination for the range of possibilities of his instrument take over, but also that he has, in fact, (especially in the latter piece) greatly extended the boundaries of instrumental technique, imparting to the song’s slow movements the eloquence of an operatic aria. Most spectacularly, of course, any sense of sentimentality is eschewed completely, leaving only a naked emotion to be exploited by Mr Rabinowitz, which he does in this agile and exhilaratingly alert performance throughout the music.

In this superb recording, it isn’t only Michael Rabinowitz who achieves a wonderful balance between clarity, forward-moving festivity and the displays of an almost frightening virtuosity on an instrument. Vince Ector is wonderfully fiery on drums and his performance, especially on “Caravan”, is dazzlingly vivid and charged with visceral energy. Ruslan Khain on bass is a true revelation in all the pieces. His light-touched virtuosity is as subtle as ever – especially in the aria-like slow (movements) of “When Sonny Gets Blue”, which leaves Nat Harris and his guitar. While nothing here suggests harmonic bravura, there are dazzling examples of Mr Harris’ harmonic contributions everywhere. His responses to Michael Rabinowitz on “How Insensitive”, Art Farmer’s opus, “The Third” and the bassoonist’s “Calypso Joe” a clearly models of musical scene-paintings where the listener is treated to musical evocations so daring that one feels the guitarist manipulates rhythm and timbre to achieve each effect produced including – at times – motifs suggested by big, bouncy alterations of quavers and semi-quavers which give “Calypso Joe” for example a wonderful sense of forward movement that is never lost.