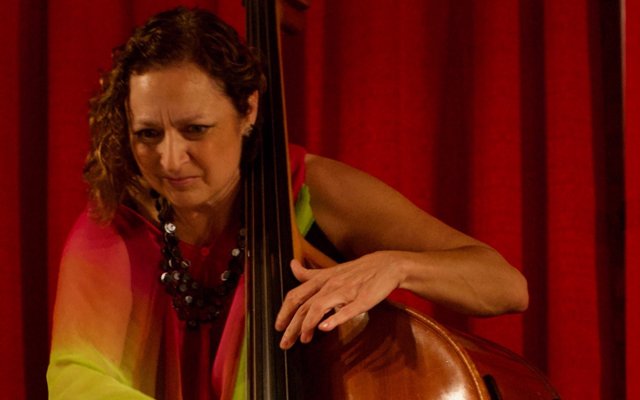 Everything has, indeed, fallen in place for Marlene Rosenberg when it comes to making this album – from drawing in the great Kenny Barron and Lewis Nash; from bringing in Christian McBride to double up on contrabass and having icons like Thomas Burrell and Robert Irving III to join in on vocals, recitation and rap… and to crown it all: to me able to pare things down to a meaningful title with a double-entendre to match. Moreover, for everyone, especially Miss Rosenberg, to play their hearts out on this extraordinarily poignant material… Surely Miss Rosenberg could not have dreamed of a better outcome? 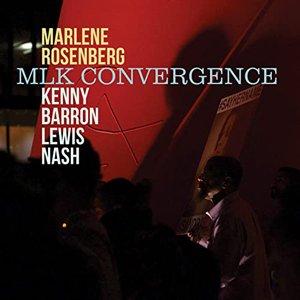 Empathy and altruism are two of the most priceless assets a human being could hope for. Artists – especially Jazz musicians – seem to be blessed by both and it is this that enables them to play this music of the Black American the way it ought to be played. Being able to inhabit each other’s body mind and spirit comes with the first of those assets. It informs the music in a manner that enables seamless playing, finishing each other’s phrases or playing another harmonic variation that seems to emerge organically from the other’s (harmonic) invention. The latter ability enables a musician to want to give his or her life for just one note – the note that he or she ends up playing in the moment.

This is exactly what you hear throughout the repertoire on MLK Convergence. It’s not simply music played by a trio or quartet or quintet. It’s as if each musician is feeling what the other is feeling. This is powerful and lyrical poetry made in a truly organic manner by everyone together. It is incredibly beautiful music to put down on paper, which is part of Miss Rosenberg’s true genius; and so much more beautiful to have been able to play in such a manner as to “hear” these dots as they fly off the staved paper into the air and into your ears and heart and mind. This kind of thing happens extremely rarely. You have to have the perfect mix and Miss Rosenberg lucked out.

As a pianist, Mr Barron is peerless. Like Hank Jones, and Tommy Flanagan before him, Mr Barron’s pianism is a function of his elegant touch and profound expression. The pianist doesn’t read music so much as senses it; and each sensation seems to be communicated by tingling nerves and a poetic mind. Thus the notes and phrases emerge dense with a beauty so great that you may call it the poetry of feeling. Lewis Nash seems to play likewise and this is extremely rare for a drummer. But then Mr Nash is a Jazz artist of the highest order.

Add to that a brilliant cameo from Christian McBride, who brings ingenuity and enormous gravitas to “Not The Song I Wanna Sing” and “And Still We Rise” – two spectacular compositions by Miss Rosenberg, on the latter of which Mr McBride’s genius emerges in the gloriously mournful arco playing. The celebrated lyricist and poet Thomas Burrell sparkles on the dark lyric of the former piece as does the vocalist Robert Irving III. And that leaves the performance of Miss Rosenberg to talk about.

Here is a musician who has completely mastered her instrument. Her pizzicato attack is razor-sharp and dazzles with its pristine articulation. There are examples of this throughout – particularly on “Loves In Need of Love Today”. Her own arco playing is exquisite too and may be heard on “Visions”. She propels the bass line melodies of this music with commanding force – gloriously expressed in the bottom end of music. Miss Rosenberg is truly gifted, technically proficient and eloquently musical. Best of all is the fact that she thinks architecturally and this enables her to construct her music with uncommon care paid to substantive aspects as well as to the aesthetics of her art.

Moreover, judging by the uncommonly relevant social and emotional content of the music I suspect that she has “felt the music” long before even a note of it has been played by this group. I suspect that she is one of those who human beings who has been blessed with uncommon empathy and altruism.