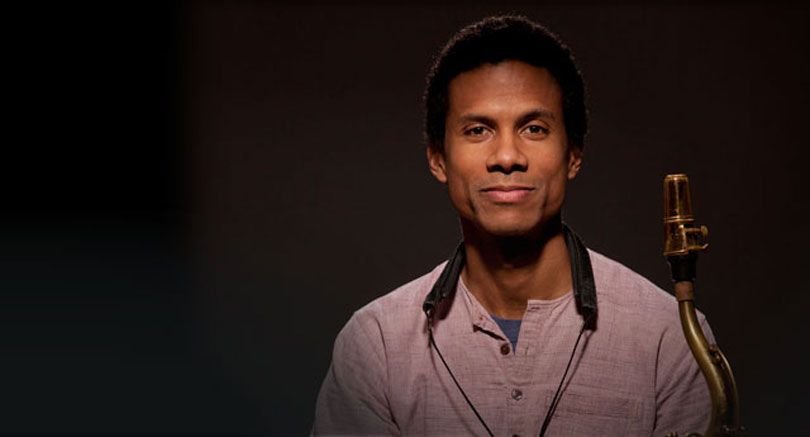 The more mysterious and darker subliminal elements of Ursula Le Guin’s book Lathe of Heaven appear to come to the fore in Mark Turner’s inspired musical interpretation of Ms. Le Guin’s remarkable novel. Like the book itself, Mr. Turner’s music is also a commanding amalgam of left and right brain—the intellect and intuition; purpose and passion. This is certainly how the opening three charts of a suggested suite sound to the mind’s mind. The broad strokes for the musical topography are formed in drama of these three as well as the other tracks, which contain the mysterious nature of the subtext for the entire record. In their spare nature Mr. Turner swoops exquisitely into the extraordinary rhythm of that Lao Tzu’s classic text, the Tao Te Ching. Quill and tenor saxophone vibrate in harmony here. So does the trumpet. Their soft, rolling tone-textures conjure images of the epic scope not only of the classic text, while the stark timbres in “Lathe of Heaven” and “Year of the Rabbit” reference the bleak, yet expansive vistas of Ms. Le Guin’s futuristic book. 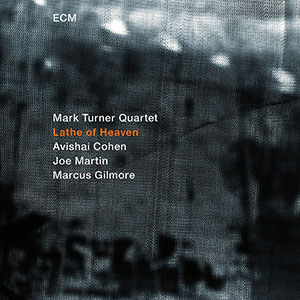 The noble relationship of trumpet and saxophone also convey the dramatic reflective desperation and desolation of a wasteland in the soundscape of the record. But there is also a sense of pathos and catharsis in the eventual resolution of suggested counterpoint between trumpet and tenor saxophone. This resolution is what opens the vistas for soli by both Avishai Cohen and Mark Turner; the former probing and stabbing to find the exquisite phrases which soar and pirouette in a virtual room full of notes. This seems to make for sudden and spirited responses from the saxophonist who fluid phrasing marks his own ferocious lines thereby inviting bassist Joe Morris and drummer Marcus Gilmore to provide a gently rocking accompaniment to the turning and twisting harmonics of trumpet and tenor saxophone. This happens time and time again throughout this immaculate record.

Although the profound—almost broodingly so—nature of the music paramount here, this does not preclude the more spirited releases of creative energy that propels music like that on “Ethan’s Line” and “Sonnet for Stevie”—the latter being a magnificent homage to Stevie Wonder. Throughout, the rapid-finger technique and exuberance of Mark Turner’s saxophone herald an unique meeting of masterly virtuosity combined with deeply felt emotions. Here is where the plot of Ms. Le Guin’s novel and Mr. Turner’s music take divergent paths although the relationship of the musicians, like the relationship of the books characters remains similar in terms of the dreamlike arrangements of the music. “The Edenist” is a superbly crafted example of this as is “Brother Sister 2”. And while the expertly arranged muteness of the brass and winds continues to suggest that something great is being written here, there is also a sense that the music of these two pieces is built on freewheeling episodes in a continuing narrative. But is there is more than anything else to this affecting dreaminess of the music it is the profundity of the blues. This is what makes the musical odyssey all the more beguiling on this interesting and attractive record.

In a career that spans two decades and encompasses a broad array of musical ventures, saxophonist Mark Turner has emerged as a towering presence in the jazz community. With a distinctive, personal tone, singular improvisational skills and an innovative, challenging compositional approach, he’s earned a far-reaching reputation as one of jazz’s most original and influential musical forces. Read more…