Home Music Joe McPhee: As Serious As Your Life 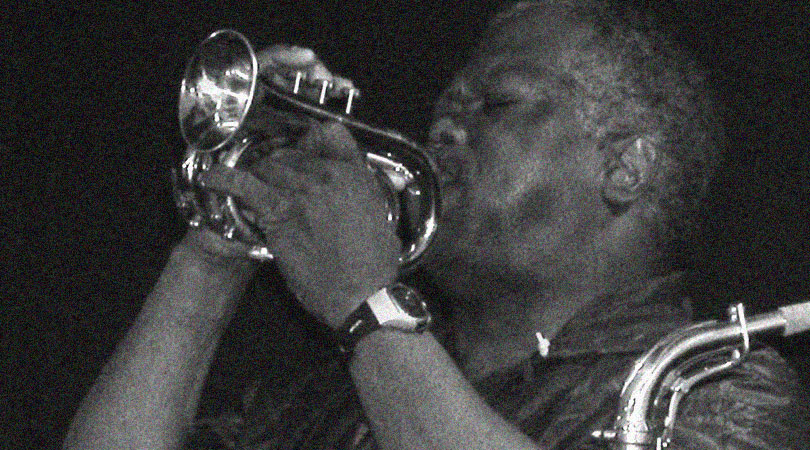 The multi-instrumentalist, Joe McPhee is not just an artist on the roster of hatHUT records, the iconic label from Basel, Switzerland. He is part of the folklore of the label. It was McPhee who started the ball rolling in the first place. In 1975, it was after listening to Joe McPhee that Werner X. Uehlinger resolved to form the label; to document the music of Mr. McPhee. In 1996, twenty-one years after the founding of the label, Mr. McPhee decided to do something that led to returning the favour. He revived something that was dormant for several years—Project Dream Keeper—a celebration of Mr. McPhee’s revolutionary solo career took not only took flight, but was documented for the first time on CD with As Serious As Your Life. On the recording, Mr. McPhee played reeds, pocket cornet, piano and electronics. So revolutionary was the recording that it came to be listed as one of the essential recordings in the history of Jazz. It is gratifying indeed that after almost a decade if being virtually impossible to get that hatHUT has released this seminal record again. 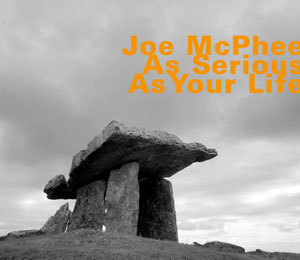 As Serious As Your Life sounds as famously minimalist as it did when it was first released. Its musicality is still almost too fragile to behold. And just as it did eight years ago, it has a voluptuous muscularity to it. Inhabiting a rarefied realm as it does, the music seems to emit vibrations that are reminiscent of tenacious oscillations of musical tendons, so to speak, swinging free of the notes that hold it down to a specific ascending or descending sound. All of this bodes well for the extraordinary control that Joe McPhee exercises over his instruments, especially in passages that require formidable tonguing technique—such as “The Death of Miles Davis”—which calls for the artist to take long, almost interminable breaths between notes that are struck as much by his tongue against the reed as they are by expelling controlled breaths from the dark recesses of his soul. It is visuals such as this one that mark the non-narrative-ness of a song that has a painterly story to it; a canvas on which to experience the passing into ether of Miles Davis, who was himself, the quintessence of that elusive fifth element of creation. This same crazed energy drives another superb improvisation: “Conlon In The Land Of Ra,” none too obvious a harkening to a fabled meeting of famous ghosts: Conlon Nancarrow and the heliocentric worlds of Sun Ra. “Ain’t Nothin’ But The Blues” is soulful, melancholic raw and gutsy. A Brilliant master-class on where Jazz gets its elemental beauty from another point of view.

“As Serious As Your Life,” is broken into two parts. The movement of the composition challenges convention by exploring the contrapuntal trajectory of the written elements of the piece. Unusual voicings draw attention to mighty harmonic elevations. This is interspersed by crowd-whipping accelerations. In contrast to the fleet and curvaceous indulgences of the first part of the piece are the serious and sustained time-stretching movements of the second part. Both are substantial resolved in the endgame of the second part of the piece, so it might be advantageous to listen to the parts one after the other rather than further apart as they are placed on the disc. The record also offers two familiar pieces in spectacularly unfamiliar form: One is the George Gershwin standard, “The Man I Love” and the other is John Coltrane’s infinitely gorgeous “After The Rain”. In the event of forgotten classic interplay of melody and song, Joe McPhee makes this proffering of profound beauty. Of course the record would have been something to die for even without these charts. The fact that Mr. McPhee has added them here only serves to strengthen the listener’s resolve to own a copy of this masterpiece.

Joe McPhee, born November 3,1939 in Miami, Florida, USA, is a multi-instrumentalist, composer, improviser, conceptualist and theoretician. He began playing the trumpet at age eight, taught by his father, himself a trumpet player. He continued on that instrument through his formative school years and later in a U.S. Army band stationed in Germany, at which time he was introduced to performing traditional jazz. Clifford Thornton’s Freedom and Unity, released in 1969 on the Third World label, is the first recording on which he appears as a side man. In 1968, inspired by the music of Albert Ayler, he took up the saxophone and began an active involvement in both acoustic and electronic music. His first recordings as leader appeared on the CJ Records label, founded in 1969 by painter Craig Johnson. These include Underground Railroad by the Joe McPhee Quartet (1969), Nation Time (1970), Trinity (1971) and Pieces of Light (1974). In 1975, Swiss entrepreneur Werner X. Uehlinger release Black Magic Man by McPhee, on what was to become Hat Hut Records. Read more…