The dreamy, atmospheric sound of music by Marco Sanguinetti may sound like it is coming from a dim, dark past but it is very much of the present. His work marries the expressive richness – the equal of any neo-Romantic contemporary music to a complexity that retains some of his own secrets. His simple, percussive pianism with its hypnotic choral-like harmonics belies an astonishing complexity and maturity and is often built on a combination of literary and often popular musical sources which, in turn, makes it irresistibly alluring. 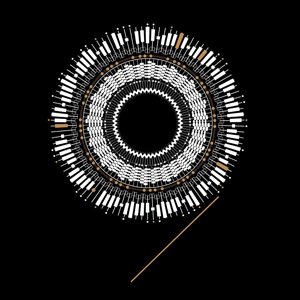 Always expressed with a deep sense of social consciousness which is never strident yet has an instant, almost innocent and non-didactic appeal the music that Mr Sanguinetti creates is so deeply contemplative that he could easily be recognised in headily academic intellectual circles as being the Socrates of the coffee house, jazz club or even a rock amphitheatre. The music of 9 is bound to have an exceptional effect on the listener with Mr Sanguinetti’s ever-present piano which he plays by inventing unusual combinations of melodic and harmonic relationships both on the keys and inside the instrument, often with heavy use of the sustained pedal. All of his works here have a sense of creative introspection; the musical detail of each song is as beautiful as ever.

But the pristine tone of his enunciation, gossamer textures and ear-teasing sonorities are married to a sense of large-scale form and dramatic purpose. This is revealed in his use of extracts from American Congressional discourses adapted from Ossie Davis’s 1972 recording The Congressional Black Caucus on “Subte” and the poem “Der Radwechsel” a poem by Bertolt Brecht dedicated to Therese Giehse, the actress who famously played the lead in the world premiere of Brecht’s Mother Courage and Her Children in 1941 at the Schauspielhaus Zürich. Both tracks superbly meld the spoken word (and in the latter) poetic content, into Mr Sanguinetti’s riveting music.

Mr Sanguinetti once again makes poignant use of the droning harmonium on “Escena final”, the funerary elements of the melody are evocative of the black and white darkness of German expressionism. Again, Mr Sanguinetti uses light and darkness to create dramatic extremes but might also suggest shades of grey in his vivid narratives. Here he puts the cello of Violeta García to superb use as he also does with the ubiquitous Migma and his brilliant manipulation of the turntable. Despite the resident darkness in much of this music it is nevertheless, the ultimate triumph and joy suggestive of human freedom that invariably emerges from Mr Sanguinetti’s extraordinary music and this is what makes his music irresistible, and this album one to die for…